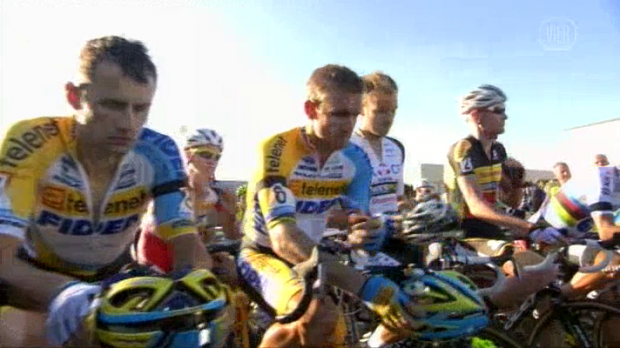 #SVENNESS 2.2 from In The Crosshairs on Vimeo.

In #SVENNESS 2.2 we take a look at the relatively unspectacular course at the GP Albert Van Damme Laarne. But you don’t need an amazing course to have amazing racing. Maybe it was the emotion of Amy Dombroski’s passing and the moment of silence before the race that motivated the Fidea Telenet crew, but they were not going to be denied on this day.

Speaking of Amy D., please support her memorial fund by buying a shirt from our friends at Handlebar Mustache. http://www.hbstache.com/SearchResults.asp?Cat=120

And if you have a moment, check out Skills, Drills and Bellyaches: A Cyclocross Primer at www.cyclocrossbook.com.

Footage for this episode via Vier http://www.vier.be/tags/cyclocross
Additional footage from Sporza http://www.sporza.be/cm/sporza/wielrennen/veldrijden