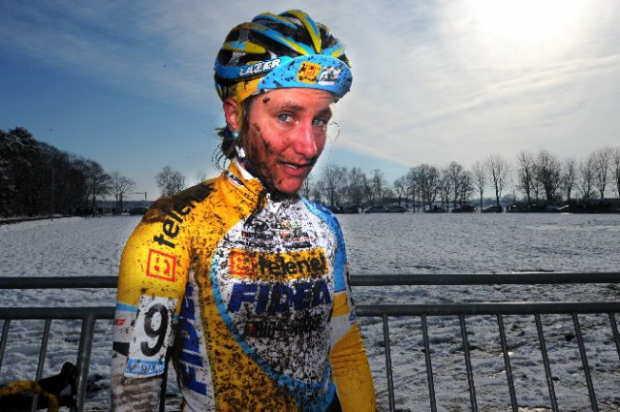 The brightest light burns at both ends

The cycling world lost one of its brightest shining lights when Amy Dombroski was struck by a truck and killed on a training ride today in Belgium.

Amy had just been here in the States to race Great Brewers Gran Prix of Gloucester this past weekend, and I delighted along with thousands of other screaming fans to cheer for Amy as she powered her way up and over the stairs and off into the swirling clouds of dust, her brightly-hued Telenet-Fidea kit and bike shining in the afternoon sun.

She finished strongly both days, and had just embarked on her annual pilgrimage to Europe for the start of the cyclocross season over there. Now, the calendar will have a huge gaping hole in it where Amy’s entries would have been.

I will not pretend that I was tight with Amy. We had a friendly relationship, as she was one of our contributing pro racers for Cyclismas, and one of our first social media protégé projects coordinated by Dan Ellmore just about two years ago. I was her editor, and in our many encounters in both virtual and real life, I always felt lucky to know her, and envious of her really close friends.

Her last blog post for us was a great piece about cyclocross being the ugly duckling of cycling, yet infinitely better because one day it would blossom into a gorgeous swan. You should read it.

Pretty much every day she tweeted a “picture of the day.” It was always something cheerful and inspirational, and if you were in a shitty mood, your spirits would be elevated. Often it would be a beautiful scene from her beloved home state of Vermont. The foliage was just starting to change, and you could tell how much Amy loved fall in New England by some of her most recent photos.

And now she’s gone. The Providence Cyclo-cross Festival is this weekend and I am struggling to pack my kit and get my bike stuff sorted to race. I can’t seem to get out of my own way thinking about how sad it’s going to be to see everyone’s gutted reactions, like we all got a big sock in the stomach through some cruel twist of fate.

But as a friend just said to me, “it’s a celebration of what she loved, no better place to be this weekend.” 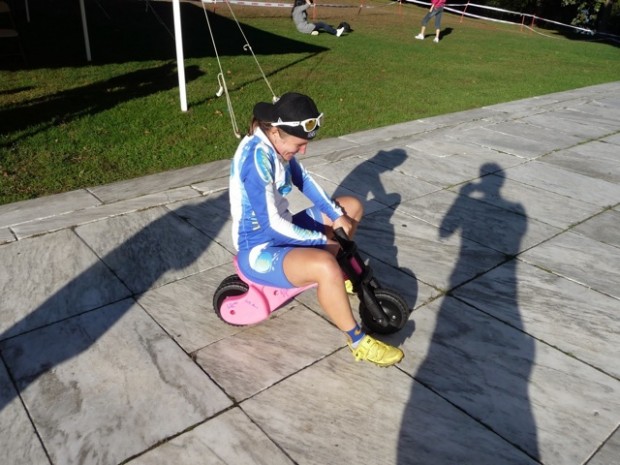