Women’s Cycling – Not all glitz and glamour

Featured guest author Stefan Wyman is the Owner, Sports Director and Manager of the Matrix Fitness/Prendas women’s cycling team. Previously a rider himself, Stefan entered the world of team management in 2004 with Team FBUK. Specializing in women’s racing, Stefan has experienced huge success; not only in developing riders on the road as a Director Sportif (DS), but also as one of the main engines behind the scenes. 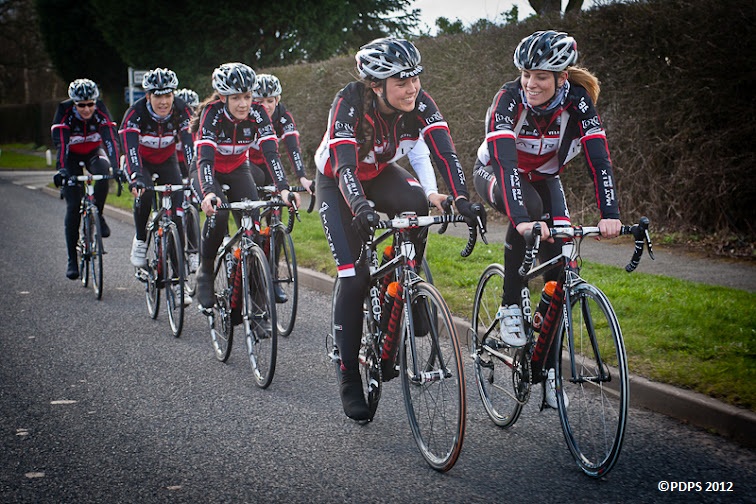 In major races, he has led his team to many successes, including a stage win and young person’s jersey in the 2009 Trophy d’Or, World Cup podiums in Cyclo-Cross, and multiple national championship victories.

We welcome Stef to the Cyclismas merry band; you can find him on Twitter @ds_stef, and on the web with his team – @onthedrops – at http://www.onthedrops.cc/

There isn’t anywhere in the sporting world quite like women’s ‘professional’ cycling.  I’m not talking World Cup racing, but .2 level racing in the bread and butter races of Northern Europe.  It’s a cauldron of mixed abilities, ambitions, and opportunities.  A blend of high professionalism and keen amateurs who just hope they’ll get a “well done” when they inevitably pull out, having been given a lesson in the art of riding in the gutter by seasoned pros.  At the weekend I went to my first UCI-ranked road event this season, and the gap between the top and the bottom of the sport has never been more evident.  A great thing to see, as both the top and bottom have raised their game.

I was managing a Dutch team for the day, having been asked the previous week.  Why not, I thought, it’s a good chance to see the competition a few weeks in advance of my own team’s first events in Europe.  I had the pleasure of the company of a Canadian rider about to enter her first European event.  As we turn into the home straight in search of the unmarked parking area we pass the tour bus of Rabobank and finally settle in a parking space in the shadows of the AA Drink truck.  I could see the nerves of my passenger increase but understood the reasons.  The difference between the top and bottom of the sport is vast.  Not only that, but they’re all in the same race, which seems unfeasibly unreasonable.  It’s the equivalent of the local pub football team playing Manchester United and Real Madrid in a football tournament – never going to happen.  Lambs to the slaughter, and be fair, she was.  But fair play, she did it, got the first event done and she’ll be more prepared for the next event and ready to challenge for bigger results.

Compared to when I became involved with the sport over the eight years ago, the sport is now unrecognisable.  The professionalism at the top of the sport is unquestionable, the quality of the race organisers is increasing, and the desire of those involved in the sport to move it forward it higher than ever.  Hey, we even have fan girls now; thank god for the invention of the Internet as a tool to help drag the sport forward.  There are things that remain unchanged, like the rules; still one tier of team registration, still no minimum salary, and seemingly no quality control of UCI race applications.  We continue to be dogged by race cancellations, including now the Tour of Languedoc-Roussillon.  Despite the apparent lack of assistance from above, which will no doubt change when Marianne Vos takes over in the UCI hot seat in a few years, the top of the sport is really forward at a great pace.  I was sat there in front of what I can only assume is a converted horse box that houses the British-invaded Dutch squad of AA Drink, thinking how distant of a dream that seemed when I got involved in the sport.  A positive change, but a loss to horse racing. 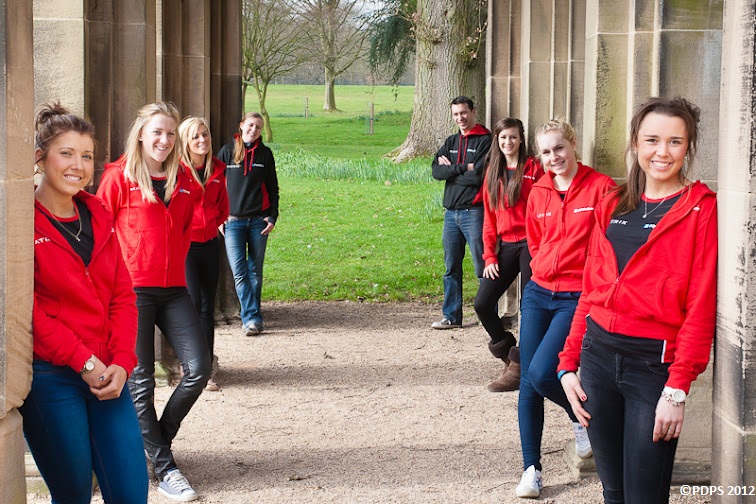 The team at Trentham

But it’s not all glitz and glamour as I have already alluded. The competition for the mighty team of Rabobank and Marianne Vos includes club teams run by ‘Boyfriends and Dads’ (or BODs, the appropriately-named women’s cycling equivalent of WAGs in football).  Campag spares for Shimano bikes line the clapped-out cars and last minute panic fixes for poorly-maintained bikes, usually involving gaffer tape and hammer, still take place.  I must say, standards are being raised, year on year. The strength in depth is coming, and it was great to see the juniors getting a 3-day event alongside the elite event, to showcase their talent in front of the world’s biggest teams. I wouldn’t still be involved with a sport I felt was going backwards. 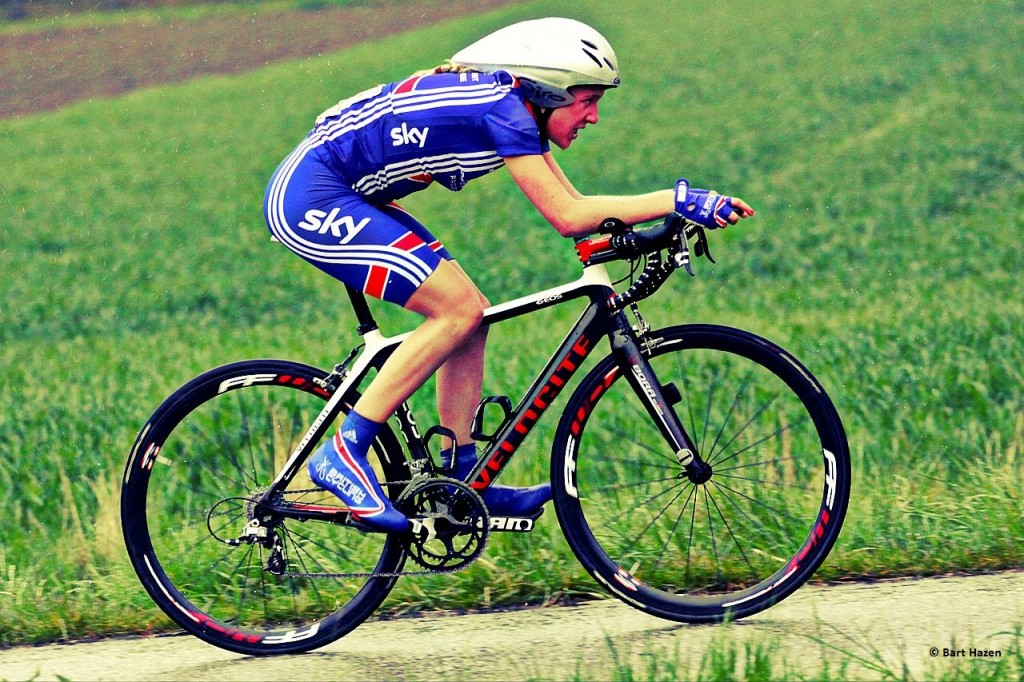 One wonderful part of women’s cycling is the accessibility of the riders and teams.  Before the race started I was with another North American rider, Canadian sprint powerhouse Joelle Numainville.  I had the pleasure of managing her as part of a Canadian Cycling project in 2009 (She won a stage, so my memories of her are only good).  She’s hyper, really hyper, I mean really, really hyper.  I only understand about 50% of what’s she’s saying, but she’s a lot of fun and I was pretty gutted to see her lying on the floor after about 3kms.  Her race was over, but hopefully it’s only a small setback for her.  There’s so much pressure on the riders this season with Olympic qualification, and for nations like Canada with reduced numbers for the games, the competition for places is high.  I’m sure 3rd place is Flanders is going to be enough for Joelle, but you never know.  But there aren’t many sports where fans and the opposition can share a pre-event coffee with a true star, albeit a hyper one.

As a team we’re looking to make the big step up to the dizzying heights of professional status next year. We’re not far away from entering that secret society and being able to bring you stories from the inner compounds.  To be reaccepted into the ‘team clique’ as we’ll once again be showing the UCI Women’s Teams logo on our vehicles with pride.  That’ll mean I have to polish my French yet again, and flem up my Flemish as we look hit the transfer market harder than Manchester United to sprinkle a little fairy dust on our young squad and see if we can learn to leadout like a well oiled Teutenberg train. 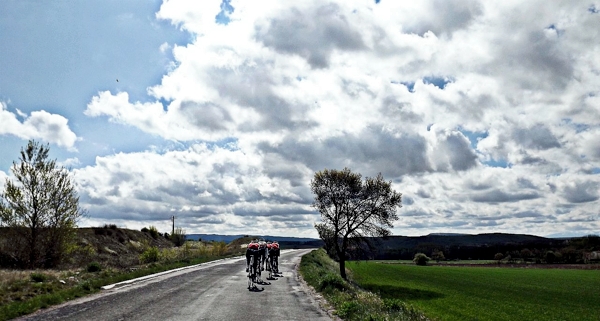