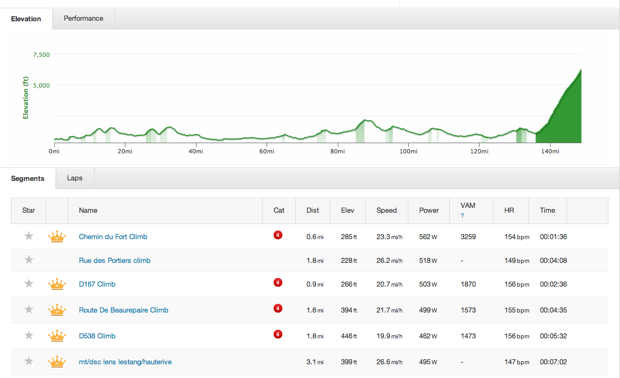 View from the Peloton 6

I think we need to talk… I love the fact that you’re a ‘pro’ sport/health/exercise/cycling business, and I can see that you’re doing your best at encouraging people to just ‘get out there and do it’… BUT… it’s just not going to work out between us.

It’s not you, it’s me… actually no, I take that back. It’s the way you make people behave, that’s what does it. I know I said I ‘love’ a few things about you, but I’ll be honest, I’m not a Strava disciple, and I won’t be becoming one, sorry but it’s over before it ever got started.

For me, riding my bike is about the outdoors, the effort, and is just as much about the camaraderie. I do have rides where I want to do something structured, which I do alone with an iPod, but those rides are for me to do ‘my efforts’ not for me to see if I can steal a KOM off somebody I don’t need to know who did it on a different day, in different weather and on a different ride. When I do a group ride, it’s for a recovery spin and a chat, or a club crit race, or the local chain gang, during all of which there is interaction with my friends and we ride according to the conditions. I don’t want to be comparing every pedal rev I do in my life with the online world.

The worst habit you are responsible for, though, is the creation of the ‘unsociable group ride’. In the middle of a nice relaxing group ride, usually mid-conversation, someone takes off at full speed like they’re being chased by a pack of rabid dogs, followed by other Strava warriors who will sit on then outsprint them for the end of the segment!

The epitome of this was a recent chain gang ride I was on. Halfway round there is a 1-2 mile section where the smoothly-operating line falls to pieces and race mode kicks in, and all because some idiot made a Strava segment in the middle of the route and the ‘disciples’ can’t bring themselves to overlook it on an organised and well-drilled paceline ride, and instead blast it flat out even with a sprint for the ‘win’ at the end.

And when I say win, I don’t mean a pay-to-enter, pin-on-a-number, have-a-PROPER-race, take-home-some-prize-money WIN! I mean they get the chance to go home, upload their data, and be the best sit-in sprinter on that ride on that day and see if they are faster then anyone who ever rode that section of tarmac…

While I am on the subject of racing and winning… you can’t win a club run, or a chain gang or a sportive… THEY’RE NOT RACES.

Don’t get me wrong, I love a good sportive, I’ve done them all over the UK, plus the Swiss Alps and the Italian Dolomites. Seven hours riding up and down stunning mountains is an incredible day out, but racing them? Nope not a chance… My strategy is to start almost last, riding as fast as I feel like, pass a few people, then after four hours go and sit in a restaurant for lunch, watch them riding by looking bemused, then finish the ride and catch a few people who were looking at me funny as I sat at a table outside a bar eating a pizza!

Although in many ways (usually during a media interview) Cav can be a bit of a loose cannon, on the whole subject of number crunching, power tests, and virtual racing he is a shining example. During his younger days he could not produce a SRM test result good enough to qualify for the GB team, but when you put him on the start line of a ‘proper’ race it’s like he was hard-wired to turn himself inside out to do whatever is necessary to cross the line first. NOW THAT’S RACING.

I want to ride my bike to get out there and turn some pedals, disconnect from an endless online barrage of emails, tweets and DM’s, get fit and enjoy myself, but I never forget that it is ‘training’ – as in training yourself to be a better cyclist ready for RACING.

Strava, you’re blurring the lines between a training ride and a race by making all rides ‘races’ – or should I say ‘raceable’ – even though your disciples aren’t racing against someone there and then, not holding a wheel, sheltering in an echelon from a cross wind, waiting for an attack, or making a winning move. They’re riding on their own, blanking the guy next to them hoping he doesn’t win, then uploading their ride to see if they’ve beaten people who weren’t even there.

When it comes to knowing what is and isn’t a race, here are three simple ways to tell what you are riding:

So, Strava, I’m sorry things didn’t work out between us…. Even though I am a technology-loving Internet nerd who does this for a living, we just never stood a chance, and we need to go our separate ways…

XOXO (no really, I mean it)