Eating a whole chocolate letter all at once, and then hiding the box at the bottom of the trash bin to make sure your boyfriend doesn’t find out what you did. So it’s almost like you didn’t really do what you did.

Do you recognize this weird behaviour? 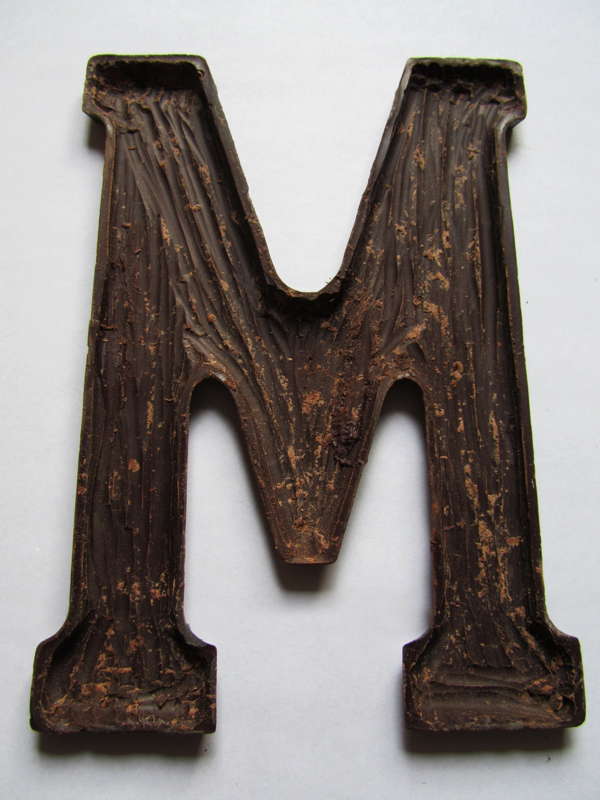 Eating a whole chocolate letter at once isn’t good for anyone – not only because of the gazillion dirty calories in the deliciously brown letter, but also because for an athlete, it’s a mortal sin to let yourself go like that. Maybe it could be justified if you did a thing like this at the beginning of the off-season, after a hard year of racing without even sniffing at a chocolate bar. But at the end of the off-season, or actually at the beginning of the winter months full of hard training, where you need to pick up the discipline again… that’s where you really can’t do a thing like this.

But someone gave me a chocolate letter.

There you go. And once I got home, I felt hungry. So I pulled the box open, very carefully, still. When I got to the plastic wrap around the chocolate, I couldn’t hold myself anymore, so I fiercely tore the plastic in pieces. And once the letter finally lay in front of me, I had already eaten one broken-off leg of the M without even realizing what I was doing; without even tasting it.

So I broke off another piece. I should have let that piece melt in my mouth, I should have taken the time to really enjoy the full flavour and texture of the delicious chocolate. And I should have put the remainders of the letter in the kitchen drawer. But no. With the prospect of still having a big chunk left, it was more like chew-swallow-gone. And after that, well, after that I realized I had misbehaved so badly already that I’d better eat the whole letter. Because then it would be gone. I ate the last piece with a slight feeling of reluctance, even. But hey, I had to finish it now.

I stared at the empty box on the kitchen table and frowned. I licked my index finger to pick up the last cholocate snippets. After that, I picked up the box and the wrap and crammed them as fast as possible in the bin. I buried it all at the bottom, where no one would ever be able to find them.

I ask myself, are there other athletes who, once in a while, let themselves go like this? Or am I the one and only cyclist without a backbone? I felt really weak after this binge of gluttony. Undisciplined. Someone who shirked duty and swung the lead. Someone who will never be successfull because she can’t even bring herself to just put the chocolate letter away without opening it. Or okay, maybe opening it, but just biting off a tiny little piece and really, thoroughly enjoying just that morsel.

But hey, I tell myself. No one saw what I did. Not a single soul knows I gorged on an entire chocolate letter all at one sitting. Really. That chocolate letter never existed. I didn’t do anything, I am innocent.

And tomorrow I will better my life. From tomorrow and going forward, I will be that disciplined athlete who doesn’t eat candy.