Race through the streets of my youth

The Ronde van Drenthe: I’ve never ridden this course over familiar ground. Saturday will be the first time.

Once the race starts, we’ll be rushing through Oosterhesselen at about 12:20 pm. If I look left over the flat land, I’ll already be able to see the church tower of Sleen in the distance.

We used to make it a game when we were kids, my brothers and I, in the back of our Volkswagen Jetta – who would see the tower first? Especially after summer holidays we peered eagerly, because seeing the tower again was extra special after such a long time. It meant we were back home. Within minutes we could grab our bikes, which always felt special after not riding for three long weeks. 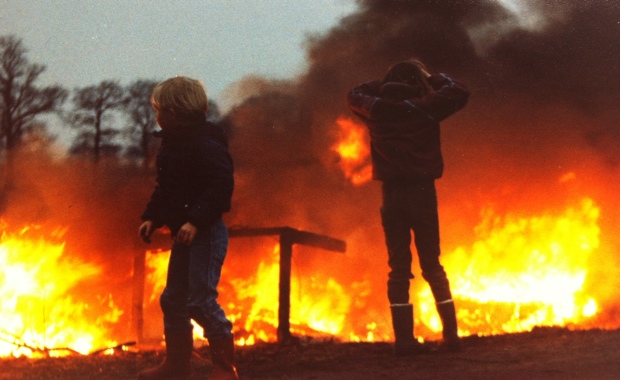 The farm of the Heeling family at the left side of the road, the river Jongbloedvaart at the right side – where they for sure are already building the kindling for the Easter fire. The asphalt road changes into klinkers, we bounce into the village of Sleen.

Along to the Slener Bazaar. Oh, the Slener Bazaar! You could buy anything at that local shop, according to my mum. After a long and futile afternoon in the city center of Emmen, looking for an egg cutter or the right kind of hoover bags, she always sighed, “Okay, let’s take a look in the Slener Bazar then,” and of course always returned with what she was looking for. Always.

I used to buy marbles and birthday gifts for my classmates there. This was a pretty tricky business, because everyone else in my school did the same. So before you knew it, we had all bought the same box of Lego for the birthday kid. 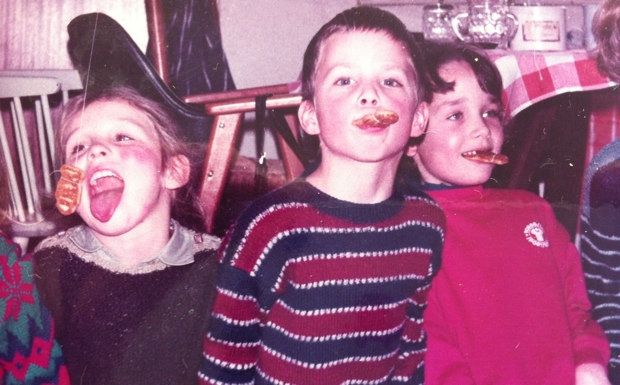 In front of café Het Wapen van Sleen: sharp turn to the right. There used to be a phone booth in the middle of the green there, from where we called sex lines, howling with laughter. Numbers which women could call for free, with paying men at the other side of the line, who expected everything but screaming children.

Along to the old police station. The station where my little brother reported a crime once. He was five years old and had lost his slippers. He probably left them somewhere in the street between school and home like he always did, and this time my mum had told him: “You can’t come home before you’ve found your slippers.” So he walked to the police station on his tiny legs, rang the bell, and told the officer who opened the door that his slippers were stolen. Or lost. I don’t remember exactly how this ended, but I would give the world for the document the officer had to type that day. 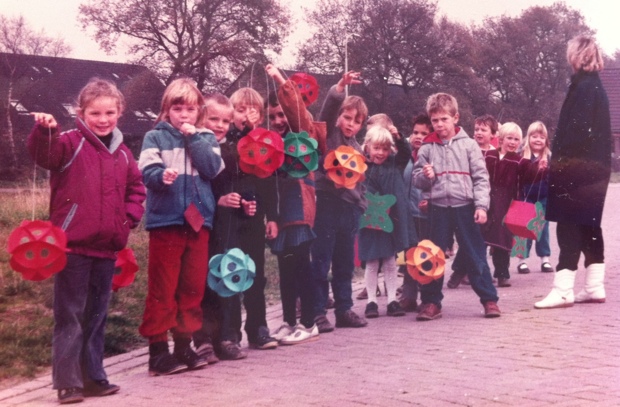 Along to Bakkerij Schepers, the local bakery, where as a teenager I worked every Saturday. At 6:30 in the morning the delicious smell of fresh croissants lured me into the warm bakery. Waldkorn bread for 3 guilders 15, a casino brown bread for 2 guilders 60.

Now along to Tankstation Oudeboon, the petrol station, which we always visited first at Sint Maarten, because they didn’t give the kids mini candy, but the real stuff – full-size Snickers and Twixes – which were still called Raiders back then. 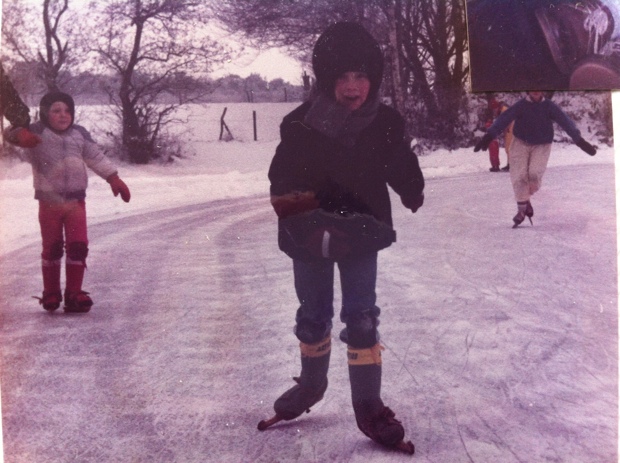 Keep left along the grocery and the snackbar which turned into a bar and later into a restaurant, where I used to drink a lot of beer after the volleyball matches I played every Saturday.

Next up, the bus stop. Line 21 Assen – Emmen. I always went to secondary school by bike, unless the weather was really bad. On those days, the wet-dog-smelling bus was packed with school kids, who wrote in one movement with their forefingers LUL on the foggy windows.

Turn right to the big road. The ice skating rink at the right, the Eerste Bosje at the left: end of Sleen. It’s almost 12:30.

Eighteen years of my youth have gone by in barely ten minutes.