Cyclists are always competitive. You would think that about 100 days of racing per year would be plenty to show one’s strength and determination, but it’s not enough for the typical cyclist, we even have it in our few months without races. The closer the season is getting the more evidently this shows. Especially in the age of social media, a great way to tell everyone how good you are and how hard you have been training is via Twitter or Facebook. I just shake my head when I read yet another cyclist tweet about exactly how many hours he trained and with how many watts average he managed to do the ride. Oddly enough, it’s usually the guys that don’t tweet about their exact training that win the first races of the year. Pity, that way I still can’t learn what I’m doing wrong… 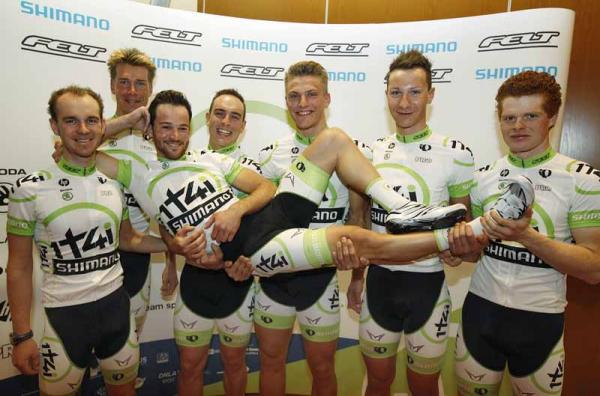 The only time I know for sure what all my teammates are doing is during training camps. Before the races kick off every team has a training camp in January, which is a good way to finalize all the pre-season training. So close to the start of the season the competitiveness in cyclists soars to new heights. Most riders think they haven’t just done all this training in the lead up to the camp just to train some more; it’s time to find out exactly how much everyone has trained. The more old-school tactic of showing one’s strength is being used, the half-wheeling technique. The trick is, when riding on the front of a group, to ride about half a wheel’s length in front of the guy you are riding next to. This is a very effective technique to get the speed of the whole group up, as the rider next to you doesn’t want to show his weakness and will try to ride exactly next to you, thus speeding up. The half-wheeling technique is often used subconsciously, but when you’ve been training hard and you feel good you always want to go faster and it happens ‘automatically.’ For other riders in the group, at that moment sitting in the wheel thus can either be hilarious (look at him showing how good he is) or extremely frustrating (wow, he’s good, he hurts me even when I’m sitting in the wheel).

My team 1t4i trainer knows very well how to work this competitiveness positively into training hard without getting frustrations, and it’s painfully simple – he makes us do really hard intervals together with a teammate. This is incredibly effective because it makes every rider go to the max to beat the teammate in that particular interval, and it makes every single rider so tired that they don’t want to go faster anymore. Problem solved. 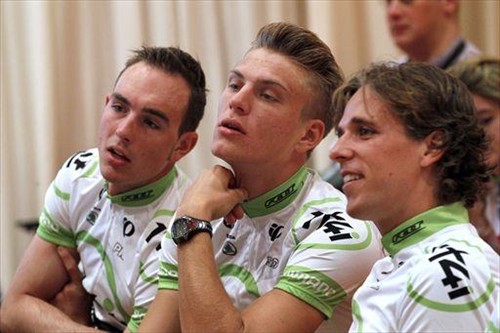 Unfortunately I can’t say I never show any of the above-mentioned traits of competitiveness. Honestly, I can’t even handle losing a game of pool against a teammate at training camp. I guess it’s time for the season to start. Bring on the Tour of Qatar or I’ll start racing my shadow out training.

Koen de Kort is a professional Dutch cyclist riding for the Pro-continental Project 1t4i (former Skil-Shimano) cycling team since January 2009. If he manages to find the time, Koen will try to keep us updated on his training diary, and possibly give us reports after every race so you can gain an insight into the peloton and Koen’s experiences within it. We are thrilled to have his voice joining the chorus of lively commentary here at Cyclismas. You can follow him on Twitter @koendekort and at his personal website as well as enjoy the team antics at Project 1t4i website.