I cannot enjoy myself while on my own

I always envy people who can enjoy themselves without company. They happily go to the cinema alone or visit a concert on their own. I just cannot. I need someone sitting next to me, so I can nudge and say: Do you see that? Cool, huh? For the same reason I keep spamming friend and enemy alike with songs, YouTubes and photos I like or think funny. I want to share it, to make other people laugh or cry like I do.

That’s why I would love to have an onboard camera on the bike, so you could all join me on my gorgeous bike rides. Catalunya is breathtakingly beautiful. It’s so green, so rough, so picturesque and yet so deserted.

I found some new roads on the map (I mean Google Maps) I wanted to explore, to Sant Hilari, a small town which used to be a spa. The sun was shining, it would be a nice and warm day. The fields were hazy. I drifted along a wide valley, the road dropping away slightly beneath my wheels. The sand-coloured chapels in the villages I sped by just peeked above the fog and lightened up in the warm January sun.

At the bottom of the climb it smelled of wood. Timber lay piled up at factory grounds. In the lee of the slopes it was even warmer. I took off my arm warmers and tried to take a photo of my bare arms, but caught my shadow on the asphalt. 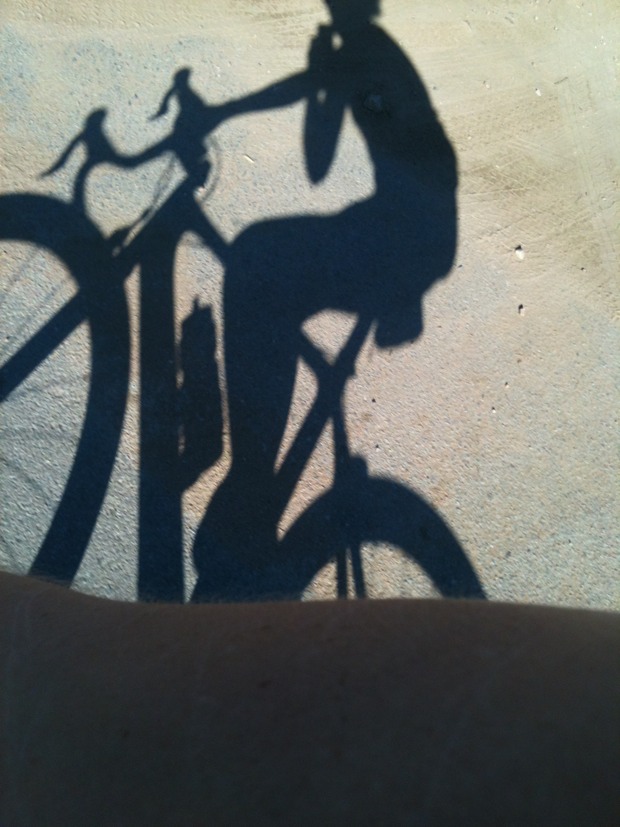 The road wound up, into the woods. Dozens of tiny rivers ran down from the opposite direction. Splashing and hissing they meandered along, giving the big rocks in this valley a moist and shiny glow.

The vegetation next to the road became more impenetrable. The trees looked like they came straight from a fairytale, covered in dark green moss as they were. I passed by the partly overgrown cottage of Hansel and Gretel. It could also have belonged to Little Red Riding Hood. Anyway, it was deserted right now. All of a sudden I found myself back in the bright sun again, blinking my eyes in the fierce light. I stopped for a pee. No living soul here. Apart from my own splattering, I didn’t even hear a single sound.

The road got steeper. I stood up, pushing the pedals. I heard a creak in the crankshaft, but not for long, for a flock of sheep appeared to drift along the valley next to me. Sheep with big bells around their necks. Bleating and chiming filled my ears, the voice of a shepherd shouting, a dog barking. I kept staring at the valley, but didn’t see a single movement. I rode along, further and higher. The sounds disappeared. I was riding here for an hour already, but didn’t meet a single soul.

Suddenly the solidute frightened me. What if something happened, what if I would meet someone evil? Would anyone find me, rescue me? I was riding here for such a long time already. When would I finally reach the top? Then, in front of me, the shape of another cyclist loomed. He rode so slow he almost toppled over. I rushed by, murmering ‘adieu!’ to him. The man shouted at me, in Spanish. Or Catalan. I halted, turned my head. He shouted again. I gestured at him that I didn’t understand what he was saying. Okay, bye bye, he waved at me. I started to push on again and gone was the man, the other lonely cyclist at this mountain.

Almost at the top the trees diverged. One beautiful view vied with the other. I tried to capture them in photos, but the pictures didn’t even look like the overwhelming reality. I called my boyfriend, pretending to ask him where he was. I managed to be on my own for quite a while. But once the scenery really took my breath away, I couldn’t take it anymore. It was too much for me alone. I just had to share it. 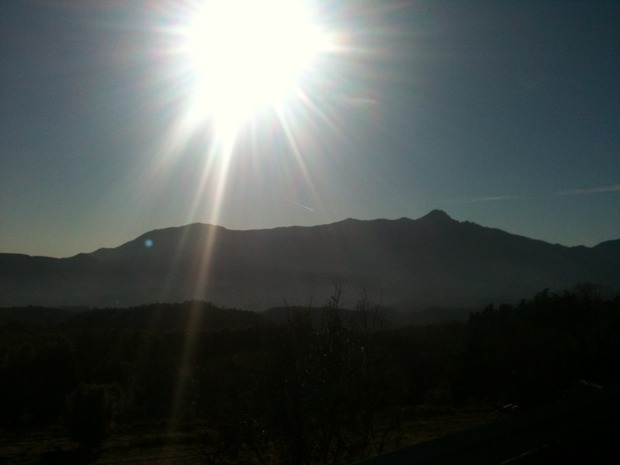