I hardly ever saw such a small man on a bike. If I ride next to him, I feel like a giantess. You would think he’s one of the many professionals here in Girona, because of his beautiful style. Until you look him in his face. Then you see the days of his professional career are long over.

Riding his bike every day is what Neil Martin loves the most. With his son, who followed in the footsteps of his father and now is one of the world’s better climbers. Or with a group. He just wants to ride his bike. And tell stories. Stories about the Olympics in 1980 in Moscow, how he and Peter Winnen ended up in a packed Russian disco, where they only had two records: ‘something with Moscow’ and the YMCA. They kept repeating both records the whole night long.

He teaches me useful Irish words, like ‘doorfull’ for a very large guy. A guy who hardly fits through a door, as it were, a guy who fills the door. I love that word so much that, in my opinion, we should introduce it in the Netherlands immediately – so grandmas won’t tell their grandsons anymore that they’ve “gotten so big,” they just say: “Boy, you’re becoming such a doorfull!”

I keep forgetting that during his career he lived in the Netherlands for quite a while, in a big farmhouse at the river IJssel near Epe, a farmhouse which I pass by a lot during my training rides back home. That’s where he picked up the language pretty well. I really have to watch my mouth in his company. Before I know it he calls me ‘kaaskopje’ and asks me if I like eating ‘brood met speculaasjes.’

And he’s made sure that I never, ever dare to show up with a dirty bike. “What’s the use of cleaning my bike if it gets dirty again tomorrow,” I asked him the other day, not knowing he’s extremely secure when it comes to material. He pierced me with his bright blue eyes and said: “Tell me, do you think the same when it comes to your ass when you’re on the toilet?” 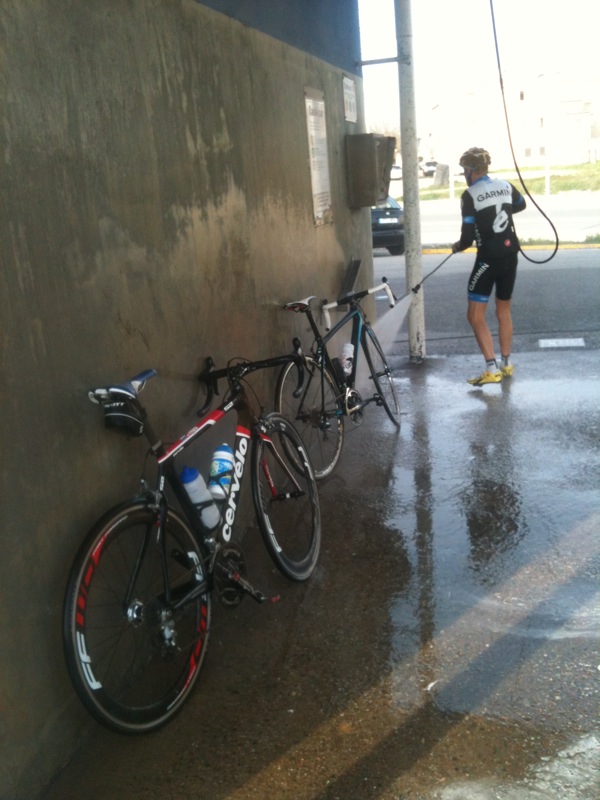 He used to be known as himself. Now he’s known as Dan’s dad. The proud father of a professional cyclist who once was a professional himself. I never saw a 52 year old who’s so fit and so in love with the bike and everything around it. He happily freezes on a scooter for two hours, so I can do a pace training in his wheel. When I’m about to hug him in thankfulness after the session and tell him that I just cannot imagine my Dad doing a thing like that with me, he says with a twinkle in his eyes: “Ah well. Here in Girona I’m not just Dan’s Dad. I’m everyone’s Dad.”