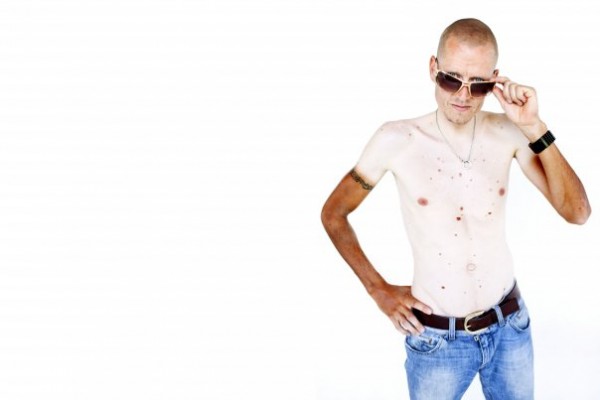 Former cycling professional and Tour de France contender Michael Rasmussen has released excerpts from his forthcoming autobiography that reveal the existence of widespread doping practices in the European pro peloton during his career. Co-authored with Danish sports journalist Pastry Kierkegaard, the book, “Charging While Charged,” exposes the use of banned substances among elite athletes.

According to Rasmussen, professional cyclists regularly used EPO and other drugs to pedal faster than they would have been able to without the banned substances. This little known fact has rocked the normally staid Danish Cycling Federation. “If what he says is true, this means that a great fraud has been perpetrated on the Danish sporting public,” said federation director Njal Saga.

“The drugs were used in such a way that we could avoid detection,” Rasmussen explains. “We took them secretly so that we wouldn’t be caught.” Athletes in other sports have expressed dismay at this revelation.

“If what Rasmussen says can be corroborated, then it means that other athletes might be using banned substances, too,” said Manuel Ortega de Coronado Castillo y Leon, president of the Argentine Football Society and Committee to Re-elect the President.

In addition to his own drug use, Rasmussen claims to have taught doping methods to Ryder Hesjedal, the first Canadian winner of the Giro d’Italia. “I taught Ryder how to use EPO. When he used it, he rode a lot faster,” says Rasmussen.

Several doping experts, however, question this claim. “Its not 100% sure that drugs can always make you faster,” said Paolo Derrigade. “One cannot turn a donkey into a racehorse. However, if true, this could mean we’ve been hoodwinked by a lot of unethical sportsmen.”

In addition to EPO, Rasmussen reveals that professional cyclists used a combination of steroids and other illegal substances to go faster. By using these drugs, he says, the athletes hoped to win races that they could not otherwise win. “You could say they were cheating,” he admits.

These explosive allegations have already had consequences, with some questioning whether the Tour de France victories of fellow Dane Bjarne Riis, as well as victories by Jan Ullrich and Lance Armstrong could have also been achieved through the use of banned substances. Brian Cookson, head of the UCI, commented that “We can’t say anything until we’ve completed our own internal investigation, but if drugs were involved in those victories, there will be consequences.”

Rasmussen’s detailed description of what he terms “doping doctors,” or physicians who provided the illegal substances and administered them to willing athletes, suggests even broader patters of doping. When asked in a telephone interview if he believed that other athletes in sports such as football, baseball, soccer, and chess were also doping, Rasmussen answered, “Yes.”

Not everyone was shocked by the revelations, and some commentators were openly skeptical. According to Phil Liggett, a veteran reporter of the Tour, “I don’t believe it was widespread. Maybe the odd cheater here and there, but that’s it. The vast majority of the pro peloton is, and has always been, squeaky clean.”

Seth Davidson is a poser, a flailer, a bicycler, an attorney, and the Wankmeister behind the wildly popular Cycling in the South Bay blog, as well as the author of the recently-published and imaginatively-titled tome, "Cycling in the South Bay" (which the illustrious editor of this here website had a hand in editing, if you count obsessing over the serial comma and the use of the term "Scot-free.") You can purchase said nifty book here, and you can follow him on Twitter @fsethd