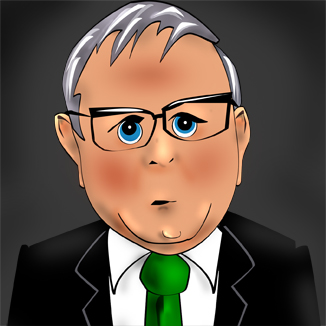 Shocker – Pat McQuaid in denial of himself

In a further decisive action to secure the vacant presidency of the world governing body for skateboarders, outgoing president Pat McQuaid has revealed that he was Not Pat McQuaid all along.

“Clearly there has been confusion regarding who was responsible for the ills of the UCI, and I feel it my duty to make sure that everyone knows that I am Not Pat McQuaid.  Pat McQuaid is the chap to blame for the lack of development in women’s racing, the lack of progress on dealing with doping, and the sock length thing. Not me. I was here on Twitter all along. No, I want to fix everything the real Pat McQuaid has allowed to fester, in return, of course, for an undisclosed yet no doubt significant salary.”

In an effort to put clear water between himself and everyone else who has yet to be nominated for the backdated election, DJ-NPMQ, as he wishes to be called, poured scorn on anyone who thinks he was the incumbent responsible for anything funny, corrupt, or just plain daft. “That other chap has done bugger all for the sport, other than making it look stupid to the world and fast tracking Asian events of which no one I know for sure makes any financial gains.”

After sinking another Scotch on the rocks, the artist formerly known as Pat continued, ‘That McQuaid chap was clearly Irish, and as a citizen of both Casablanca and Kho Samui, there should be no confusion regarding my allegiance to Swiss cycling. I can’t possibly be him as he has a strong Irish accent whereas I merely am very good at impersonating someone who has a strong Irish accent. I would also like to clarify that Brian Cookson is claiming credit for good things in British cycling that were not achieved by him, but by another man with the same name.”   Future UCI president Brian Cookson responded furiously to anything on Twitter, his PR firm intern stating, “Yet again Pat McQuaid is a clown. Brian, I mean I, am Not Pat McQuaid and neither or so is his/my wife. #shizzle”