On the heels of WADA’s revealing memos outlining the scourge of GW1516, Aicar, and other substances rumored to be rife throughout the pro peloton, the UCI’s lawyers announced another drug discovery which has been revealed as “DB01050.” 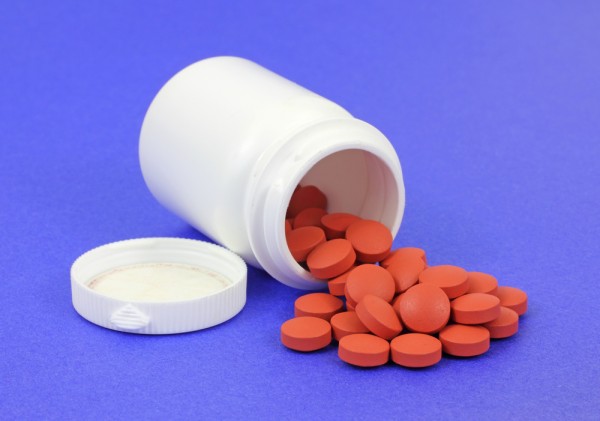 “Upon examination by our extensive legal team here at the UCI, numbering in the hundreds, we have gone through our lab notification archives to discover a new drug scourge which previously went undetected. It is known to be DB01050. For some reason, our software programme has been unable to flag the widespread use of this product,” stated head legal council Philippe Verbiest during a press conference in Ulan Bator, where Verbiest was signing off on the latest WorldTour scheme for Global Cycling Promotion SA.

“The drug cause pain sensors to be dulled, and can actually repair certain tissues which have been damaged by overuse of muscle groups, in particular the legs and arms. It works in concert with the central nervous system to allow riders to extend their performance in difficult stages,” continued Verbiest.

Verbiest refused to comment or speculate on the reasons why the UCI has previously been unable to detect such widespread use of DB01050, which has been rumoured to be as high as 80%.

“We perform cost/benefit analysis on a daily basis at Aigle. And it could be that one of the other members of our law cadre at the UCI might have felt the damage to the sport would have been too high if it had been revealed. I’ll have to look through my legal notes in Asana to determine where our oversight occurred,” continued Verbiest.

Cycling commentators around the world have begun to scream “CONSPIRACY” as the UCI, once again, deals with yet another scandal following a series of death blows beginning with the Festina Affair, then the haematocrit debacle, followed by the constant Armstrong denials peppered with CERA exposés, and continuing right through to the Contador drama.

“The level of ineptitude at the UCI has reached biblical proportions. I’m expecting the four horsemen of the apocalypse to lay waste to the monstrosity of pompous legal mumbo jumbo known as UCI headquarters. How many screw-ups can this organization have before the IOC just decides to shut them down? It’s an absolute joke,” stated one commentator who refused to be named for fear of reprisals.

Several professional cyclists came out slamming the latest string of stupidity from the UCI, including noted homeopath, Francesco Mancebo, who chose to colorfully comment on the situation.

“Look, I see guys popping pills during races faster than a Pez dispenser hooked up to a tennis ball launcher. It doesn’t surprise me that the pro peloton takes whatever they can, as the odds of them being caught are slim. I’m waiting for some guy to jack up on EPO at the start line as the UCI say they can’t do anything because their lawyers said he was on the wrong side of the barriers and can’t be punished,” revealed the 5-hour Energy/Kenda star, who took time away from a meeting with anti-doping crusader and team manager Frankie Andreu for his comments.

Verbiest refused to comment or speculate on when the UCI would begin an in-depth investigation into the DB01050 scandal. The UCI legal counsel stated that with the array of scandals they have currently on the UCI docket, DB01050 would have to take a number and probably wait until 2018 for resolution.

UCI president Pat McQuaid refused to comment on the developments, saying he would defer to the expert legal advice of the UCI advisors who, to date, haven’t steered him wrong.