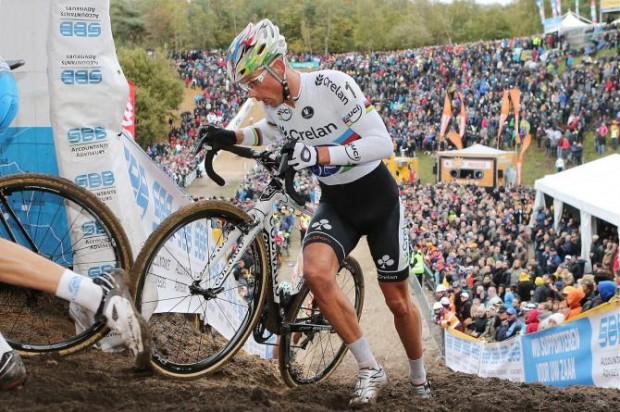 #SVENNESS 2.7 from In The Crosshairs on Vimeo.

In episode 2.7, #SVENNESS visits the Belgian province of Limburg for the Superprestige Zonhoven. Known for its sand and perilous descents, Zonhoven was a study in balance and power. We highlight downhill action, the runups, and a close race between Klaas Vantornout, Lars van der Haar, Niels Albert and Sven Nys.

#SVENNESS is brought to you by Skills Drills and Bellyaches: A Cyclocross Primer. Check it out at www.cyclocrossbook.com. Makes the perfect gift.

Footage for #SVENNESS 2.7 via Vier. http://www.vier.be/tags/cyclocross