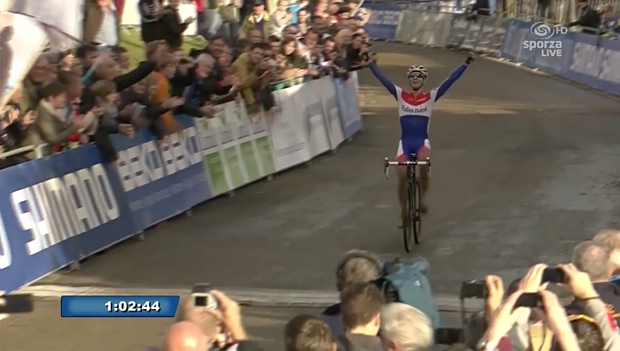 #SVENNESS 2.4 from In The Crosshairs on Vimeo.

In #SVENNESS 2.4 we recap the first UCI World Cup race of the season, which took place at Valkenburg. The ep focuses on race management in the early moments, a tricky descent, power sections and bad luck. But more than anything #SVENNESS 2.4 focuses on the arrival of Lars van der Haar. We know he’s the fastest off the blocks and can finish among the best in the world, but can he win?

As always, #SVENNESS is brought to you by Skills, Drills and Bellyaches: A Cyclocross Primer. If you are looking to improve your cyclocross skills, or know somebody who is, this is the perfect book. Comes in one size fits all for easy gift giving opportunities. Check it out at www.cyclocrossbook.com.

Race footage is via Sporza http://www.sporza.be/cm/sporza/wielrennen/veldrijden