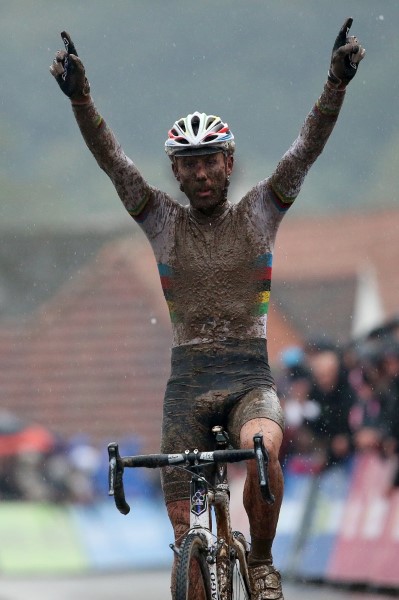 #SVENNESS 2.3 from In The Crosshairs on Vimeo.

In this episode, #SVENNESS makes a stop at the GP Mario De Clercq. We look at the muddy, hilly terrain and highlight cornering, run-ups, choosing a line and knowing when to pit. We also take a look at the start. And remember kids, there are no rain jackets in cyclocross.

This episode is presented by Skills, Drills and Bellyaches: A Cyclocross Primer. You can learn more and purchase a copy of the book at www.cyclocrossbook.com. You can read a review at http://www.pavedmag.com/featured/book-report/.

Music by The Juan Maclean. http://www.thejuanmaclean.com/