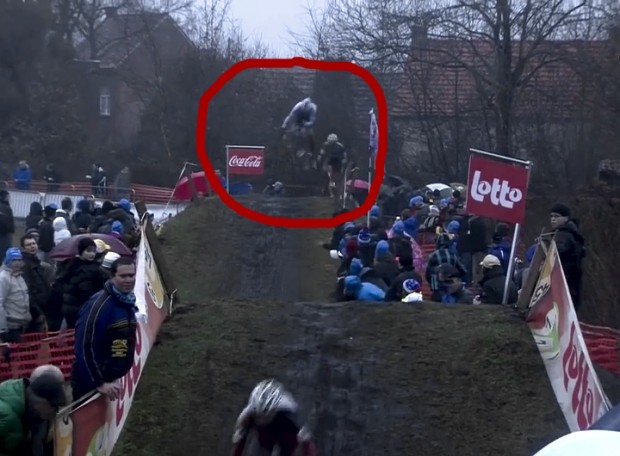 #SVENNESS 2.14 from In The Crosshairs on Vimeo.

In episode 2.14, SVENNESS visits Loenhout, Belgium for Azencross, the fifth round of the Bpost Bank Trofee series. The race took place on friday, December 27, in rainy conditions. The course is covered in a slick mud that gets deeper as the rain and race progresses. Zdeněk Štybar is back and has plenty of opportunities to get rad on this course. Niels Albert does his best to not get caught out at the start like he did at Zolder. Thijs van Amerongen continues to show his face at the front of the race, and Sven is being Sven.

This race was tactical from the start with lots of looking around and regrouping. But in the end, the final selection included the usual suspects.

The episode is also presented by CrossVegas. Find out more about the United States’ biggest cyclocross race at www.crossvegas.com.

Finally, there is still time left to pre-order the new SVENNESS t-shirt. Check it out at www.svenness.com.

Footage for SVENNESS 2.14 is via Sporza: http://www.sporza.be/cm/sporza/wielrennen/veldrijden

SVENNESS and the #SVENNESS hashtag are © 2014 CXHairs LLC