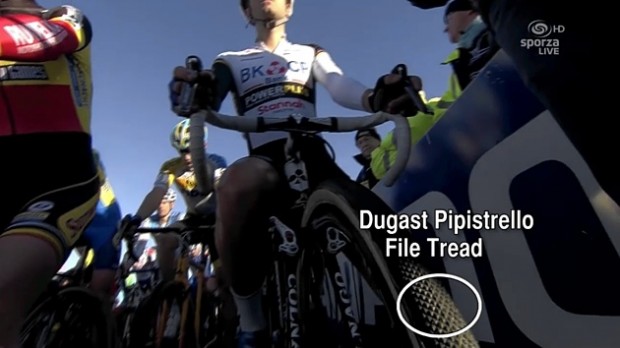 #SVENNESS 2.11 from In The Crosshairs on Vimeo.

#SVENNESS 2.11 from the World Cup race that took place in Koksijde, Belgium, is a long one. But there’s a lot to cover. This sandy monument of cyclocross has a lot of history, which we will touch on in the finale. The site has been the home to two World Championships and is always an exciting race to watch.

Racing in deep sand involves constant strategic changes. And, although, these riders have the power to churn through the deep stuff, doing so may not always be the best strategy. Conserving energy and picking your spots to go hard may be the better way to go.

During this race Wietse Bosmans crashed hard on a tricky sandy descent. He was taken off on a stretcher and spent the night in the hospital with a possible concussion. We left that out of the video. He’s back to racing and turned in a nice 8th place performance at Kalmthout.

It’s Koksijde so we are focused on sand: the lines to ride, when to run, where to remount. We also get a good look at Sven Nys’ perseverance and Niels Albert’s patience. Another theme that is beginning to form is that the “holeshot” has its advantages and is fun to track, it’s not an end-all be-all to race success. If you have the legs and the race smarts, winning from behind is always a possibility.

This episode is presented by Skills Drills and Bellyaches: A Cyclocross Primer, available at www.cyclocrossbook.com. Also please check out all of the goodies, including cycling-related shirts, gloves, and socks, available at www.crosshairscycling.com/shop.

#SVENNESS 2.11 is also brought to you by CrossVegas, which takes place September, 10, 2014, in Las Vegas, Nevada. Mark your calendars now! www.crossvegas.com