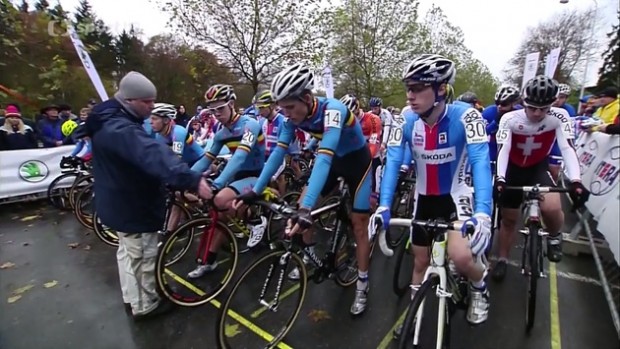 #SVENNESS 2.10 from In The Crosshairs on Vimeo.

For episode 2.10, SVENNESS travels to Mladá Boleslav, Czech Republic, for the European Championship. We take a look at the U23 race, which features such up-and-coming (or arguably already here) starts as Wout van Aert and Mathieu van der Poel.

The course is a mix of paved road and mud. Nothing in between. However, it is for the most part all ridable and there isn’t more than a couple feet of elevation on the course. This is the first course SVENNESS has visited that is similar to something most amateurs would race on the weekend.

For this race we focus on riding in the mud, cornering, tactics and blocking. The pro moves these guys are putting on each other as the race gets heated at the end is not to be missed.

As always, this episode is brought to you by Skills Drils and Bellyaches: A Cyclocross Primer. It is available for sale at www.cyclocrossbook.com. Also, check out the shirts, socks, water bottles and gloves we have available at www.crosshairscycling.com/shop.

Music in this episode: