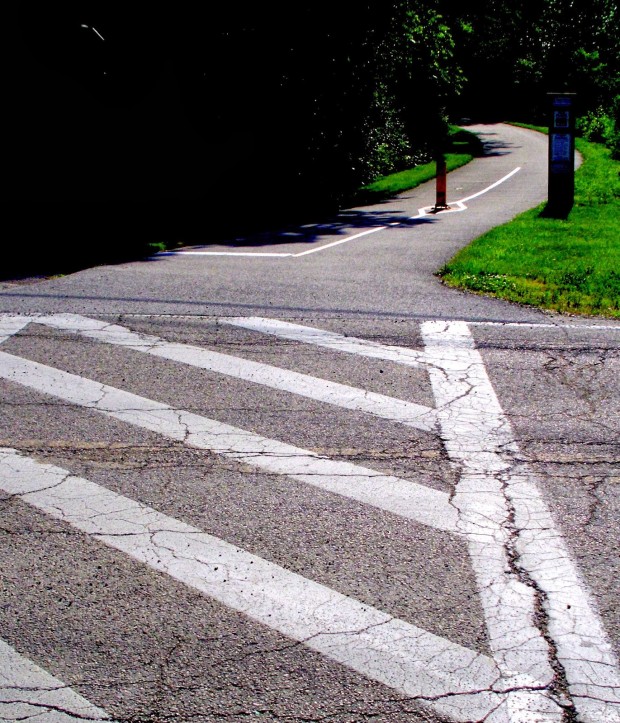 Why do cyclists ride on the road?

First, let’s get the “But, why don’t they ride on the sidewalk?” questions out of the way.

In many places riding the sidewalk is illegal. The list of towns and cities that prohibit bikes on sidewalks is growing. But, it’s always a questionable choice when you consider the risks for bike vs pedestrian accidents.

The obvious reasons that cyclists ride on a road are:

3. Because the law says they can.

1. Because they’re crazy / have a death wish.

We’ll ignore those, and their mental instability.

What about the reasons that are not obvious? And should cyclists ride on the road? Should they be allowed to? Can they be helped via therapy and medication?

Most of those are beyond the scope of what I want to discuss today.

But, another question is implied by the original question: Why do cyclists ride on the road even when there’s a paved trail running right beside it?

To that there are several answers. Some of those answers are understood on a gut level, but without ever having been articulated, or thought out logically, or breaking through the fog of mental illness.

1. All asphalt is not created equal.

By that I don’t mean that some asphalt is an entire asphalt, while other asphalt is only 3/5th of an asphalt.

This is not a difference that might be appreciated if you’re being powered along by something with a mechanical engine. But, it’s something very much felt, if not consciously appreciated, if you’re moving along powered by nothing save the muscles in your legs.

A mildly, sometimes even moderately, cracked road surface is almost always faster and more comfortable to ride on than any paved bike trail surface.

Why is it also more comfortable?

2. All asphalt construction is not created equal.

Paved roads are constructed in layers. At a minimum there is a compacted base (often of crushed limestone or, in the south, “soil cement”) a subsurface layer of asphalt, which may be inches thick, and the surface layer.

Each of these layers is constructed for a specific purpose, adds a specific quality to the finished road, and is required to meet or exceed specific standards (for instance a compaction standard for the base).

Roads are built to be fast, to provide a cushion, and to withstand the weight of motorized vehicles.

Bike trails are often constructed to stretch the available dollars. This allows more miles of trail to be paved, but sacrifices several levels of quality.

Bike trails rarely see their base compacted, at least to any standard. More likely it’s been scraped and leveled and called good enough. The only compacting, actually rolling, a bike trail can count on seeing, is to smooth out the surface after its laid down.

This means that something as simple and fragile as as grass root will easily cause bike trail asphalt to bulge and break. It means that bike trails are highly prone to cracking and splitting and that these cracks and splits will quickly become deeper, longer and wider.

This makes for a jarring, energy-sucking ride.

3. You know that little transition area of curbing at every intersection where a sidewalk or trail has an intersection with a road? 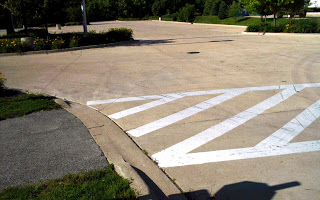 While they may look smooth enough, the various surfaces are just mismatched enough that they’ll jam your teeth every time you cross them on a bike. 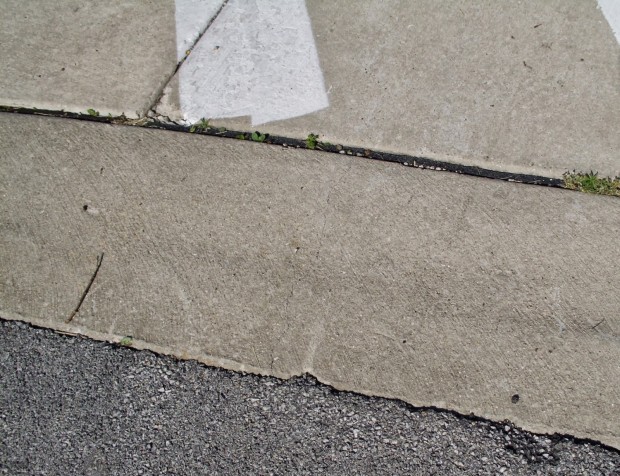 If you ride on the road you don’t have to deal with that. Every intersection is just a continuation of smooth pavement.

4. The cyclists you see on the road, regardless of what their actual ability may be, are generally interested in going fast (whatever their personal rendition of fast may look like).

Bike trails are not amenable to fast riding, and not only because the surface itself is a slower surface.

5. Bike trails are peppered with places that are dark and narrow and that provide little or no opportunity for escape, making them high risk places for cyclists to be beaten and robbed, or raped and murdered.

Do cyclists belong on the road? Do they contribute their “fair share” to road upkeep?

Yes. But, that’s for another article. One I’ll write maybe after my medication kicks in.