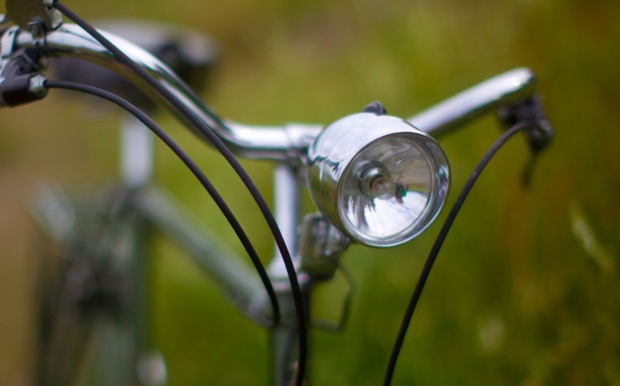 Memento mori – salvation in a bicycle

The child pedaled the bicycle through the small, quiet neighborhood, pleased with the  clicking sound it made: tick, tick, tick, tick. From the little houses that lined the curving streets, no sound came, just the drifting smells of dinner rising into summer’s twilight. Wrapped around the post and handlebars was the chain and lock and it draped to one side slightly, the blue vinyl covering the chain, and the small padlock bumping just a bit. The child carried the chain and lock because the bicycle was precious; it would stand parked for awhile, and must be protected. 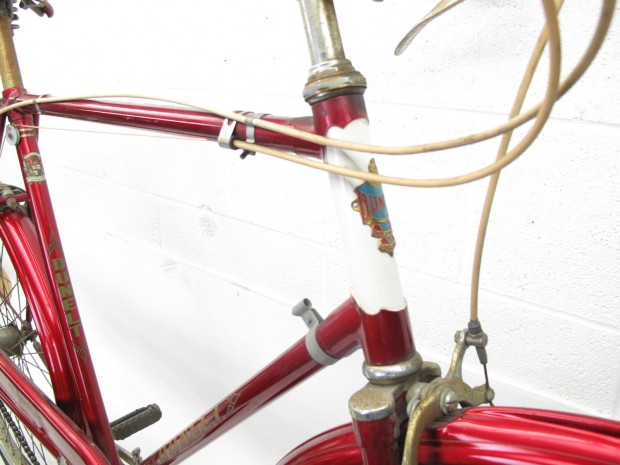 Eventually, the route would  find the favorite shortcut—past a limestone wall and a historical marker, down a hill to where mystery lay in the ghost of an event now scraped bare, past the Cock Robin ice cream parlor that sold triple scoops of sherbet, and malteds, up a sidewalk next to fast traffic – to the destination: the library.

The library had been originally built of big squares of local lime rock, and it sat on a small rise back from the main street. The building has seen an awkward addition of steel panels and glass that comprised a meeting room and a reading room, the stacks of art books and Isaac Asimovs; the older building now housed the children’s books and a grandfather clock that would appear in dreams forever.

In front of the library was a sculpture of slots for bicycle parking, and the child dismounted, spun the dial of the padlock and then carefully wound the chain between wheel and a slot. The kickstand hovered above contact, but the child leaned the bicycle a bit in that direction—in case it was bumped, it would not fall into a tangle, a bend, a scrape of paint.

The child would be at a small table, looking at each book in the selected stack—too many to carry under the arm—and be surprised because there stood Father, a small assortment of  books  already curved against his wrist. There was always the flush of joy seeing Father. Father shifted his gaze. It would be dark soon: time to go home, they would ride back together, are you ready? The librarian called softly at the door, “Goodnight, Mr. Dianna”, but Father was a shy man, a gentle man, and did not reply.

There was a headlight on the child’s bicycle, powered by a generator that spun on the front wheel, creating a slight drag. The light would shine more brightly if the bicycle was pedaled faster, but the books under one arm made this difficult. The two bikes clicked along the small streets, the drag from the little generator making a small whine answered by crickets. Father and child did not speak, but the child was filled with warm joy to have this rare ride with Father. 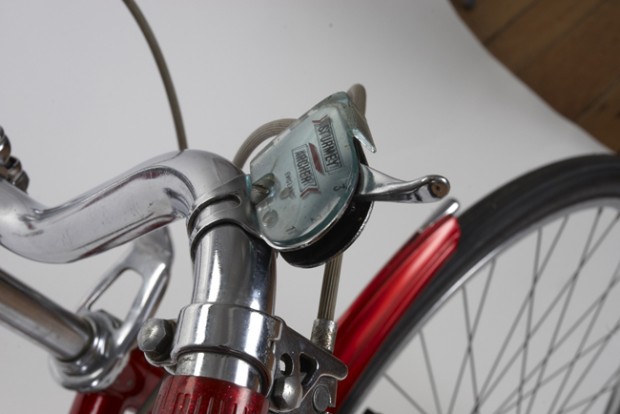 The future would find the sudden death of Father. A decade later, the child sold the bicycle, keeping Father’s bicycle—the only physical memento to carry forward. For a time the child was a young person working as a housepainter, riding Father’s bicycle to work in a city far away from that stone library. Eventually, Father’s bicycle would hang with ripped tires, waiting for the hand of restoration. When that day would come, there would be no vinyl-sleeved chain and padlock, there would be the best of locks for this most precious of bicycles.

Writer of essays, poetry, and fiction since forever. Artist working in a multitude of media. Tattooed person. Carriage driver. One of the happier memories of my childhood was riding my child's single speed Raleigh. I graduated to a three-speed Raleigh Hercules which I took through the now-disappeared farmlands of my youth. As an adult I had two bikes - an ancient Raleigh camel-hump that is the sole inheritance (other than my genes) from my father, and a Mixte touring bike. I rode the Raleigh all over New Orleans to get to work as as an antique restorer and housepainter. The Mixte was my salvation from the pressures of graduate school. Then, as now, the bicycle is freedom.