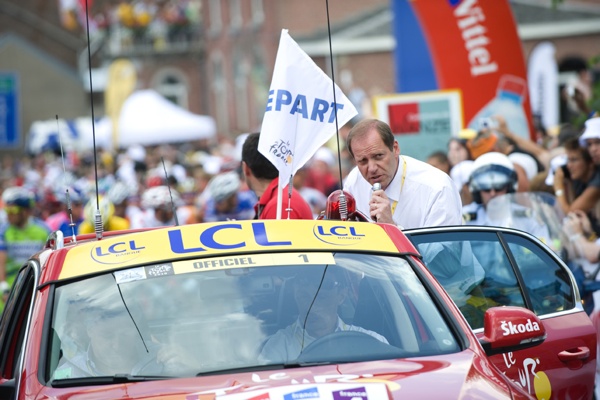 We now turn from the cost of policing cycling’s doping problems to the other direction – in which the UCI is able to tax the teams and race organisers: licence fees. We consider what these fees cover and ask whether they are levied fairly.

Question: where does the UCI find the money to cover its share of cycling’s anti-doping costs? Answer: part of it comes from the teams and the race organisers, who must pay for the privilege of organising and participating in the races on the UCI’s calendar.

How much teams pay is pretty straightforward. ProTour teams are obliged to pay a registration fee of €50,000, plus a licence fee of €100,000 for a four-year licence (i.e., €25,000 per annum). An interesting point to note about the licence fee is that even if a team folds before the expiration of its licence, the full €100,000 is payable. So consider, perhaps, Team RadioShack. Two years into their licence, they’re folding this year. The remaining two years of their licence fee must still be paid to the UCI.

Teams are also obliged to pay a CADF fee. For Continental and Women’s teams, this is €1,000 (with the discounts referred to above available). For ProConti teams, it’s €60,000. For ProTour teams, the CADF contribution is €120,000.

What do the teams get for those fees? For their licence fees, the teams get to ride in their registered league. For the teams with a ProTour licence, that means they get to ride the Tour de France. Once upon a time the Tour used to levy an entry fee on riders, and then on teams. Starting at ten francs per rider back in 1903, by the 1980’s it was about £25,000 per team (circa 125,000 French francs). That fee is now gone and all you need to enter the Tour is a ProTour licence, or the luck of being one of the four wildcard picks. As the ProTour licence guarantees entry, you can see how some teams would be willing to pay almost any price to get one. And how it has, effectively, replaced a fee that used to be levied by the race organisers.

For the CADF contributions, well the teams obviously get the warm fuzzy feeling of knowing they are doing their fair bit to help police cycling’s doping problem. They get the feeling of security that comes with knowing the bio passport will catch any of their riders silly enough to put their hands in the cookie jar. And they get the feeling of satisfaction knowing that dopers no longer sleep easy at night, not with the knowledge that the UCI’s Bulldog Drummonds are hot on their trail.

So much for the teams. What do race organisers get for their CADF contribution? Well, as we saw last time out, beyond the WorldTour, they get an absolute bargain, with their contribution not even covering the cost of a single doping control.

The CADF contribution is not the only fee levied upon race organisers by the UCI. They must also pay in order to appear on the UCI’s calendar of events. And the amount they pay varies depending on how their event is rated. Organisers of WorldTour races must pay UCI fees of €24,000 for a one-day race or €3,450 per racing day for stage races. The Grand Tour organisers pay more: €4,700 per racing day at the Vuelta a España and the Giro d’Italia and €5,000 per racing day at the Tour de France.

What do race organisers get for their licence fees? Beyond having their races evaluated by the UCI’s bean counters, the fee includes (and here we’ll quote from the UCI) “allowances (expenses and travel) for Officials (International Commissaires, Doping Control Officers, Classifiers and Technical Delegates) appointed by the UCI and enrolment fee for each race on the international calendar. The accommodation expenses (room + breakfast) remain payable by each organiser.”

Okay. All of that is rather abstract at this stage, isn’t it? How about we consider the fees paid by the WorldTour races? We’re already familiar with their CADF contribution, time to see what else the UCI demands of them.

I’ve included minimum prize money for no reason other than to give you an idea of the scale of the problem faced by organisers of a WorldTour event, that on top of the fees you would expect (team travel and accommodation costs, paying the police, paying for road closures, insurance, race marshals, publicity etc) stepping up to the big league requires a deepening of your pockets.

Take, as an example, our good friend the GP Ouest France-Plouay. At this stage, the organisers of that race are probably regretting the day they ever accepted the UCI’s gift of €30,000 from the ProTour reserve, the amount of times we’ve referred to it, but it helps explain a problem faced by race organisers.

Let’s look a bit beyond the WorldTour. Having previously looked at ASO’s stable of events, let’s see what the UCI takes out of them in fees and levies.

Here’s a question: are the amounts being levied upon teams and race organisers by the UCI fair? To answer that question, you have to address the question I posed when considering the UCI’s balance sheet: what is the UCI there to do and how much money does it really need to do it? If you believe, for instance, that the UCI has a training role, then race organisers and teams should obviously be levied a fee to help the UCI meet its training commitments (if you do believe that the UCI has a training role, then you might want to ask why the UCI hold only a 0.32% stake in CMC, the world cycling centre, which seems to have had the UCI’s training role delegated to it). Answer the question as to what the UCI is there to do, and then you can decide whether the amounts shown above are fair.

The other side of these fees is this: every euro the organisers pay over to the UCI is a euro the race organisers can’t share with the teams. These race organisation expenses are, I think, the sort the AIGCP would like us to consider when pondering the revenue-sharing question (unlike, say, the teams’ travel and accommodation costs picked up by race organisers, which the AIGCP would prefer we just ignored). Unlike other expenses faced by, say, the Tour, it isn’t easy to bring on an official partner to pick up the tab for these expenses and turn them from a cost centre into a revenue source. These expenses must be paid for out of general revenue. Out of, say, TV revenue. TV revenue which the AIGCP would like to claim as being due to the teams.

Next: The Holy Grail – TV revenues.