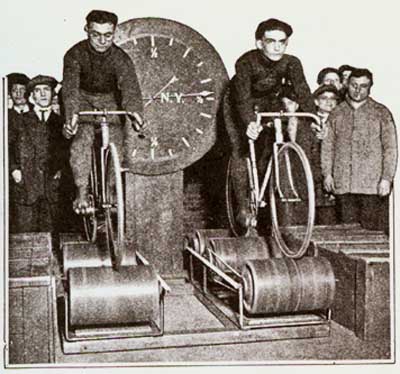 Bike riding is, by and large, quite a pleasurable pastime and one which – present company considered – we can agree is a nice way to spend your spare time. The physical and mental health benefits are significant and after the initial eye-watering, hang-on-let-me-sell-a-kidney expenditure, the running cost is pretty negligibly low: food (was probably going to buy some at some point anyhow), chain lube (mayonnaise will do the job if really stretched for cash) and the occasional new tyre (switch your front with your rear and presto! It’s like a new tyre. Kinda).

However the costs will continue to rise like a KOM VAM should you make the woeful mistake of becoming SERIOUS about cycling. This will result in a particularly deliberating fetish for carbon fibre and you are also likely to start obsessing about training (and food – see my previous ramblings here), which is what this week’s column is really about.

Short of spending a king’s ransom on equipment or PEDs (or both, for the financially provident and morally bankrupt), the easiest way of proving how SERIOUS you take your cycling is to start to investigate training methods and theories focussing on how to improve your latent cycling prowess. Your hidden talent. ‘Undiscovered’, lying in wait, surreptitiously biding its time until it’s beyond the remit of the statute of limitations. I digress.

There are many ways to skin a cat, as the saying goes, and an equal number of ways in which riders have persisted in physically ruining themselves, in the ardent belief that superior VO2 must be hiding just around the next interval. Some training companies, such as the Sufferfest, have even fashioned an industry around smashing yourself into teeny tiny pieces, accompanied by a feel-good soundtrack and motivational slavedriver onscreen. If you have only 1he spare for riding they make a great use of that time. Just don’t forget your bucket.

HIIT, SIT, tabata, and the like have all been pronounced as the holy grail of training methodologies in their time. Periodisation, reverse periodisation, cross training, and visualisation all have their place in the serious cyclist’s toolbox of physiological education, but – as with food and pretty much any other aspect of performance – a consensus has not been forthcoming as to what is the ‘right’ way to train.

There are still those old fellas on the club run, the grizzled veterans of a bygone conflict who, in a hoarse and war-torn rasp, insist on “gettin’ t’miles in,” convinced that ‘the legs’ will materialise in time like disgruntled field mice coming out of a long hibernation. Humans are creatures of habit and it is all too easy to settle into a comfortable rhythm year-on-year and then wonder why there are no real changes in your performance each season. I’ve discussed denial in the past as being the true mark of the committed cyclist– and here’s a pretty much perfect example. I believe it may have been Einstein (check me out, with my Fisher Price book of quotations) who said the most ridiculous thing in the world is doing the same thing again and again and expected a different result.

The other end of the spectrum (and I apologise for using this line, AGAIN, but it means I get to pretend I’m presenting the other side of the argument and that I’m a balanced and educated mediator) represents a rider who will refuse, ‘pon pain of death, to accomplish a single pedal stroke without a power meter, HRM, oxygen mask and pressure mapping tech in place – to ensure no wasted effort (and, regrettably, maximum irritation for anybody within the vicinity).

Beyond the meat and veg of the training program and bulk of the workload, however, there are the wizards and wildcards who insist they have done what countless generations of blue sky thinking coaches and physiologists have not done before and found a ‘secret method’, guaranteed to assure sporting supremacy.

I’m not talking about drugs here – even if they do offer a one-size-fits-all illicit performance boost– but the kind of revolutionary breakthrough touted as the ‘next big thing’. Beetroot juice. Powercranks with independent cranks. Q-Rings and O’symetric ovalised chainrings. Powerbreathe respiratory trainers.

Far be it from me to dispute their efficacy or the relevance of their supporting scientific data, but there has yet to be a performance aid which actually pedals for you – and that is what is really required. Devastatingly effective though these aids may claim to be, it all essentially comes back down to your leg(s) and your pedal(s). I include pluralised (s) there as I know a good many leg amputees who will utterly trash the majority of people on a bike.

Training, therefore, is very much about trying to maximise training load whilst minimising actual effort. Crackpot schemes and secrecy will always trump simple, hard, mind-numbingly dull graft. For example, I recall one maverick soul, convinced he was Obree’s equal, insisting that what I really needed to do to ride faster was take up smoking and fire up a cheroot or eight after every ride. Something to do with vasodilation of the blood vessels to accentuate the oxygen deprivation and stimulate greater cardiovascular adaptation. Or something. I forget. It all sounded a bit Michael Hutchence to me and I may have zoned out and found something utterly fascinating to look at on the sole of my shoe.

Training. It really is quite simple. Ride. Rest. Recover. Repeat. And try your best to have fun doing it.