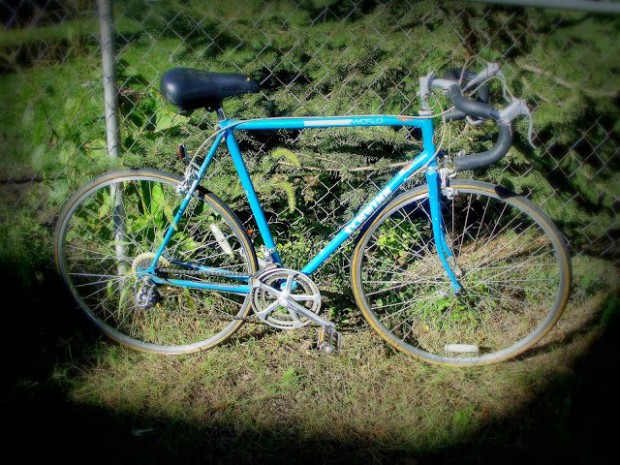 It was a Schwinn World with a birthdate that fell in March of 1969. A sweet old bike for the price. He got it from some guy who bought it new, hardly rode it and then let it sit in his basement for the last few decades. Now the guy is in his mid-sixties, with no inclination to ride any kind of bike again. He sold it for $5 in a yard sale.

The cables were corroded, the cable housings were cracked. But that the bike needed a little work was not a problem. The chain was a rusted mess. It was all minimal. Even the tires, which were the original matched set of Schwinn HP Sport, were in passable condition for now, minus a bit of rot in the sidewalls.

When he rolled it through the door of his third floor apartment his wife rolled her eyes and said, “You aren’t keeping that filthy thing in here.” And she meant it.

“No worries. It’s going on the balcony.”

“You mean where we sit and talk at night? Where we grill our meat and eat our meals? I don’t think so.”

“It won’t take up any space at all. I’m gonna hook it by the handlebar drops over the edge of the iron railing with the pedal resting on the decking to support it. It’ll be fine out there.” he said.

“Until you fumble as you try to hang it and it falls three stories onto the sidewalk.”

He found a place that could supply cable housing that was an exact match for the look of the original, and it was a reasonable price. The cables themselves cost hardly anything and were simple to install. He spent a pleasant afternoon swapping them out with the old ones.

He replaced the chain, but the new one was too small and the rear wheel sat 70% forward in the dropouts. Aside from that his work was excellent.

When he finished he flipped the bike easily over the edge of the rail… to have it twist oddly in his hands, catch briefly on the railing, and tumble 30+ feet to the rock-hard concrete below, landing to earth with a jarring crash.

He hurried downstairs, hoping irrationally that the bike had escaped damage. Alas, the full 40 lbs of weight was absorbed through the very tip of the stem, somehow only marking the stem itself with a series of heavy scratches, but sending a shockwave through the frame that bent both top tube and down tube.

The curve on the top surfaces of both was so graceful that it almost looked like it had been designed into the frame. But the lower section of the bend showed an unnatural bulge. 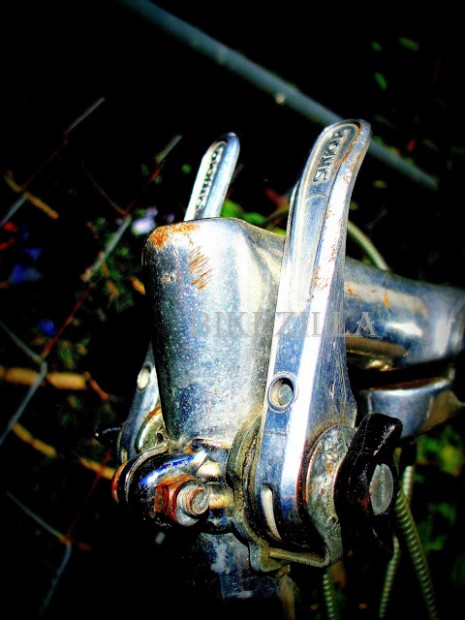 His wife was not at home, gone out on errands. He dragged the bike back to their apartment and hung it over the balcony railing. She hardly gloated at all when he told her what happened.

“That bend in the top and down tubes didn’t twist the frame at all. I think it’ll still be a good bike if I just replace the stem.”

But the bend in the frame bothered him more each time that he looked at it. After he replaced the stem, that ’69 Schwinn World hung over the railing of his balcony for another year or a bit longer.

The frame rusted around the damaged section where the paint was missing. And his wife finally got sick of seeing it hang idle. She insisted that he dispose of the metallic corpse.

Omar maintained a 100-year-old apartment building in Chicago, on Surf Street right between Broadway and Clark. He stepped out into the alleyway one morning and could not believe his eyes. There in the alley, leaning against one of his dumpsters, was a blue Schwinn World. It was 30 years old if it was a day.

Its parts seemed to be original, except that someone had recently replaced the cables and cable housing. The right hand shifter was bent, but in good working condition.

He sighed. The frame was bent, too. In two places, one right above the other.

But he’d grown up repairing old bikes and still did it occasionally as a hobby. He thought he might be able to work some magic on this one.

He rolled it, with its flat tires and crooked wheels, into the back of his basement shop and leaned it against the 100-year old brick wall.

Months later he’d found no time to work on the bike and put it in his mind to get rid of it, but without ever quite being able to take it back out to the dumpster.

And that’s how it came into my hands.

I may, with some patience, be a good enough bike mechanic to get everything in working order and see this bike back on the road. But I lack the time and the money to give it the attention it requires.

It’ll sit in my living room until I realize that I have too much bike and too little space. Then it’ll be put on Craigslist for sale and some guy who does restorations will pick it up for hardly anything. He’ll pull it apart and make it live again through the bikes its parts go into. Then he’ll throw out the damaged frame, or give it to some guy driving one of those Mexican scrap collecting trucks. 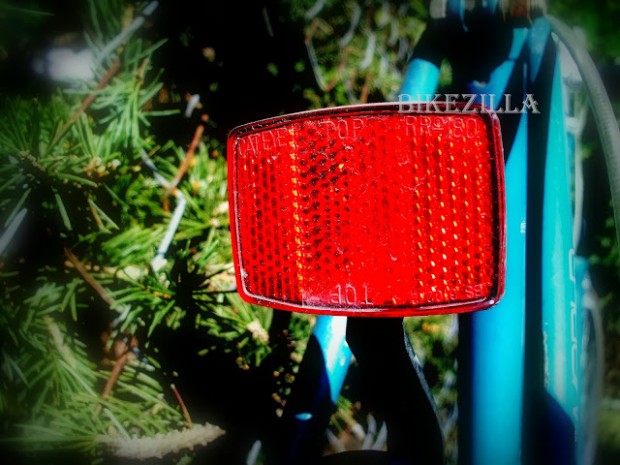