Winning the Giro – A belief in the unproven

This piece first appeared in Irish Peloton on 6 January 2013

To win a Grand Tour at any stage in a career is a wonderful achievement. It is usually the culmination of years of hard work, commitment and sacrifice. Grand Tour winners are usually moulded and shaped by the experience of leading a team and winning smaller races over the course of a number of seasons. The rider’s team-mates must trust that their work will not be for nothing, that they can believe that their leader has what it takes to deliver.

Eventually, when the rider is physically and mentally mature enough and has earned the trust and respect of his team, he may be capable of tackling and conquering one of the sport’s three biggest races.

So to win a Grand Tour having never before won a stage race is highly unusual. But in May 2012, Ryder Hesjedal achieved just this. 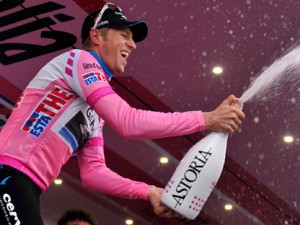 Ryder Hesjedal, the first Canadian to win a Grand Tour

The decision by Jonathan Vaughters and the rest of the Garmin team to elect and get behind Hesjedal as team leader for the 2012 Giro d’Italia and to back this belief up with the delivery of overall victory is remarkable.

In an interview in a recent issue of Cycle Sport magazine, Hesjedal spoke about a meeting he had with team management in November 2011 where they explicitly asked him to focus on winning the Giro the following year:

That’s all I could think about from a couple of days after that meeting until winning the race. I think that’s pretty bad-ass actually – I didn’t win the Giro by chance. I set out to; it was my goal in November. That’s pretty special in sport.

It was the first winter that I’d worked for goals coming up in the next season.

Hesjedal’s palmarés can testify to that, certainly in terms of stage racing. He had a list of solid but not spectacular results, the highlight of which was sixth place overall at the 2010 Tour de France. But having the ability to win the second biggest stage race in the world? On paper, Hesjedal was still lacking.

The last rider before Hesjedal to win the Giro d’Italia having never before won a stage race was Franco Balmamion in 1962[ref]Ivan Gotti did not win a professional stage race before his first Giro d’Italia victory in 1997. However he did win two editions of the Giro della Valle d’Aosta prior to this.[/ref]. 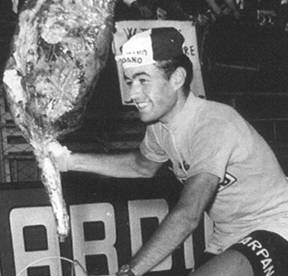 Franco Balmamion – The Eagle of the Canavese

Balmamion defended his Giro crown the following year, and and amazingly, these were his only two stage race victories in a career which spanned 12 years. He won both races without winning

a stage and he remains the last Italian rider to win back to back editions of the Giro d’Italia. But when Balmamion won his first Giro crown 50 years ago he was 22 years old, Hesjedal won his when he was 31.

In the intervening years between the maiden victories of Balmamion and Hesjedal, of the other two Grand Tours, there have been 12 riders who have won either the Tour or the Vuelta having never before won a stage race. It has actually occurred three times in very recent times at the Tour with Carlos Sastre in 2008 and the two inherited wins of Andy Schleck and Oscar Pereiro. Prior to this at the Tour, there were also Frenchmen Lucien Aimar and Roger Pingeon in the mid-sixties. 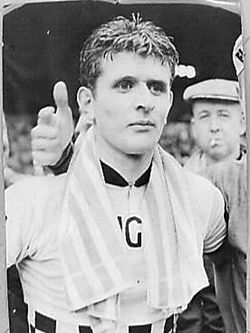 Ferdi Bracke – The oldest rider in the last 50 years to win a Grand Tour as his first ever stage race victory.

Unsurprisingly, it is the Vuelta which has had the most stage race winning virgins take home the main prize including the likes of Roberto Heras, Marco Giovannetti and Alvaro Pino.

Two things are notable when comparing Ryder Hesjedal to the others who have achieved the same feat in the past 50 years. The first is that the Canadian is older than all of them were when they won their Grand Tour, apart from Ferdinand Bracke who was six months older when he won the 1971 Vuelta.

The second item of note is that every one of the other riders had competition for team leadership. For instance, Sastre was contending with the Schleck brothers at Team CSC in 2008. Andy Schleck himself was sharing leadership duties with brother Frank in 2010. Pereiro started the 2006 Tour at Movistar with Alejandro Valverde as leader. Giovannetti had Pino, Pino had Francisco Rodriguez, Jose Manuel Fuente had Miguel Maria Lasa.

It is perhaps unprecedented that a cyclist of Ryder Hesjedal’s age was trusted with sole leadership and the full backing of a team for a Grand Tour, having never before proven himself a winner in stage races, and paid back that trust with an overall win.