As reported by Velonation.com earlier today, Brad Wiggins was recognized during the Het Nieuwsblad-organized competition to determine the “Flandrien of the Year” along with a few other awards, including the one given to Wiggins. 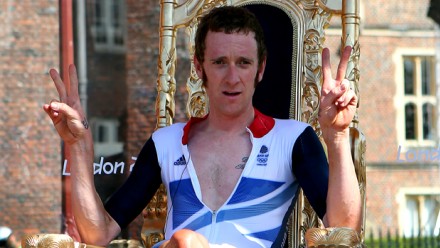 Wiggins was honored to receive the International Flandrien award, but failed to attend the ceremony due to a previous engagement – reportedly a jam session with musicians Paul Weller and Liam Gallagher at Wiggins’ new penthouse in London’s West End.

When reached for comment, Wiggins spent a half hour gushing about Mark Cavendish and how he deserved the recognition for raising the profile of British Cycling to the international stage, and how exciting it was that cycling has started to climb up the sporting ladder in his adopted country.

“It’s amazing how I have singlehandedly raised the profile of professional cycling in England. There’s nothing like jamming with Paul and Liam and getting requests from Bono to record a new version of Lemon with David Guetta. It’s fantabulous. Oh, and I couldn’t have done it without my mate, Mark Cavendish. Too bad he’s leaving. I really, really, really, really wanted him to stay,” commented Wiggins.

When asked if the accolade from the Belgian news agency would ever give him the thought of returning to the nation of his birth, Wiggins left the door open.

“Sometimes the absolutely meteoric rise of my status can be a little bit too much to handle. Thankfully, ever since Mallorca I’m back to smoking again to keep me calm. It’s precluded me from racing with Keisse at the Ghent Six, but of course the multi-million euro fee we requested might have been a little steep for Sercu anyhow. I told him I’d consider moving back to Belgium as compensation. Boonen says the fans in Belgium let him do his thing and leave him alone when he’s not racing, unlike stupid punters here in England,” mused Wiggins.

The English media were quick to discredit the honor, including an anonymous BBC presenter who may or may not have been Hugh Porter.

“Belgians? Honor? Receiving an award from that country is like receiving an academic award in sixth form. Why on earth this is news is beyond me. It’s just those Belgian bastards trying to ride English coattails again,” stated the BBC presenter.

When told Wiggins was born in Belgium, the BBC presenter wasn’t impressed.

“Birth doesn’t make champions. Thank Christ we rescued the lad from that giant producer of farm shite,” concluded the presenter. 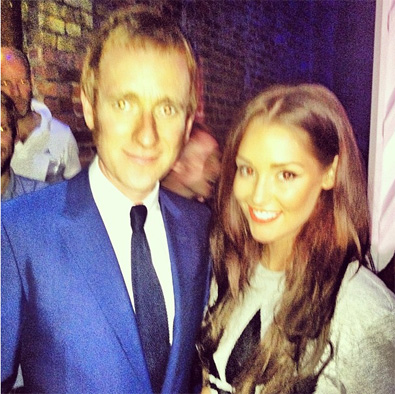 Wiggins with supermodel Erin McNaught, with whom Wiggins has been rumored to be seeing as of late. (Photo courtesy of McNaught’s Instagram)

Wiggins plans on committing to a couple more races before withdrawing at the last minute, prior to his month-long holiday “somewhere warm with half-naked women, lots of booze and plenty of spliffs.” No word if the half-naked lady portion of the equation included supermodel Erin McNaught.

Wiggins still might be planning on “hinting” at a “possible” “late entry” into the Tour of Beijing, “just to mess with Purito” and his WorldTour overall victory, which is expected to flood the cycling press 24 hours prior to the start of the race.