Another explainer from Doc @veloclinic showing in pretty simple terms why the UCI is full of shit when they say the biopassport program works.

please note educational license was taken in over simplifying the limmits

so the expert experts kin jist simmer down uh bit 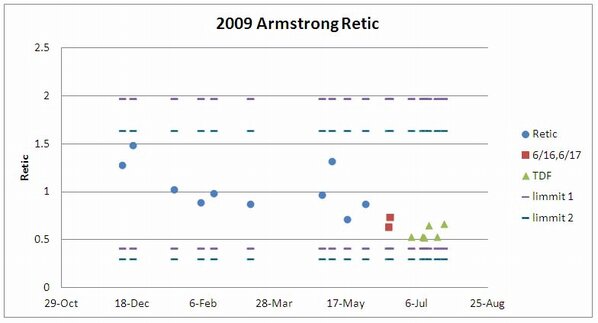 armstrongs retic plotted with the limmits from 2 real live dopers

a software program that flags based on limmits

to catch a doper ?