Vinokourov declares “I will be bigger saint than Thomas Aquinas” 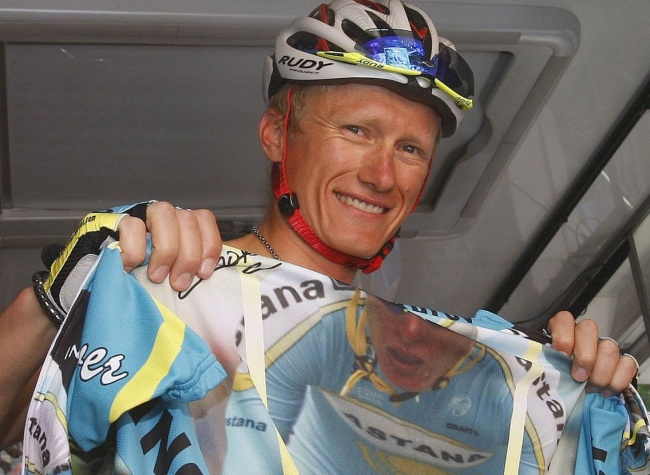 “It is my attention to declaration that I wish to be told I am a Catholic saint. My inactions should grant me sainthood status considering persecutions towards me by yellow journalists of a yellow coloration,” wrote a stoic Vinokourov on the social media site.

Vinokourov’s publicist, Dr. Aidar Makhmetov, took time away from his position as commercial director for the Astana team to make the case for Vinokourov’s petition for sainthood.

“I have examined the historical documents related to church activities. I believe I have made a case that draws a parallel between St. Thomas Aquinas and Alexandre Vinokourov. Both faced persecution in their time. Both were condemned by their contemporaries. I feel that the actions against Aquinas in 1277 mirror the persecution that Vinokourov is now unjustly facing,” illustrated an animated Makhmetov.

Vinkourov is also planning to develop his own version of the four laws of Thomas Aquinas.

“I will make them very pious and important and ethical. This will also be the stone that corners my campaign for the Kazakh parliament,” stated Vinokourov.

When asked his opinion on the Aquinas philosophy of “just price,” which states that a market price or a regulated price should be sufficient to cover seller costs of production, and  immoral for sellers to raise their prices simply because buyers were in pressing need for a product, Vinkourov chose to defer any answers to other more ultimate authorities.

“Ask [UCI president] Pat McQuaid about that. He knows more about artificial inflation of values of things. I’m a simple saint to serves the people of my countries of Kazakhstan in nature,” concluded Vinokourov.

This latest episode by Vinokourov continued a pattern of obscure and strange behavior, which has left many experts scratching their heads. Carlton Reid, part-time psychologist and purveyor of bicycling expertise on the pages of BikeBiz.com, was baffled by the latest announcement by “Team Vino.”

“This delusional behaviour is a cry for help from a youngish sporting icon who really isn’t sure where life is taking him next. Based on my expertise, it is of no surprise to see an out-of-control narcissist progress from athlete, to manager, to politician, to delusions of sainthood. It’s a good thing he wasn’t part of Saxo Bank and their Jerusalem pilgrimage. There’s no doubt in my mind he would have made the next progression to a Christ-like status,” observed Reid.

Makhmetov will be making a holy journey to the Vatican to lobby on behalf of the “Team Vino for Sainthood” campaign. There are also plans for a travel mug, t-shirts, and bottled “Vino Holy Water” to raise funds for several non-profit entities established by Vinokourov earlier this year.