Cyclismas has learned that the UCI has been conducting secret meetings led by Hein Verbruggen at a secluded location in the Cayman Islands. Apparently, Verbruggen has been drawing up his “ultimate plans” for cycling, entitled “The Final Solution.” This reporter has learned the details of these meetings by bribing by an undercover operative who managed to infiltrate the panel. 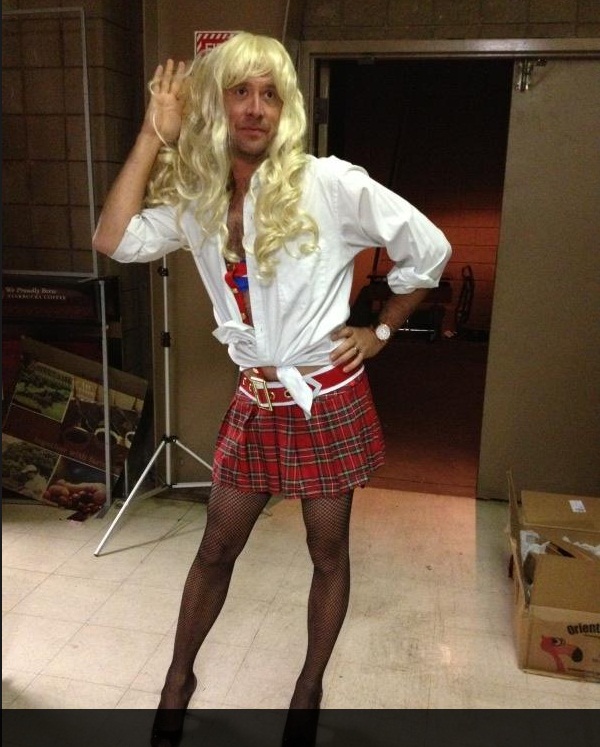 “It was one of the toughest decisions of my life, but I had to put my personal feelings aside in order to do what was best for cycling,” commented Jonathan Vaughters, who dressed up as a woman in order to infiltrate the meetings.

“Thankfully the old men around the table didn’t recognize me. Verbruggen and McQuaid both have a penchant for blondes with hot legs, which gave me a massive advantage. The toughest part was having to shave off my sideburns in order to disguise my facial features,” continued Vaughters.

“Undercover Vaughters” was able to discover where Verbruggen has been stashing his ill-gotten millions, allegedly obtained through various acts of graft and skimming. The graft was partially revealed by the Keirin investigation in the late 90s, but the skimming part of Verbruggen’s devious plan had never been revealed until now.

As per Vaughters’ undercover investigation, Verbruggen has been stashing his ill-gotten gains from race organizers seeking preferential treatment, riders hoping for Grand Tour glory, and corporations looking for cycling exposure via accounts based in China. Originally, Verbruggen had his business accounts in Ireland and the Caymans, but after some security compromises, he moved his funds to China.

“Verbruggen likes shorter Asian ladies with hot legs and blonde wigs. In fact, rumor has it his assistant, who is Asian, must wear a blonde wig whenever she is in his presence, which I found out first-hand. Thankfully, I fit the same criteria, which led to my stealthy success,” stated Vaughters.

When asked on whose behalf he was collecting the information, Vaughters was uncharacteristically tight-lipped.

“It’s no secret I sit on the board of every cycling organization and every cycling faction. MPCC, AIGCP, UCI commissions, and even that strange Change Cycling Now Red Brigade Shock Troop who pledge unquestionable allegiance to soon-to-be dictator for life Greg LeMond. However, all my work has been on behalf of PETA. They’re very concerned about the poor treatment of rodents in cycling events around the world,” revealed Vaughters.

“Undercover Vaughters” went on to reveal he obtained the most damning information via secret audio recording during a private hotel event with several other scantily-clad ladies of distinction. In order to achieve the best possible recording, however, the microphone had to be placed in the fanny region.

“I’ll admit, it was a little uncomfortable, but hey, I do what I can for the sport and the squirrels I love. Thankfully, the operation didn’t require me to participate in any Dutch Ovens,” concluded Vaughters.

The intelligence and information gathered by “Undercover Vaughters” has been forwarded to the UCI Independent Commission and to WADA. Both organizations confirmed they were reviewing the materials.

After his outstanding undercover work, Vaughters has been offered a role on the CCNN-TV show produced by Cyclismas. Jonny Gunn, anchor for the broadcast, conducts his own segment entitled “Undercover Gunn,” exposing the seedy underworld of cycling. Gunn has proposed to Vaughters that they join forces to form “G & V Undercover Adventures.” There was no word at press time if this venture was moving forward.