Don’t get me wrong, I am so incredibly grateful, honoured, chuffed and so many other emotions to have been able to work at the London 2012 Olympics. But I’m ready to move on now, no details now, but in a few days when I’ve got home done the massive bag of washing and got my head around the maddest week of my life I will write a blog of everything.  For now though, the last night of the London 2012 Olympic track cycling. 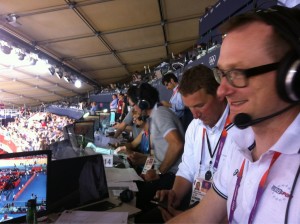 Ringer in the Comms box

Women’s omnium, Laura Trott, finished second to Sarah Hammer in the omnium individual team pursuit. She also lost out to her in the scratch race, Edmondson of Australia took the win with Hammer second and Trott third.

It all came down to the 500 meter time trial, it was going to be tight, my money was always on Trott. Smaller, younger and more explosive than Hammer she took all of her time out of her in the opening lap, Hammer always looking like she was fighting a losing battle to just hang on. The scenario was that Trott had to beat Hammer with at least one person between them. If they tied, it went down to final placings from the time trial. It didn’t, Trott won the event, Hammer fourth, Gold for Team GB, second Gold for Laura Trott. 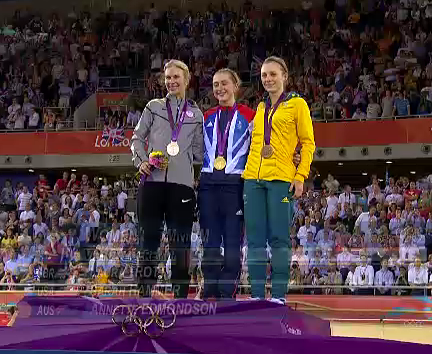 Women’s individual sprint up next, and as I always predicted, Guo vs. Vogel bronze ride, and Meares vs. Pendleton for gold.

I’m going to write a memo to Kristina Vogel, if you get beaten very easily by leading out and getting mugged in the home straight, don’t do it a second time! Bronze for Guo, sprinting lessons for Vogel!

Gold medal ride off, Pendleton leading out fast to negate the jump advantage of Meares, a very close-run thing with Meares running at Vicky coming out of turn four, and then it happened. 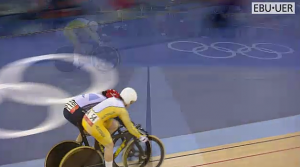 Did Meares elbow Pendleton, did Pendleton come out of the red line and Meares was merely (did you like what I did there?) having to nudge in to her to keep her line, did she do this, was this that…? We can speculate until Rio 2016, the commissaires reckon Pendleton came out of the sprinters line and impeded Meares. I for one, being totally impartial, tend to agree!! Correct that, I agree! 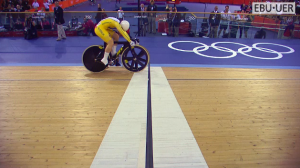 In the end the relegation sorted this one out…

So ride one to Meares, ride two, well lets cut the bullshit, there’s not much to say! The warning signs were there, Steve Peters (the emperor from Star Wars – go look and tell me that’s not him) was the only person talking to Vicky in between the heats, which tells me one thing, fragile Pendleton was in the building and about to take centre stage! 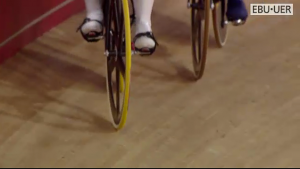 Meares leading out, clearly not wanting to be there, she slowed it down coming out of turn four with two laps to go, down to a momentary track stand and Pendleton blinked first, taking the lead. Meares allowed her a good twenty meters of running space, Vicky kicked it on and hit the bell at speed but going down the back straight Meares engaged the after-burners and breezed past Pendleton. 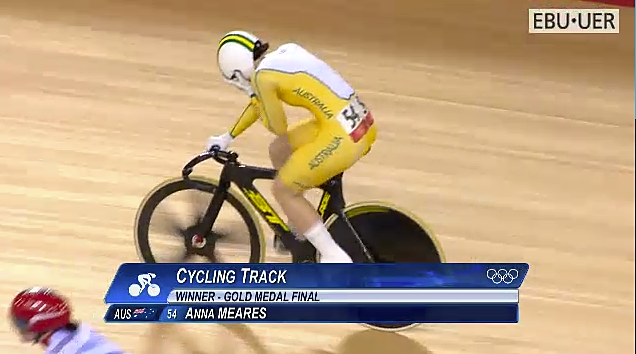 Anna Meares can’t believe she did it

This was less of a showing of superior physical ability and more of a mini emotional and psychological melt-down of an athlete who, it would appear, couldn’t wait for the end to come soon enough, and two more efforts, 1500 meters was just too much given the stress of twenty minutes ago. 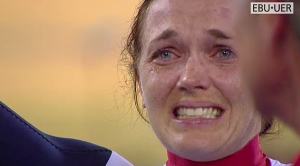 And then to the big one, the final event of the Olympic track cycling programme, the men’s Keirin. The host city get to dictate the programme of events, no coincidence here then! Nijisane Phillip takes the win in the minor final to a roar from the crowd – almost as big as any that team GB received all week. This boy’s made some friends!

And over to Sir Chris Hoy, a man who has dominated this side of the sport with unquestionable integrity. There has never been so much as a question raised about his preparation. Indeed, I cannot remember him ever employing tactics that were anything other than completely and totally fair! 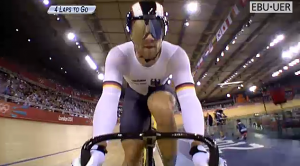 I said, as the event started, if you want to win, do not let Hoy lead out. After the seemingly redundant laps behind the Derny, Chris hit the front with two laps to go, with his usual power and grace, then coming around the banking for the penultimate time he was able to lift off the power and stall his effort, driving down the home straight, massive gasps and holding of breath. Max Levy of Germany takes the run at Hoy and actually gets in front of him, not enough to shut the door, however, and Hoy digs deeper than I think I have ever seen him dig, gets himself back in front, holds off the charge to around the back straight, around the final banking to drive up the home straight and take the Olympic Keirin title, again!

It amazes me how someone can be so consistent in events that have so many uncontrollables, to dominate in kilos, team sprints and pursuits, even time trials, fair enough, but a bunch race with tactics, other riders, so many variables, furthermore a Keirin with five unhinged nutters doing whatever they can to win, that’s class! 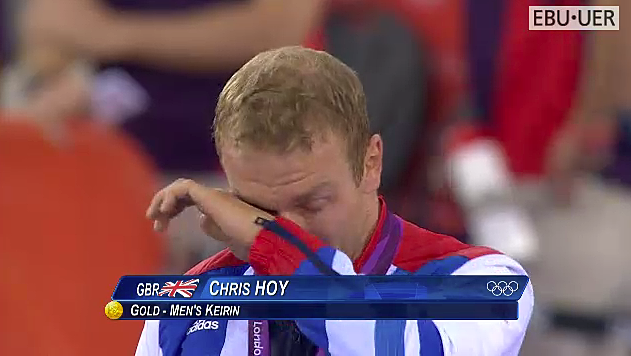 One last mention, well done to Simon van Velthoven and Tuen Mulder, having to share that medal won’t detract from it one bit, I know Tuen, just well done mate, you deserve it !

So! Sir Chris Hoy becomes The Greatest ever British Olympian, Trott becomes the new British cycling poster girl and Pendleton hands that baton over to her before sailing off in to the happy ever after. 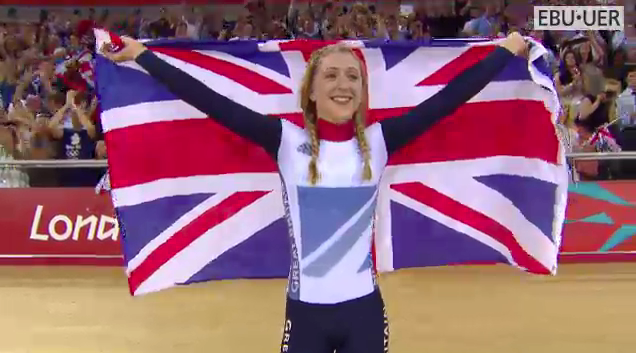