The past seven days have proven to be somewhat interesting in the world of cycling. Savio, Kolobnev, Klöden all with questionable activities made it “entertaining.” Onward we go to the pre-Christmas edition of the Best/Worst of the week: 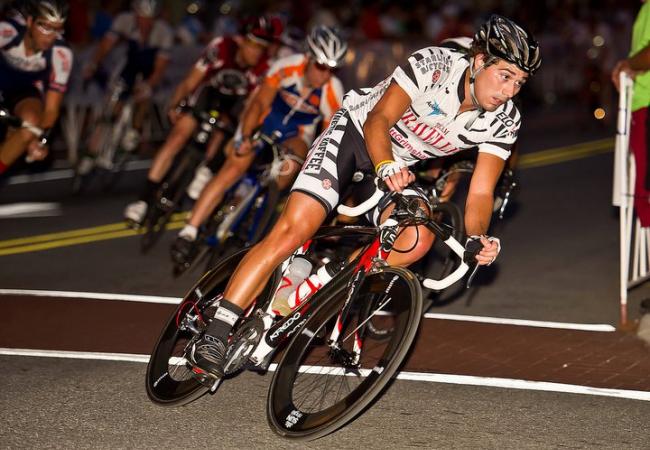 Worst Five Things of the Week

So the criminal courts clear Gianni Savio from any wrongdoing. Savio has proof of no wrongdoing. However, it seems that CONI feels that he’s done something wrong in reference to the case, and has asked for a four-year ban? If I were Holczer, Vaughters, Bruyneel, or any other manager, I would look upon this development with alarm. Holding managers responsible for members of their team doping? That’s preposterous and completely ridiculous.

Well, it seems that Andreas Klöden’s trek to the dark side of the force is complete. Eschewing the notion that a happy family is a vital component to a long and stress-free life, Klöden has basically declared that the brothers Schleck need to forget any familial allegiances to achieve greater professional gain. Of course, this sort of selling-your-soul-to-feed-your-own-selfishly-egoistical pursuits is really nothing new for Klöden. And it’s unfortunate that Becca and crew have failed to realize the marketing potential of having the first brother act on the podium at the Tour De France.

No Place for Alexandr Kolobnev with Katusha in 2012

So once again it’s shown that it never pays to fall on your sword for your team, for your countrymen, or for one-day allegiances. Seems that Kolobnev has been told there’s no room at the Katusha table for him. Shocking. Funny how one guy just seems to have bad luck follow him at every turn. Maybe he should call Floyd Landis for pointers on the next steps to take.

What a fooking disaster this is. I blame the Spanish. They started it. Oh wait! Or was it the Italians? No, maybe the Russians. Ah well, at least the Americans still believe in crime and punishment for the guilty, i.e., the end user.

Quit being cheap. With the advent of social media platforms, everyone thinks that they don’t need PR people anymore. Guess what? Some people really should turn their PR statements over to someone else to release. Like Vino. Facebook? really? With unfortunate and questionable English usage? Sigh… Even I have an editor for my pieces. Yes, even yours truly isn’t fooking perfect. What? Sorry? Yes, yes, I’ll put the curtain back up. *chuckle*

Best Five Things of the Week

Why is it that almost every single person who leaves Garmin has nothing nice to say about their experience with the team? Lloyd, Lowe, Hushovd are just three of the latest examples of this. In fact, Lowe actually filed a complaint with the UCI back in June or so. But more on that down the road. Good for Lloyd speaking out, which led to quite an interesting Twitter debate between Shane Stokes of Velonation and Garmin poohbah Jonathan Vaughters, leading to a public apology by JV. Yet, Lionel Birnie just HAD to get his two cents in on it as well. Plus, the Twitter masses lining up to either support or skewer Mr. Vaughters made for an entertaining weekend on the social media platform.

James Stout begins a crowdsourcing fund for a cycling team

I’m a big admirer of this lad. First off, he made the decision to leave a full racing calendar in the States to return home to Europe for health reasons after his employer withheld agreed-upon medication necessary to control his Type 1 diabetes. Second, he was unwilling to be “dissuaded” from revealing his unfortunate experiences, and chose to be publicly forthcoming in speaking out about the mistreatment he received. Thirdly, he resisted the temptation to turn his back on the sport, and chose instead to race for a new cycling team, Team Traveller, beginning in June. Now the lad would like to make Team Traveller a haven for those in pro-cycling who have received a raw deal from other teams. I predict a bright future for Stout. Take the time to support his initiative.

Evans given vintage Cadillac Coupe as reward for Tour success

What makes this story one of the best of the week is the fact that the Caddy wasn’t a gift from BMC team owner Andy Rihs, but rather from rival WorldTour team owner Gerry Ryan of GreenEDGE. Ryan, is, of course, a fellow countryman to Evans and one really can’t fault his nationalistic largesse to the first Aussie Tour winner. But is this really permissible under UCI WorldTour rules? Absolutely, as we aren’t playing college-level American sports here. The question remains, however, if this could be construed as down payment for a future contract with GreenEDGE. I wonder what the current members of GREENedge have to say about the gift? Reminds me of the Jean-Francois Bernard/Bernard Tapie Porsche debacle.

I’m very thrilled to see Lululemon getting involved in women’s cycling. I’m also very thrilled to see Kristy Scrymgeour move up to the team manager role for the Specialized-Lululemon squad. Here’s hoping this might cause the men’s side to re-examine to whom they pitch sponsorship opportunities, as Lululemon is a solid fit for this aspect of the sport. Those who have been around the team say the energy is overwhelming positive, which should translate into a very successful year for the team.

I am thrilled at the development of the UCI YouTube Propaganda Network. It’s an outstanding way for the organization to disseminate the message directly to the masses. If you say something over and over again, not only will you start to believe it, but the ballyhoo may actually cause the general public and the media to begin to believe as well. It looks like I may have to pull strings at The Guardian, SkyNews, Velonation, Cycling Weekly, and Cyclingnews, though and put some better puppets in place to properly pass on my platitudes without inserting some fooking subjective knife twists pointing out how many holes my propaganda truly has. I’m picking up the phone, you hacks. Be forewarned. *chuckle*