The Secret Pro stirs the pot – but is it all a hoax? 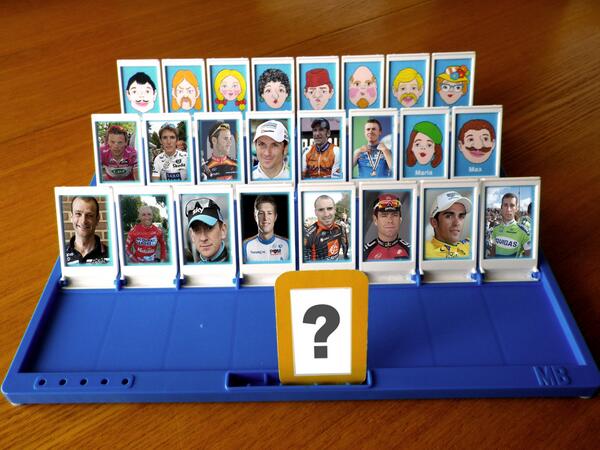 One of these Grand Tour winners stands accused by the “anonymous insider” that is The Secret Pro of being imminently outed as a doper.

“There’s talk going around the peloton that a former Grand Tour winner [is] about to be taken down for a [sic] biological passport irregularities,” TSP writes from behind his cape of anonymity in his sporadic column for the Australian website Cyclingtips.

“I can’t say who it is but when the news breaks you’ll know who I’m talking about. If it’s true, it’s a good thing that’s [sic] he’s been found out; it shows that the biological passport is doing its job.”

It’s funny to think that just weeks before, the question on everyone’s lips was the same: who is it?

But we weren’t seeking the identity of a Grand-Tour-winning doper as much as musing over which rider in the peloton was the inspiration behind TSP.

All of a sudden – everyone’s going on about TSP. Funny that. Shows just how a bit of sensationalism can get open flood gates. 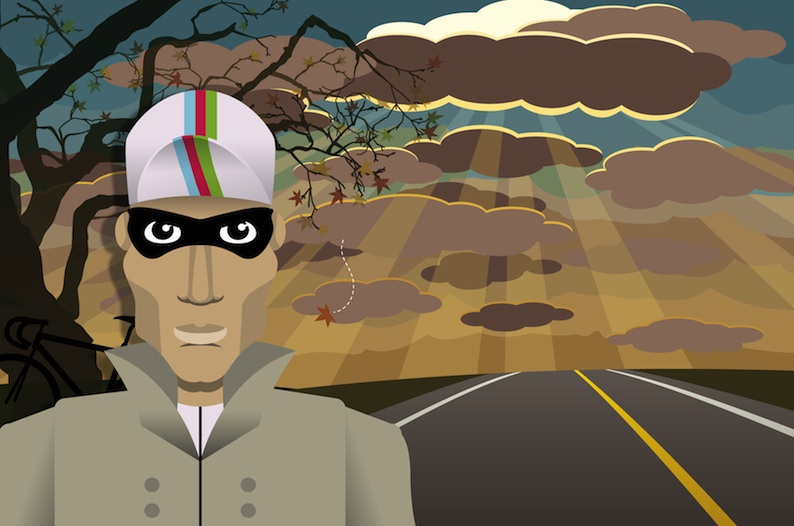 Just who is the Secret Pro anyway?

The opening introductory column back in December promised readers that the man behind the ghost-written articles had “raced multiple Grand Tours, Classics and World Championships, and finished highly in some.”

TSP’s opening offerings explained how he and his team-mates referred to the riders of Androni Giocattoli as “dicks and vaginas” because of the overload of personal and team sponsors on their shirts.

We were told that Katusha deserved their WorldTour slap-down because “where there’s smoke there’s fire” and that doping “just does not happen on my team.” (Of course not – not the mighty GreenEdge!)

We learnt that Michele Scarponi irritates TSP more than Lance Armstrong because “he’s been done twice now and still he’s rolling around winning races.” An odd comment, given Scarponi’s last win came back in 2011 (although given his current form on the Giro, the Italian is certainly still “rolling around”).

In short – the titbits we were being fed were rather paltry.

And then… boom! The shit suddenly hit the fan.

In his latest column TSP held nothing back, first lambasting the Eurosport TV coverage for the “opinionated” commentary of David Harmon and Magnus Backstedt, then laying into his sponsors’ new equipment (“some… is absolute crap”).

This was a mere amuse bouche for his big revelation: that a current Grand Tour winner was about to be taken down by the UCI for irregularities in his blood passport – and that most of the peloton knew about this.

Well, it’s nice to see the omertà is still going strong if 207 professionals doing their thing in Italy won’t out the fiend amongst them; that the only guy who has the gumption to say something is a chap hiding behind a mask and writing for an Australian cycling website.

Of course, the statement sparked a frenzy of finger-pointing on Twitter.

Keen to stir the pot, yours truly partook in some of the speculation by commenting that this has not been a good week for Bradley Wiggins – deprived of Tour de France leadership, subject to a Colombian conspiracy, and then discovering that he may not have been the first Briton to win a Grand Tour anyway, that his nemesis Chris Froome may have beaten him to it.

Most ignoramuses thought this was tantamount to Saddles suggesting that Wiggo was the man with “no admission” stamped in his passport. They clearly missed the point that it was a reference to the 2011 Vuelta a España, in which Froome finished second to a rider who hasn’t exactly set the world on fire since his first and only Grand Tour victory.

Besides the balding enigma that is Juanjo, many people flagged up Ivan Basso’s name – given that the Italian had withdrawn from the Giro just days before the start with a mysterious cyst on his bottom. (In hindsight, this was suspicious – just like Alessandro mysteriously hanging up his Sidi cycling shoes on the eve of his home Tour…).

After all, you’d think that in the wake of any passport irregularities, the UCI would have pulled the rider in question from racing the Giro – which discounts Evans, Wiggo, Cunego, Di Luca, Scarponi, Hesjedal, Nibali, Cobo and Garzelli. Of those riders, Di Luca and Scarponi aren’t exactly angels – and if it emerges that it’s one of these two riders whom TSP is referring to, we really should track the covert cyclist down and give him a real beating.

Besides Basso, that leaves Contador and Valverde, who have been snared in the past, Schleck, who is the past, and Menchov, whose name was recently mentioned by Michael Rasmussen as one of Rabobank’s long list of blood dopers from back in the day. His name makes sense – and he has been rather quiet in recent months.

Obviously feeling the heat, Menchov (via his spoof Twitter account @DeniMenchoff) put a word of warning out, saying:

Anyway, there’s no point in speculating because, as TSP assures us, we’ll soon find out when the news breaks. So that leads us back to the second facet of the original question: who is it?

Well, many people seem to think the secret pro is Argos-Shimano’s Koen de Kort – primarily because he ticks the boxes in terms of his race time table, plus there was once mention of a present given out by John Degenkolb to his Argos team-mates following his five Vuelta stage wins.

But has Koen really “finished highly” in multiple Grand Tours, Classics and World Championships? A criterion which would discount Tyler Farrar too.

Besides, in the latest column, TSP lays into @UCI_Overlord following the much-publicised issues with the Paul Kimmage fund – and Koen has been a good friend to Not Pat McQuaid. The Dutchman already has a column with Cyclingtips too, which would make him being TSP a bit obvious (not to mention barrel-scraping).

Personally, Saddles initially felt there was no way TSP could be anyone but an Australian. I mean, who from outside Australia would wax lyrical about a city as sterile as Adelaide? And who, apart from an Australian, would extol the “brilliance” of Matt Keenan’s TV commentary (you may have had the misfortune to hear this chap on global highlights packages – he’s the Australian chap with a high-pitched voice who makes Phil and Paul seem like the Penn & Teller of cycling).

What’s more – which other English speaking nation shows such disregard to spelling and grammar? (It’s “let’s” not “lets’” – unless someone is doing the letting, in which case its “lets”.)

Of course, such trifles with spelling and syntax are more of an issue with whoemver is ghost-writing and editing the thing – presumably after an explosive reveal-all phone chat or Skype session with TSP (at least, that’s what we’re meant to think).

But this got Saddles thinking. There are some things in the columns that just don’t read like anything a professional cyclist would say.

Granted, occasionally you get Mark Cavendish going all poetic by describing himself as “the exhaust – you know, the bit that makes all the noise” to the “kit car” that is his Omega Pharma-Quick Step team. But on the whole, riders aren’t so colourful with their words.

So an eyebrow of suspicion rises when reading TSP’s assertion that Cadel Evans has “always had a chip on his shoulder, but this time it’s much more than a chip, it’s a whole bag of Doritos!”

If the ghost-writer’s poetic licence can shine through so blatantly with the words – then what of the facts?

Which leads Saddles to the conclusion that perhaps we’re all being led on by TSP. Perhaps he’s not a pro at all – but merely a figment of one journo’s imagination. And what better way of getting people to listen than firing off some fabricated doping torpedoes safely behind a veil of anonymity (and reader, before you pull out hair in exasperation, I do realise the irony of that previous statement).

Now TSP is holding our attention, who’s to stop his ghost writer / creator coming out with some other brilliant nuggets next time round?

Maybe he can talk about a team-mate who shat his pants while riding the Stelvio.

Or he can tell us the story of the day he once walked in on Lance Armstrong picking up a pizza delivery with Johan – “with extra cheese.”

In fact, he can tell us anything – firstly, because he’s not accountable; and secondly, because he probably doesn’t exist.

As TSP said in the very same column: “Cycling has become a parody of itself.” It indeed has – and we’re all at it.