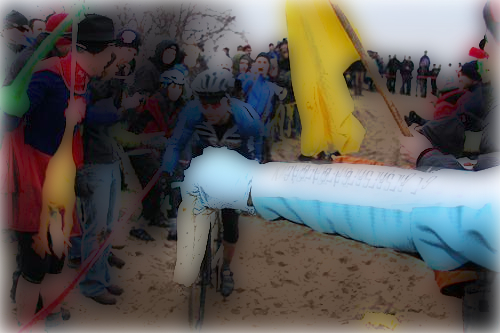 When you listen to this week’s “Open Mic” podcast with Adam Myerson, in the intro you’ll hear Creed talk a little bit about this idea we’ve been kicking around here. Earlier today we were shooting the shit and catching up with each other, and Creed shared with me some of the challenges that have been facing him as a former pro racer turned DS for a smallish domestic squad with aspirations. In addition to trying to finalize the rider roster for Team Smart Stop p/b Mountain Khakis, sort out the racing calendar, training camps, travel, etc., he’s been confronted with the dilemma of hiring (or not) guys who are just like he used to be – struggling neo-pros hoping for a break. Having sat in the seat on the opposite side of the table from the guy who held his future in his hands, Mike knows how tough it is to be that rider looking for a contract with a team that has a limited budget.

I know many of you think Creed is the icy-veined master of the Twitter zings, but beneath that sardonic exterior beats the heart of a softie. He’s now seeing first-hand that there are a lot of guys out there with talent, guys for whom many teams either don’t have a slot for them, or don’t have a huge budget to pay a great salary. And the fact that Creed can’t hire or help out a lot of these guys is really killing him.

We do these podcasts because they are a labor of love. Because he is a bit of a of a podcast junkie, a radio interview show is something Creed has wanted to do for a long time. And I’m flattered and thrilled that he approached me to help him realize that dream, not least of which is because we’ve become such good friends in the process of producing 20 shows this year.

The fact that Colorado Cyclist is sponsoring them and RoadID underwrote the episode with George Hincapie is immaterial to whether or not Mike continues to do these shows. Don’t get me wrong, their support is amazing, and we love them for wanting to help us keep bringing the shows to the listeners. It’s not a lot of money, but it gives us a few dollars to maybe get a better microphone so you don’t get all that echo when Creed is recording in GarageBand, or to help pay for the gas to let him drive to meet Levi in Santa Rosa. But when we started them, Creed just wanted to talk to people and make a podcast. It’s really for him, more than for any audience, although they’ve evolved to the point of self-awareness with a life of their own, much like HAL (hope you all get that movie reference). That you guys can eavesdrop on Creed’s conversations is a gift, it’s the icing on the cake. But we didn’t start out thinking that the podcasts were going to be something to try to make money. We were actually pretty adamant at the beginning that they not be sponsored so that it was about the purity of the experience, and Creed had the freedom to say what he wanted and his guests did too.

And even though this is a nominally commercial venture I’m trying to run here with the site, let’s be honest. It’s less about the money and more about the ability to have a voice, do something out of the ordinary, and make a difference.

So here’s the thing. Instead of spending the sponsorship money on equipment or gas and tolls, or putting it in our negative-balance bank account, we want to put it into a fund for those guys I was just telling you about. You can call it a stipend fund, a development grant, a hand-up, lunch money, a free pull, gap assistance, it’s on us, we got it, whatever. But some of these young kids are earning well below the poverty level trying to break into the ranks of pro bike racing, chasing the dream that one day they might be racing in the big leagues and pulling down a reasonable salary. But until that happens, a lot of them are quite literally starving on their meager wages.

Imagine if you’re one of those guys or gals. And if someone handed you a hundred bucks at a race to cover your meals. That would be pretty sweet, right? Well, we’d like to do that for three or four racers a month during the season. Just a little something extra to keep them going when it seems pretty lean for them.

We’re not quite sure how this is going to be implemented just yet, as we were literally just talking about it earlier in the day. And we’re hoping for some feedback from all of you to help us shape this seedling of a plan and help grow it into a mighty thing for good. Something pure and helpful, a way to give back. That sly little shove to the saddle when the commissaire isn’t looking that helps get you over that tough climb.

Let us know what you think. And thanks so much for reading this, and for your support of the podcasts. It means more than you know.