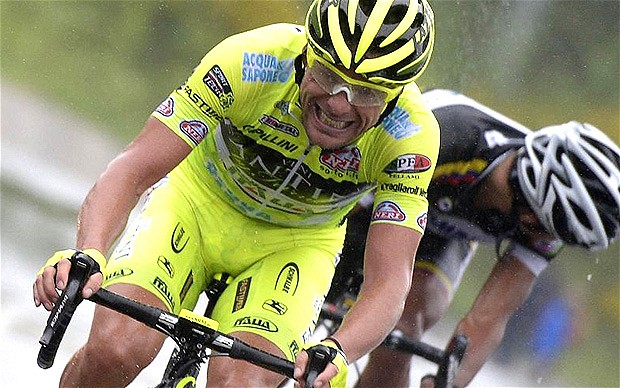 The game is broken…

You often hear the phrase bandied about, “Don’t hate the player, hate the game,” and it’s never been more relevant than in connection with cycling. The game of professional cycling (and De Gri is turning in his grave at me mentioning it as a game) is broken. The twin doping positives from the Vini Fantini team are showing up a true broken game; it’s raised more questions about how we treat people, teams, and riders and how professional cycling has to use up and spit out riders to make it all go round.

We expect riders to be caught if they are doping, yet we have nothing firmer than suspicions, innuendo, and Secret Pro-esque rumours. We hear time and again after someone was pinged that “the whole peloton was suspicious.” If the whole peloton is always suspicious, well how come no one does a Xavier Tondo and reports anything to the authorities? Simple answer – some of the authorities are broken, too. So how do we change this ?

Some say life bans are the only path towards change, but I disagree with this. I don’t think the environment exists where they can be implemented fully. We’ve had rules, regulations, and gentlemen’s agreements about returning dopers, but when push came to shove (or signing a deal on the dotted line), no one blinked an eyelid when Ivan Basso was the first big name rider to re-sign for a WorldTour team instead of spending two years at a lower level. What we have are commercial interests determining how someone returns to the sport and at what level, and not in a predefined manner. Life bans are using a hammer to crack a singular nut.

It must be agreed that what we have at the moment is broke. We have dopers returning to race without showing good faith or rebuilding our trust in them; we have teams hiring ex-dopers and letting clean riders go; we have silent ex-dopers at management, coach, and Sporting Director levels and no one really bats an eyelid. There’s a quote from Trent Lowe that has stuck with me from earlier this year,

“I am convinced that to complete the workload I was given on an ongoing basis, one would have to dope in order to recover. I was not doping and therefore my health suffered a lot from such over-training. Sadly I believe this scenario may still be ongoing in professional cycling, and I feel it still has a very long way to go.”

We can’t go banning cyclists for life when the sport is as broken as this. To paraphrase Floyd Landis the whole thing needs burning to the ground with the hottest flame possible as we let it die. It seems that it is impossible to untangle the good, the bad, the good going bad, and the bad trying to be good. For a fan, how can one differentiate between a David Millar and Danilo Di Luca – other than by innuendo, Twitter hearsay, and dodgy rumours ? 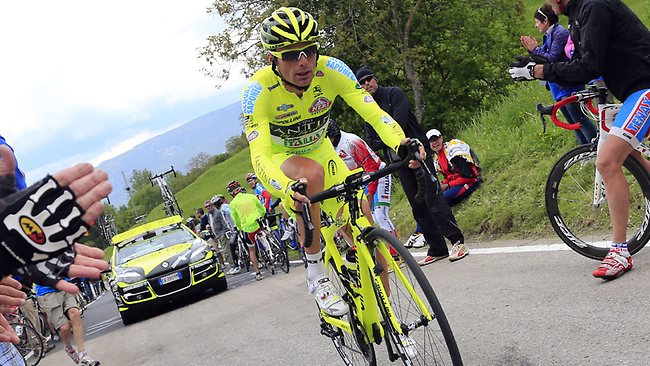 It seems as if the professional sport doesn’t have a doping problem, it has a fundamental ethics problem. It seems as if everyone operates on the attitude of,”Well, someone’s going to be screwing me, so I might as well screw someone/everyone else.” We have teams that are only concerned with optics, to be seen to do the right thing, and we’ve teams trying to do the right thing but failing, and we’ve teams not giving a damn.

If we don’t subscribe to the Floyd Landis idea of burning the whole thing to the ground, what do I think we need to do? We need to change our anti-doping policy to a drugs policy, we need to look at the bigger picture than just the cyclist that uses. We need a review of the doctors involved in the sport, along with the sporting directors, the race calendar, and the treatment of riders during Grand Tours. We need to let people see there is a belief in the system, be it the bio-passport, be it the whereabouts reporting system, be it the legal system when it prosecutes.

We need a sea change from the top down for professional cycling to work, and this doesn’t mean a breakway league with TV rights for teams, Mr Vaughters, it means a searing honesty to the sport’s faults and flaws – not a slow reveal when it best suits your commerical needs. It needs a different UCI – not just a different President – and  it needs a better model for young riders to come in to the sport and be valued as young riders, not just as some talent to be flogged for the greater exposure of some sponsor.

Whoever you are in the sport of professional cycling, you have a duty to be honest and try make a single change to your sport – to make it a better place after you leave than when you started. Don’t talk bullshit, don’t speak out of both sides of your mouth, don’t say one thing and practise another, reach out and try and make that change or face someone like Floyd burning the whole shit pile to the ground when you least expect it.

Cyclist, Nerd, Husband, mainly a cyclist, actually always a cyclist, the rest are just paying for the cycling.