Greetings, my name is Isambard Kingdom Bruyneel and I am the outright manager and leader of the RadioShack-Nissan Trek pro cycling team. I also created the Clifton suspension bridge. I think Cyclismas is very lucky to have me writing a blog for them because I won the Tour de France nine times, so you should read what I’ve written for you here! I’m about to unlock some of the secrets to the plan I have concocted to turn Andy Schleck’s fortunes around in time for the upcoming Tour de France. It is true that I’ve had a little trouble motivating Andy in recent months, and so I’m throwing everything I can at the emotionally-fragile young climbing imp, sometimes literally! There is no need to worry about my methods though, I am Isambard Kingdom Bruyneel! 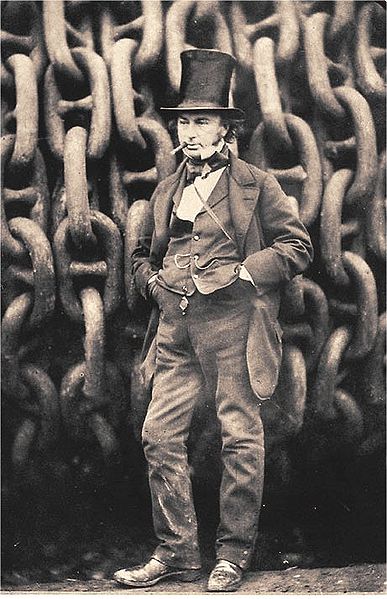 The key to Tour de France success is paying attention to the details. I invented that philosophy, Sky just took my invention and called it “marginal gains.” It angers me sometimes that they didn’t call them “Bruyneel gains” after me, but this is cycling and as Einstein says: there is no such thing as a free lunch. Einstein never won the Tour de France though, so I am better than him.

The other key to Tour de France success is to make a vast number of large, sweeping changes to an already successful rider’s training and racing program. If anything, these are more important than mere marginal gains; I will call them “Bruyneel gains.”

As previously stated, my scheme for Andy and the team is going perfectly to plan, but in order for me to ensure success I need to go even further. Luckily for you I am going to give you a little insight into the thinking behind what it takes to become a manager of great champions like me. Below is an assortment of just some of my Bruyneel™ (marginal) and Bruyneel™ (important) gains:

That is all my wisdom for today, fans. Even though I’m a very busy and creative man, a leader and a champion maker, I’ve made the time to write this article for you. Please respect my opinions or I will sue. Thanks.

n.b. My fee for writing this blog will go straight to the LiveStrong.com company.