The case against Lance Armstrong: Exactly where it needs to be

In the past week it was widely reported that the United States Anti-Doping Agency (USADA) had opened an investigation into Lance Armstrong and others associated with him for various anti-doping violations during his career as a cyclist.  These charges come several months after the federal criminal investigation into Lance Armstrong was abruptly ended by the U.S. Attorney assigned to prosecuting the case.  While many are still skeptical as to the reasoning behind the case being closed, I have argued that it was the correct decision and it was up to the USADA and the World Anti-Doping Association (WADA) to determine if he did actually doped during his career. 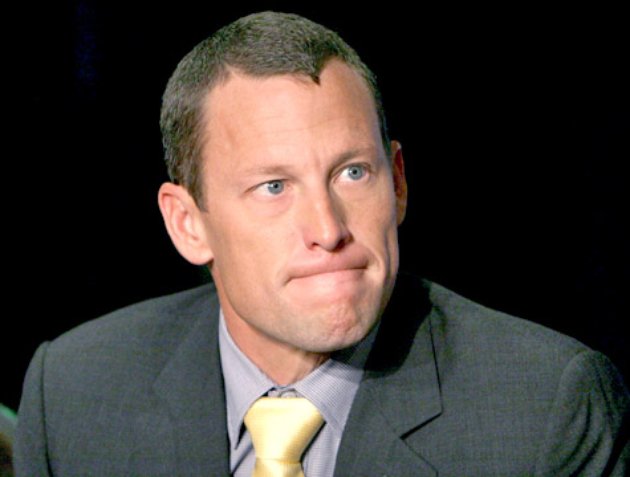 Sorry, Lance, it's not #unconstitutional

Given the recent failures by federal prosecutors to secure convictions against athletes in court which can be traced back to doping (the Roger Clemens acquittal being the most recent), the USADA case is a welcome change and the appropriate venue for the Lance Armstrong case. Since the USADA was established it “has worked to preserve the true integrity of competition.” With that in mind, it is a non-governmental, non-profit agency whose sole focus is to ensure that all sport competition and athletes under the United States jurisdiction compete fairly and without the assistance of illegal substances.

This mission is different from the FBI, FDA and other governmental agencies which have a role of enforcing federal criminal law. Cheating is not a federal crime; doping is cheating, and that is why Armstrong and company are not being investigated for federal narcotic offenses specifically. The criminal investigation was centered on various aspects of doping, but he was being investigated for crimes relating to racketeering (RICO) and fraud.  Even if federal charges were brought against Lance Armstrong, federal prosecutors would have to prove to a 12-person jury of his peers beyond a reasonable doubt that he committed those offenses.

As someone who has brought cases against individuals, it is a significantly high burden, and rightly so. However, what the Bonds and Clemens cases have proved is that it can be very difficult to achieve a unanimous verdict.  In an adversarial system, there is no such thing as a “slam dunk” case. Now that the USADA has initiated their case, if charges are brought, Armstrong’s accusers will face a significantly lower burden to prove he committed specific anti-doping violations.  Unlike “beyond a reasonable doubt” in a criminal case, the accusing party will only have to prove to a “comfortable satisfaction” (Article 3.1-WADA Code) that Armstrong committed anti-doping rule violations.  This is significantly less than beyond a reasonable doubt and usually compared to standards set in professional misconduct cases.

There is little doubt that criminal cases should require the highest burden of proof.  Some argue that the burden in doping cases is too low, and skews the advantage well in favor of anti-doping authorities and creates an unfair advantage against athletes.  Whether or not you agree with it, that is the burden Lance Armstrong’s accuser must meet if and when he is charged, and if the case is eventually brought to the CAS.

In a criminal case, the government has the sole responsibility of proving a defendant is guilty of a crime. Since in our system the Constitution specifies that anyone accused of a crime is innocent until proven guilty, they have no responsibility to prove they are innocent of the crime. In other words, the defense simply needs to raise enough doubt in the eyes of the jurors to prevent the government from meeting their burden of proof. In a doping case, the accused athlete is still required to account for specific evidence or account for a positive test or other accusation against them, unlike a criminal case, nothing is required of a defendant even though they still present their own evidence but only to raise doubt. In the case that will more than likely be brought against Armstrong, he will not have the luxury to simply sit back for force the USADA to make their case without responding directly to the accusations against him, participate and not simply raise doubt in the minds of the arbitrators responsible for hearing the case.

Recently, many Armstrong supporters and even Lance himself have thrown out the term “unconstitutional” or as Lance tweeted, #unconstitutional. I’ve spent a great deal of time trying to figure which amendment violation he could be claiming to be a victim of.  I have yet to fully determine why Lance would allege this, but will assume he believes it is in violation of the 5th amendment or “double jeopardy.”  This term refers to being tried for the same offense more than once after a criminal case has been brought and adjudicated or ended under specified conditions.

However, the current USADA investigation is not of a criminal nature. The USADA case against Lance Armstrong will not result in his imprisonment or “loss of liberty” since it will be heard before an Administrative Court; because it is not a judicial court like a state or federal court, Lance will not have the Constitutional protections he was provided during his criminal case. It focuses specifically on the rules and procedures for those who fall under them –American athletes – and has nothing to do with federal laws, because it is not officially a government agency no matter how much people want to argue it is because of partial funding through a federal grant.

Lance’s USADA case has nothing to do with the criminal charges he was being investigated for by the Grand Jury, and therefore in no way can it be argued it would fall under Constitutional violation.  Legally, it is important to recognize that even if federal authorities decided to reopen his federal criminal investigation he would still not be able to argue a “double jeopardy” violation, as it only “attaches” once a trial begins. Anyone, including Lance, who attempts to make this anti-doping case a matter of Constitutional issues has a gross misunderstanding of how the 5th Amendment works in this case.

The differences between the criminal case and current USADA case involving Lance Armstrong for anti-doping violations are apparent and clear.  These are the reason why his case is exactly where it needs to be in order to prove what many people want to know – was Lance Armstrong a drugs cheat as an athlete? A federal criminal conviction still would not have proven he was a doper.  It would have proven he broke federal criminal law with respect to fraud and racketeering, but never that he specifically doped, which is what the anti-doping case will specifically focus on and possibly prove.

In my opinion, the most important part of the USADA case against Lance is information about his blood passport values. There is a precedent for their introduction and use at the CAS if this case is to eventually be heard there, as we have seen with the Franco Pellizotti case.  A piece of evidence like the biological passport would never be brought into a criminal trial had Armstrong been indicted, but again, that goes to show the important difference between the federal government’s and the USADA’s cases, and highlights why the Lance Armstrong anti-doping case is exactly where it belongs.

While the battle lines have essentially been drawn by those for or against Lance, there are still many who really don’t know whether he cheated or not because it has never truly been investigated or adjudicated.

Hopefully, that is what this case will determine.