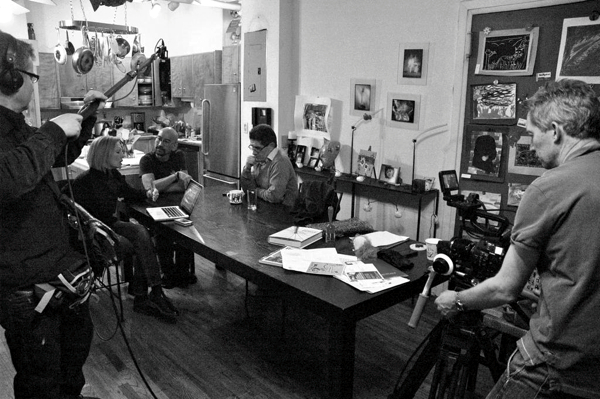 Statement on the Kimmage Defense Fund

Bill brought his motion on behalf of donors who contributed to the Paul Kimmage Defense Fund.  The Motion asks the Court to require Brown to account for all contributions and disbursements, and to place the remaining funds in the hands of a neutral third-party to be used according to the original purpose or else returned to donors.

Under the Court process, donors will be notified and given information to submit claims.  Brown will be required to explain how much was collected, how much has been spent and what the money was used for.  The remaining funds will be distributed under the Court’s supervision.

Bill Hue, who is a Circuit Court Judge in the State of Wisconsin, brought the motion in his private capacity as a citizen at his own expense without any expectation that he will receive more than his proportionate share of the eventual refund.  He has asked the Massachusetts Court to allow him to serve as a representative of other donors to assure that donors are treated fairly and given accurate information.

Lesli Cohen, who brought the original lawsuit against Brown, has consented to the Motion to Intervene.  Paul Kimmage has consented to become a party so that the Court will be able to make a final determination on how the money should be handled.

The Motion is not yet public because Brown’s attorney asked to delay the filing and Bill agreed to give her more time as a professional courtesy.  However, the Court records include a Notice of Motion which explains that the Motion is pending.

The Motion and supporting documents should become public shortly, and will be made available to all donors as soon as possible.  Bill has established a website, http://kimmagefunddonors.tumblr.com, to keep donors informed of the status, share legal filings with them and to invite their comments and questions.

In a blog entry that was posted earlier today, Brown falsely accused Bill and Lesli Cohen’s attorney Jim Donnelly of “bullying” but the facts will speak for themselves.  This entry has since been removed from the site, but the text that Brown posted read as follows (from kimmagefundrefund.wordpress.com):

“There were demands yesterday to shut down the website and turn over the funds to a Massachusetts court in order for the court to disperse the funds. This came from Jim Donnelly, lawyer for Lesli Cohen, and also from Bill Hue, who has filed a motion to intervene in the business dissolution on behalf of a very small portion of donors.

This latest bullying tactic would diminish the amount of the refund available to the donors as both individuals could then claim costs for their efforts against the fund. There also would be court costs associated with the turnover. If the refund process is being handled appropriately, why does the opposition want to diminish the amount of money to be returned rightfully to the donors? Why are they fighting a process to which in theory is agreeable to everyone?

Again, the legal action in process is a business dissolution. This isn’t a class action suit based on the Kimmage Funds, or a lawsuit about the Kimmage Funds. The characterisations being made on social media are incorrect and defamatory.

I will continue to battle these efforts to ensure the donors receive their rightful refund and a rightful amount. The demands and “offers” have been summarily rejected.”

The Court papers, when public, will show that Bill is acting on behalf of all donors, not just the “very small portion of donors” suggested in Brown’s blog post.  Furthermore, contrary to Brown’s blog post, he is acting without any expectation that he will be compensated for his efforts.  Because the average Defense Fund contribution is only $33 the most practical approach is for Bill to act as a volunteer class representative on behalf of all donors.  The only demands are that Brown must (i) provide verifiable financial information, (ii) place the remaining funds in the hands of a neutral party, and (iii) allow the Court to supervise an accounting and distribution of the remaining funds.  Future updates will be posted on the website.