but given the state uv this giro

full well aknowledging that we may be pushing

Scott Richards’ pVAM equation well beyond its intended use

first up the climb 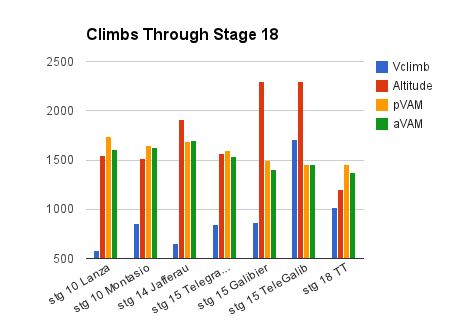 topping out at a modest altitude of 1205 m 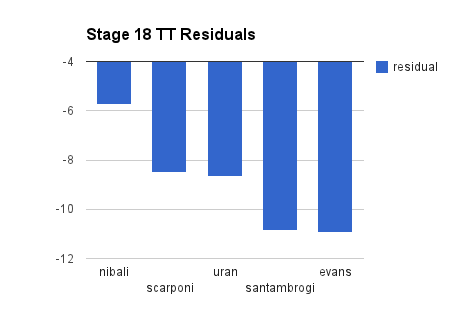 now on first fuggin pass the reaction might be

times couldn’t uh been that slow

but considering the overal trend 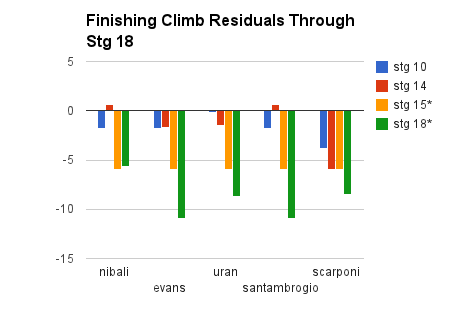 which considering the weather

makes absolute sense that these fuggers

with the exception of Scarponi

have all run the tank dry