Rodriguez and Basso flummoxed by unemotional Canadian at Giro d’Italia

The Giro comes down to the last two mountain stages Friday and Saturday, and in spite of their efforts, “Purito” Rodriguez and Ivan Basso have been unable to shake Garmin-Barracuda über-climber Ryder Hesjedal. 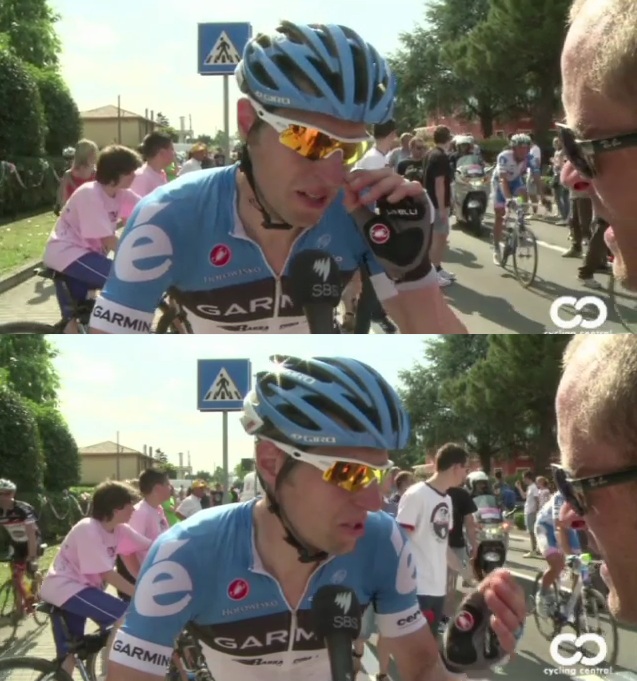 “I just don’t understand why we haven’t been able to drop him. I mean, he has no personal panache, no excitement, no verve. I mean, has anyone checked to see if he’s actually human?” asked a perplexed Purito while simultaneously entertaining three podium girls, flirting with a journalist, and texting his significant other.

Basso paused long enough from his campaign to become Italy’s first blueberry-farming prime minister to ponder the question of Hesjedal.

“His rhythmic heavy breathing is eerily reminiscent of Lance. And he spins on the trainer after races like Wiggins.  He is emulating these two champions in a bizarre hybrid homage that could unnerve me enough on Stelvio to give him the Giro,” mused Basso. 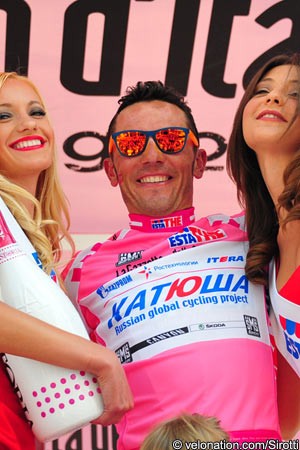 Rodriguez can't understand why Hesjedal isn't enjoying the Giro experience as much as he is.

Pundits have been perplexed if not puzzled by the Ryder question. Many in the North American press have derided or ignored Hejedal as a Grand Tour contender completely. A notable exception is Joe Lindsey of Bicycling Magazine, who trumped out his “Ryder card” on Thursday in his fawning Giro blog, much as he did in 2010 when the Canadian was closing in on a potential Tour de France win during that campaign.

When asked why journalists had trouble with the GC contender and putting  articles together extolling his virtures, SBS reporter David McKenzie offered his opinion.

“Frankly he really doesn’t give us much to write about. It’s worse than interviewing Wiggins. Trying to crack his dour manner is as bad as watching a Pinter play performed by Stephen Fry. Plus, he’s a nose picker,” commented McKenzie, highlighting the now-viral screen capture of Ryder nonchalantly mining his left nostril before examining and discarding the nugget while discussing Thursday’s stage with the reporter.

Garmin-Barracuda team boss Jonathan Vaughters did not return our phone calls for comment. Well-placed sources within the team commented that Vaughters refused to alter his routine, fearful of jinxing Hesjedal’s potential win. This adherence to ritual included a halt on clothing changes, a hiatus from phone calls with the press, a suspension on shaving, and a daily live chicken sacrifice on his kitchen island.

Hesjedal, when asked what preparations he was going to invoke for Friday’s stage up the famous Alpe di Pampeago, made famous by hallowed greats such as Marco Pantani, was his typical mono-emotional self.

“I might have a couple sips of coffee.  Maybe read an article in Architectural Digest. Sit on the balcony and listen to the wind. Maybe look at my knee for an hour or two. Say a quick “hullo” to the missus, not much,” stated a flat Hesjedal.