After a “successful” team camp in Gran Canaria with his Saxo-Tinkoff team where thousands came out to meet and greet Alberto Contador, including one fan who demonstrated her “naked loyalty” to the team, owner Bjarne Riis went into hiding for four days with self-help guru Tony Robbins. 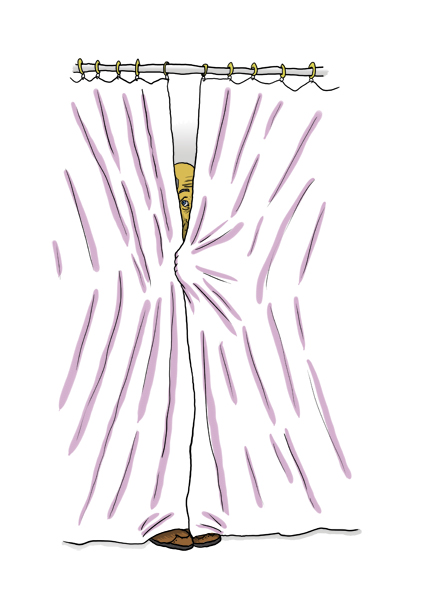 Reports suggest that the possibility of losing his team’s World Tour place, coupled with the exposure from the Danish edition of Tyler Hamilton’s book, The Secret Race, was more than the stoic Dane could handle.

“There were several participants to whom Riis offered autographs during the Contador event here in Las Palmas, but the fans refused the overtures. The look on Bjarne’s face was certainly telling. I think his confidence has taken a massive hit,” relayed one fan who participated in the ride with Contador.

One anonymous team member echoed the sentiments, saying Riis has withdrawn from public interactions, and would prefer to spend time alone in the shower clutching his Crotch Eagle plushy toy rather than face the crushing demands of the media under the current circumstances.

“I feel bad for the man on one hand, because everyone was doing it at the time, but on the other hand, I don’t understand why he doesn’t just come clean. I will say, though, he’s been on the phone muttering ‘Yes, Hein… Yes, Hein…’ more frequently than normal. And in a quieter voice,” stated the anonymous team member.

Cyclismas has learned that Riis didn’t leave Gran Canaria with his team, and instead has taken the advice of major team backer Oleg Tinkov, who suggested Riis needed a confidence boost. Tinkov has flown in self-help guru Tony Robbins for a special four-day session to include walking over hot coals and an intense day-long seminar on “Outstanding Relationships.” Tinkov offered his clarification on why Robbins was brought in to boost Riis’ flagging morale.

“It was important to get Bjarne from Position 4 on the Robbins Scale of Outstanding Relationships – planning your escape – back to Position 1 where he can enjoy an outstanding relationship with love and passion. Bjarne needs to rediscover his love and passion for the sport. I think it’s working. I’m pleased to see him starting to laugh again, and spending less time hiding. You’ll see a rejuvenated man in 2013,”  stated Tinkov via phone.

When asked if Riis would be coming completely clean on his doping activities, Tinkov was direct.

“It’s none of your business, and it’s ancient history. We need to move forward in the sport in order to effect change. I look forward to the UCI’s independent commission. I’m sure they will get to the bottom of all these problems in cycling,” concluded Tinkov.

Riis faces a chilly reception from the UCI license commission, and an uphill climb in ice skates to retain his World Tour license. It’s not known if he’ll be bringing the hot coals to the meeting, or if they’ll be provided by Ernst & Young.