No doping evidence against Armstrong in 2009?

In Sporten.dk today, Rasmus Damsgaard, who was responsible for the internal testing of Lance Armstrong in 2009, does not agree with the conclusions of the USADA report that Lance Armstrong doped after his comeback to the sport. 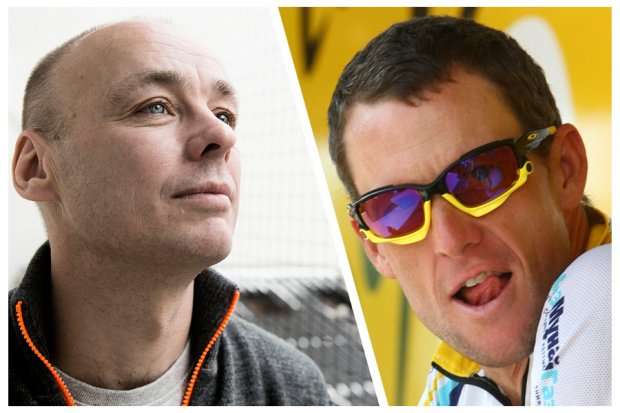 Over at the Veloclinic, Doc has a few things to say about this…

They (USADA) do such a good Reasoned Decision, and then it’s so weary and bad when it comes to that test. They didn’t have to do that part of the Reasoned Decision. It is not impossible, that a transfusion has happened. But one has to know when the test was done,and I believe I know a little more about that on a certain point than Robin Parisotto does. And that point was done on the top of Mont Ventoux – 15 minutes after the stage in 40 C degrees. After six hours of cycling – That’s not a reliable test. That test on Mont Ventoux was done by two French testers. They tested him there, by the very fact, that it’s the worst, most bad and miserable test, that shows the highest figures.”

Interviewer:  When Michael Rasmussen revealed his blood values for 2007 and 2008, you said ‘Doping!’

Yes, and I regret that. And I have also published that regret. To pronounce on a case, you have to know every point on the curve.”

Interviewer:  Do you sit back with the feeling that you didn’t catch Armstrong, but you should have?

No, I don’t. In principle the Reasoned Decision ends in 2005. Partially 2007. But hereafter UCI has made the worlds best anti doping program with the biological passport. It is reasonable and intelligent. UCI has done everything; to make the passports as good as they are, because they have included the world’s best experts from 2008.”

Interviewer:  So you are not convinced that Lance Armstrong was doped in 2009?

No, because we haven’t seen tendencies that way. In 2007 there was something going on, and in 2008 there was CERA. So no, I feel that UCI and cycling has been the cleanest sport in thelast five years. They can document, what they have done with anti doping. No other sport can do the same. And yes cycling has positive tests, but you get that when you are testing. They haven’t discovered organized doping on the teams in that period either.”

so because one data point is disputable the the rest should be ignored ?

(Editor’s note: Please note that the climb was Ventoux rather than Alpe d’Huez as stated in the video. Doc apologizes for this gaffe.)