At a special session of the UN Human Rights Council, it was revealed by Navanethem Pillay, the UN High Commissioner for Human Rights, that actions over the past 24 months by Pat McQuaid and the UCI Management Committee are being investigated for violations of the UN Charter of Human Rights. 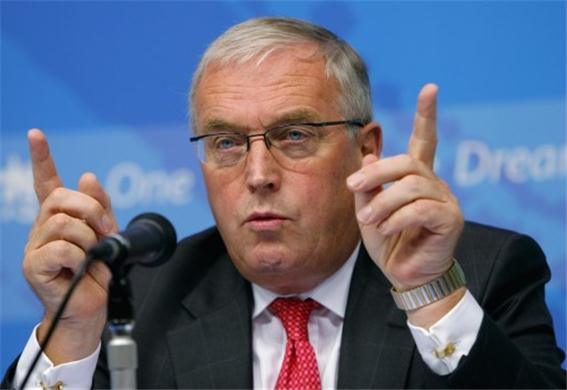 The McQuaid-led organization was one of two that were named for infringing on the Universal Declaration of Human Rights. In particular, the commission found McQuaid’s most recent transgression to be in violation of Article 19 of the charter. This is in reference to his lawsuit filed against journalist Paul Kimmage; it has been determined that using his position within the UCI to violate the charter was even more reprehensible than the recent actions of the US Department of Homeland Security.

“Mr. Kimmage has the right to state his opinion, and to state the facts he has garned as a citizen of our planet, and especially since he is an accredited journalist who has shown his ability to impartially report on the happenings of the sport. It is deplorable that any organization of influence that is supposed to operate on behalf of a very broad constituency would conduct themselves in this manner,” stated Pillay.

Delegates at the special session were gobsmacked by the violations of the human rights charter that were documented in the press, not to mention the evidence gathered by special investigators commissioned in July of last year after complaints from Alberto Contador, Alexander Kolobnev, Franco Pellizotti, Ezekiel Mosquera, Alejandro Valverde, and Jonathan Vaughters.

McQuaid himself was shocked at the allegations.

“Look, I don’t understand what the issue is. There are those who have power, and then there’s those that are oppressed. Everyone works hard to be powerful and escape the oppression. Frankly, as far as I’m concerned, the UN is pure rubbish. They should stick to their meetings and declarations and stay out of my world. Officially, though, I really have no comment on this, as there is no case yet, nor have I received any notification of any kind pertaining to these bullshite allegations,” commented McQuaid.

When reached for comment, Kimmage’s only reply was, “They’re 20 years too late to the party, typical.”

The special session passed a motion to investigate and make recommendations to Swiss parliament on the “dissolution of the UCI and the return of the sport to the grassroots of the federation.”

Expert opinions were mixed on the move by the UN.

“I’m not sure anyone really cares about what McQuaid is doing since he’s been allowed to do it since 2006. I doubt the UN will have any impact other than getting the tongues of the bloggers and the Twitterati wagging,” commented Eurosport commentator David Harmon.

“This is a great move by an organization with some weight behind it. Let’s just hope that the Americans don’t scuttle it with a filibuster to protect the corporate interests known to have the ear, the mouth, and the entire body of Pat McQuaid, along with the rest of his crooked cronies,” fumed the tweeter known to be “73% faster than a turtle on sand.”

Pillay’s next step is to forward the UN research, conclusions, and recommendations to the European Court. Cyclismas will be staying abreast of the developments as they occur.