THE MOVIE adaptation of  the book, The Secret Race, by Tyler Hamilton and Daniel Coyle is back on track after the authors and producers finally agreed on a new ending, Hollywood insiders report. 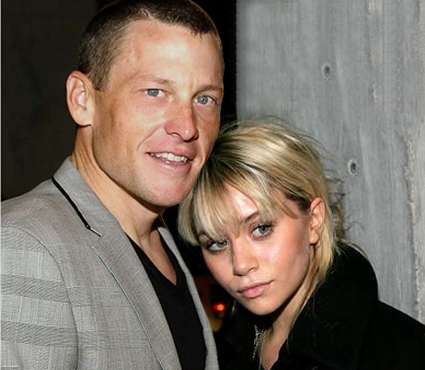 Production of the cycling biopic, which focuses heavily on Lance Armstrong, had stalled after studio bosses decided the ending in Hamilton’s best-selling book was too depressing for multiplex audiences.

But with a revised script, movie marketers are now confident they have a hit on their hands.

“Four fifths of the story remains very faithful to the original material,” a source on the Los Angeles set told Cyclismas today.

“The bright-eyed hope of Hamilton’s younger days. The heartbreaking scene where he is given his first dose of EPO. The bittersweet moment when he returns home for the family croquet tournament and is too ashamed to tell his father the truth about his cycling career. All this is beautifully portrayed by Gary Sinise, Matt Damon and the rest of the cast.

“However, when the producers tested with focus groups they found that the book’s original ending rated very poorly.

“Feedback suggested that most viewers, particularly those in the lucrative 18-49 demographic, grew up thinking of Armstrong as a hero and preferred a story that was ultimately more inspirational.

“So the decision was made to reshoot the ending with a few minor script changes.”

The movie departs from Hamilton’s story at the point in 2007 where Armstrong, two years into his first retirement from pro cycling, dates child-star-turned-fashion-designer Ashley Olsen.

Rather than have Olsen and Armstrong date briefly before parting ways, the pair forge an unlikely relationship that transcends the 15-year difference in their ages.

“It’s a Sliding Doors type thing,” the source said. “We asked ourselves, well, instead of having Lance and Ashley canoodling in a couple of New York bars before going their separate ways, what would have happened if they had stayed together?”

In the final third of the new script, Armstrong, having met the love of his life, considers coming out of retirement to ride the 2009 Tour de France. But he ultimately rejects the opportunity in favor of settling down with Olsen.

“They become America’s sweethearts, if you will,” the insider said.

Tyler Hamilton is still alluded to in the closing passages, but the pro cycling doping scandal fades into the background in lieu of a plotline where Olsen and Armstrong move to the Solomon Islands and attempt to record a pop album.

Olsen will be played in the film by her identical twin, Mary-Kate.

“Everyone was blown away by the chemistry between Mary-Kate and Matt [Damon], who plays Lance,” the insider said. “And when I say blown away, that’s a bit of an inside joke because there’s a scene where Lance and Ashley have to take to sea and survive a fierce tropical storm.

“I won’t say how they manage to ride it out with all their recording equipment and return to the island, but let’s just say there are a raft of surprises in store for cinema audiences.

“We now believe we’ve got a blockbuster hit on our hands.”

The movie closes with Armstrong’s and Olsen’s debut single, Don’t Need to Suffer No More (Now I’ve Found You).

The soon-to-be-released video clip for the track reportedly features a rapping Robin Williams.