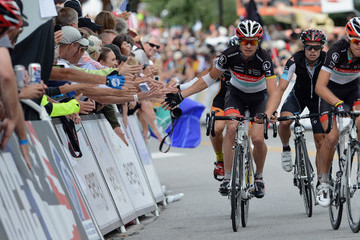 Ben King is a 24-year-old American who currently races for the Luxembourg-based RadioShack-Leopard Trek squad. He’s been with the RadioShack squad since the beginning of 2011 when he signed his first professional contract. Ben is a former US National Road Champion, winning the race in Greenville, South Carolina in 2010. The young American is a lover of the outdoors and enjoys hobbies such as hiking, fishing, and snowboarding.

We caught up with Ben as he recovers from a recent crash while training in California. 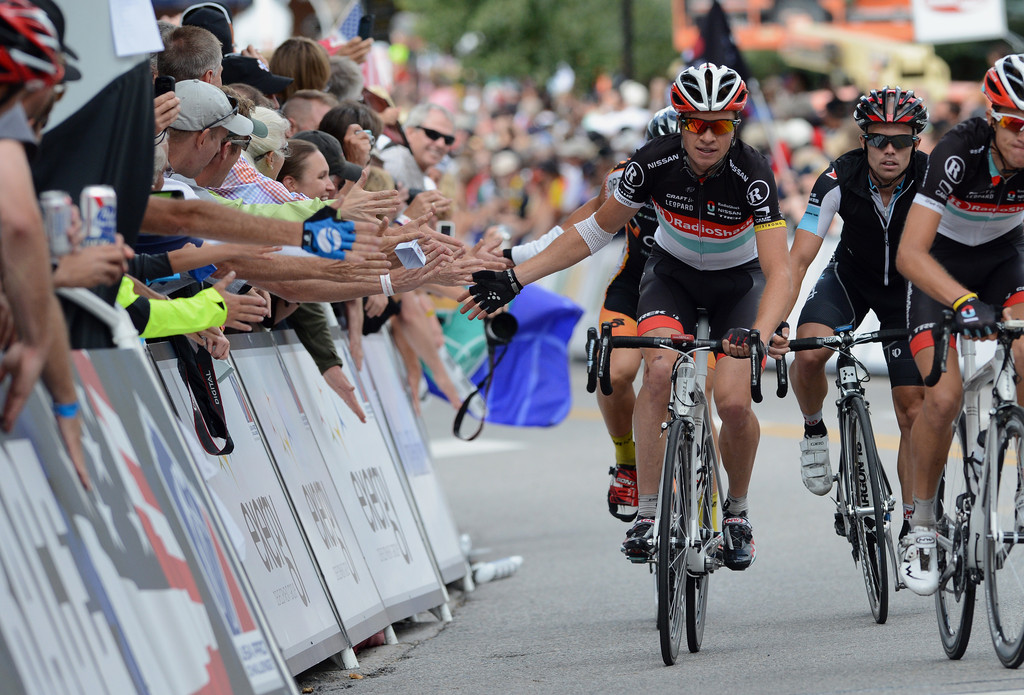 Ben King reaches out to the crowd as he approaches the finish of Stage Four of the USA Pro Challenge from Aspen to Beaver Creek on August 23, 2012 in Beaver Creek, Colorado. (photo Garrett Ellwood/Getty Images)

Luke Allingham: Ben, it has been a tough week for you with not being able to start the Tour of California due to injuries from a recent crash. Tell us about the crash, and what injuries you’ve sustained from it.

I crashed on a technical decent. It was as though the corner was greased. I was leaning into the corner and sliding on my hip the next moment. I got a lot of road rash on my hip, but the worst is the damage to my palms, which prevents me from holding the bars.

LA: What does it mean for you to miss the Tour of California? It’s considered to be one of the biggest races on US soil.

I’m most disappointed to abandon the team before battle. Plus I miss out on interacting with the US Cycling fans. A race like Cali brings them the action that they ordinarily have to watch on TV or read about. I enjoy meeting them. It’s motivating.

LA: What are your thoughts on the extreme heat that riders in California experienced during the first two stages? Do you think that Stage 2 should have been called off due to the extreme temperatures?

It was a winter of cold and rain for most guys. I wasn’t in Cali but I can imagine what a shock that heat was for the riders. Amstel Gold was my first race in the heat this year and I cramped hard. This is a brutal sport, but cancel the race? No. It’s not the same as icy roads.

LA: I understand that you’re now at home recovering from this recent crash. Do you know when you’ll be able to return to racing? The US National Road Championships are being held in a few weeks, do you think you’ll be able to participate?

I haven’t made a decision on the championships next weekend. I’ve taken a week off and am still healing. But it would be valuable to get some experience on the new course and in a race anything can happen. I learned that in 2010!

LA: As we look into the remaining part of this season, do you know what races you could potentially be taking part in? What will be your goals for the remainder of the season?

I would like to be selected for the Vuelta Espana. The team has given me a good program to build up for either that or Tour of Colorado.

LA: How do you feel about your season so far up to this point?

It was a tough winter. Cold and wet. I trained without a rain jacket only like four days in Tuscany. I literally had a vitamin D deficiency, which can cause depression. So, mentally I’m enjoying the rest this week. I hadn’t seen my family or friends for four months. But I’ve been able to do some great races in Europe. I’m still living the dream.

LA: You’re currently racing for the RadioShack-Leopard squad. Tell us about the overall team atmosphere, as an insider, such as at a team dinner, or on the team bus.

We are often one of the first and last teams in the dining hall just chatting and enjoying each other’s company. It’s a diverse yet inclusive group with some big personalities. Dancing is not uncommon on the team bus. The atmosphere amongst the riders and staff is excellent.

It doesn’t add negative pressure. Even those guys need a team to win… well, maybe not Jens, but it’s encouraging and motivating to work for and with them. It’s a privilege and honor to be their teammates.

LA: After struggling for some amount of time, Andy Schleck’s form appears to be on the rise at the Tour of California. What does that mean to the team as we move further into the season, and specifically, towards the Tour in July?

Andy took a lot of criticism at the beginning of this season. It is easy for people to talk from their couches and forget that Andy broke his pelvis less than a year ago, not to mention the drama with his brother. Andy has a great attitude and is always so positive and happy that people might think that he doesn’t care or take his job seriously. We aren’t robots. I admire Andy’s optimism in the face of his struggle to get back to form. He loves this sport and does work hard. He started from scratch this season and has been remarkably stronger at each race. He has so much talent that he reaches a point of fitness where most of us level off but he continues to improve.

LA: What are your thoughts on Bob Jungels, who is the neo-pro on the squad this year?

Bob’s legs speak for themselves. He’s the youngest guy on our team but isn’t looking for any kind of crutch. He had our first team win aside from Hayden’s Kiwi championship victory. I think he’s also been top ten in every TT he’s done this year.

LA: Who do you consider to be the best roommate on the team? Why?

The directors assign our roommates, which is fine because I get along with everyone on the team.

LA: What would you consider to be some normal topics of discussion in the peloton currently, or generally?

The weather, the race itself, our race programs. A lot of those conversations are boring, but each of us has a life outside of cycling. So we talk about family life, girls, hobbies, travel, you name it.

LA: What are your thoughts on the Giro so far? Who is your current favorite for the overall?

Nibali looks very in control. I can back an Italian for his national race. But they’ve already lost a few favorites thanks to the epic conditions. It’s not over yet.

LA:  Outside of riding the bike, what are some of your hobbies that you enjoy doing?

I love the outdoors. I like hunting and fishing, archery, snowboarding, hiking, and a lot of other adventures. I like to write, and I bought a guitar for the rainy days in Tuscany.

LA: If a fan wants to follow your life while racing over in Europe, how would they be able to keep up with what you’re doing?

My Twitter account is the best way. @benking89. I also have a fan page on Facebook, which I aim to update more frequently. Even if I don’t respond all the time, I appreciate all fan interaction. It can be a lonely lifestyle at times!

LA: Is there anything else you’d like to mention in this interview? (Important news, upcoming events involving you, a shout out to someone special, etc.)

Nothing that isn’t too random comes to mind. 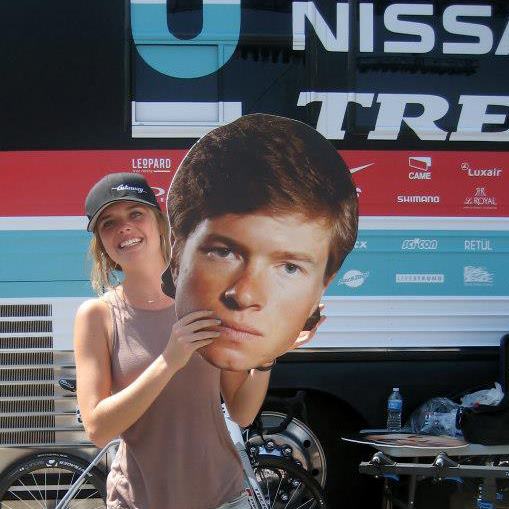 Don’t get a big head, Ben! One of Ben’s biggest fans is his little sister. (Photo from Ben King’s Facebook page)

Luke Allingham was born, and still resides, in Chicago, Illinois. Despite being a Freshman in high school, Luke has continuously covered and followed the sport of cycling since early 2011. He easily enjoys cycling more than his school work, and attempts to fit as many cycling-related activities into his daily life as often as he can. At the age of 15, Luke is one of the bright voices in cycling journalism and is definitely a name to be remembered for the future.