It was a sickening move. He was clearly under team orders to hold back and yet he acted on his own impulse, threw caution to the wind and defied the hand that feeds him. I thought I would choke on my Corn Flakes. Such a thing would never happen at Sky…

That was how many of us reacted when watching Sebastian Vettel’s shifty overtaking manoeuvre on Red Bull team-mate Mark Webber to defy team orders coming over race radio and take a controversial win in Formula One’s Malaysian GP on Sunday.

“Multi 21, Seb. Multi 21.” These were the only words Webber – incandescent with rage – said to Vettel in the drivers’ room after the bad-tempered race, thought to be a reference to the Red Bull team code for holding station (a technical motorsporting term for ‘not racing’). 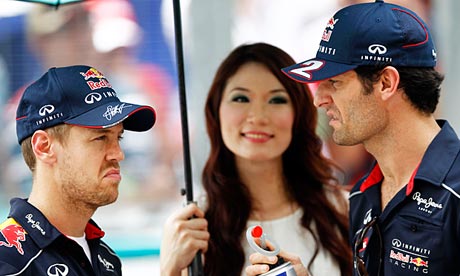 Perhaps, back in July last year when Chris Froome was riding hard on the final climb to Peyragudes in stage 17, it was a similar radio order that saw the Sky super-domestique check his speed and slow for team leader Bradley Wiggins.

“Multi 21, Chris. Multi 21. Chris, Multi 21!” the order would have come through the earpiece on the three occasions young buck Froome opened up a tantalising gap over the yellow jersey of the veteran trying to hold his wheel.

Hours after Vettel put points before friends and team morale, Sky were going about their usual business of pretty much bleeding everyone else dry on the final two climbs of the day on the deciding stage of the Criterium International.

“People get carried away with the whole machine/robot kind of thing but at the end of the day, they are human beings,” said Sky manager Dave Brailsford a fortnight ago after Tirreno-Adriatico.

And yet, there were Sky doing their best not to de-humanise the race by setting what most French-language websites describe as an “infernal” pace. Joe Dombrowski, Jon Tiernan-Locke, Xabi Zandio and Kostanstin Siutsou all pulled hard on the front to chase down a break that included – rarity of rarities – Andy Schleck.

Then, Vasil Kiryienka – a new recruit from Movistar over the off-season – was in no way machine-like or robotic in decimating the field “to get us to that point where Froomey and I can attack at the end,” as described by Richie Porte, who had taken the race lead on Saturday after a second time trial victory in as many weeks.

Best buddies Porte and Froome rode hard together before there was a potential Vettel-Webber moment when last year’s Tour de France runner-up put in a huge dig and dropped the yellow jersey – before riding off into the sunset up the Col de l’Ospedale to take the stage and overall victory. 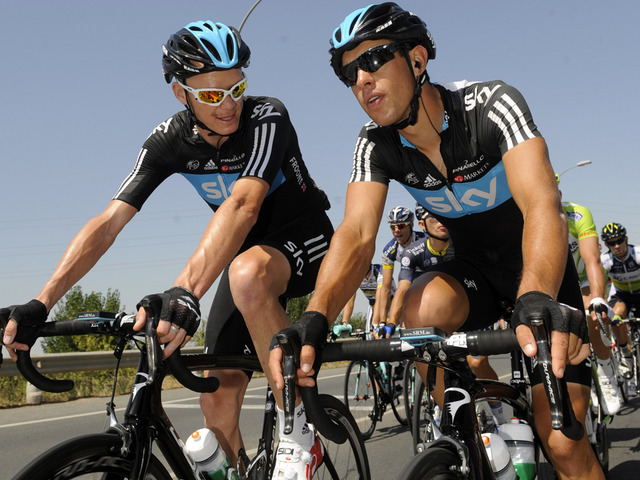 Tasmanian Porte finished with a flourish to secure a double one-two for Sky – in both the stage and on GC. It was a job well done which “panned out more or less how we expected,” according to Froome. Porte agreed. “Tactically we were spot on today,” he said without any rancour at having lost the maillot jaune to his team-mate.

“The only important thing was that Team Sky won today. It’s always special to get a one-two on the podium, especially given the strength of the field we had here, and we’re super happy.”

According to a top secret source – a former adjoint sous chef currently on an 80-day rolling contract to source the best pasta and rice grains ahead of the Giro next month – Sky have visions of turning entire podiums black and blue and Rapha-hued.

“We all know that the original plan at Sky was ‘to create the first British winner of the Tour de France within five years’,” said the deputy chef’s assistant.

“Now, the use of the verb ‘create’ is a bit unfortunate there – especially for a team management bent on discrediting the notion that its riders can be built and programmed like robots – or, if you will, created like some kind of gastronomic dish.

“Anyway, I digress. They downgraded that aim to simply winning the Tour within five years – wholly needlessly, it turned out, because a British rider (albeit one created in Belgium) did manage to do that within a couple of years.”

Seeing two riders on the top rungs of the podium in Paris gave the ambitious Brailsford new ideas.

“They all went off and did the Olympics, tra la la, but it was clear that Dave was planning his next move. Which is quite simple: to have three – and not two – Sky riders on the podium in the Tour.”

The plan for July is for friends Froome and Porte to top the podium and Wiggins to take the third rung after himself winning the Giro (ideally ahead of Colombians Rigoberto Uran and Sergio Henao).

“It may sound crazy,” said the culinary source, “but actually that’s just the start of it. The ultimate aim is to send an entire nine-man team to the Tour and to place them in the top ten. That’s why Cavendish was flogged – they tried to test out his climbing ability last year, but Tim Kerrison decided that Cav couldn’t swim very well and was definitely never top-ten material and so wholly surplus to requirements.” 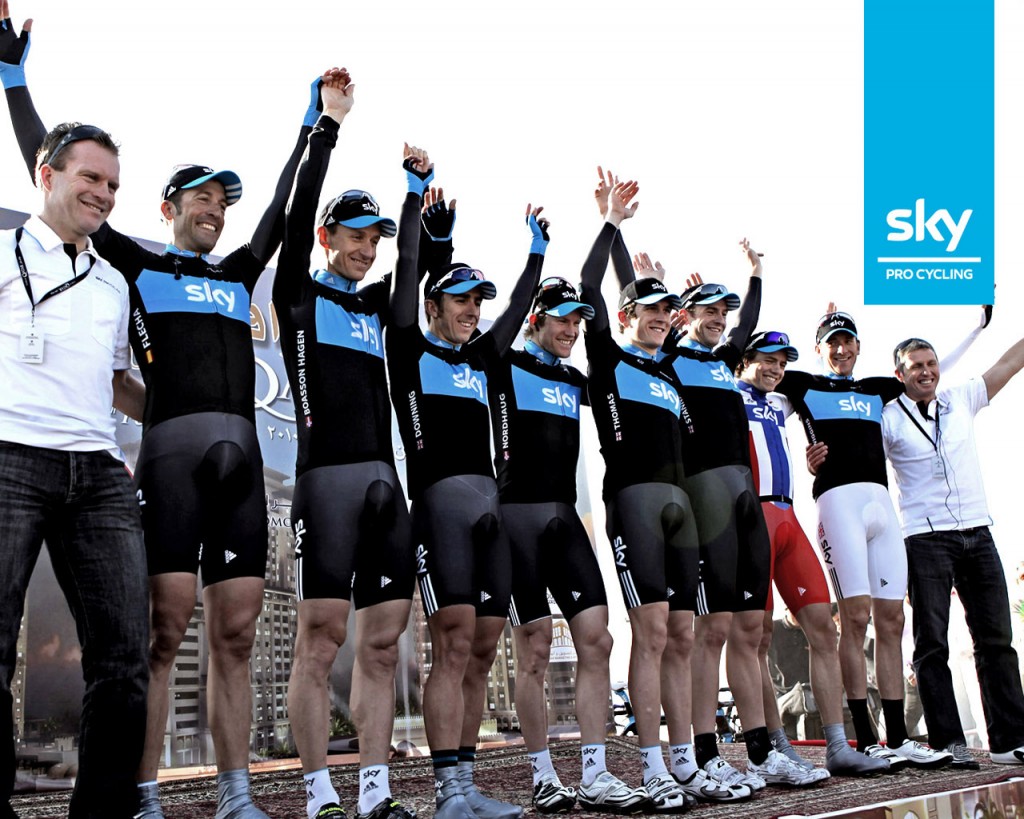 Is a Sky top ten in the future? (Image: skysports.com)

As such, the likes of Dario Cataldo, Uran and Henao are being conditioned to ride so ably as super-domestiques that they place themselves in the top ten by dint of everyone else in the peloton being completely shanked after three weeks of hell.

“You could say the Colombians and Darius – as we call him in the kitchen – are being groomed for their roles. In fact, chez Sky we actually call it being ‘froomed’ now.”

Such lofty ambitions bordering on the dictatorial have not made Brailsford lose his sense of humour, however.

“Dave had a bet with Sean Yates that, whoever the other rider is who finishes in the top ten alongside our nine boys, Sky will sign – regardless of his team or cost, provided his provenance checks out okay and he’s not mates with Bobby Julich.

“But you see, that’s what will make the whole thing exciting and keep the suspense going right to the end.”