After it was announced that the U.S. Department of Justice was joining the Qui Tam case against Lance Armstrong filed by Floyd Landis in 2010, Armstrong’s attorney Tim Herman announced that his client was also joining the list of plaintiffs who are suing the former age-group swimmer. 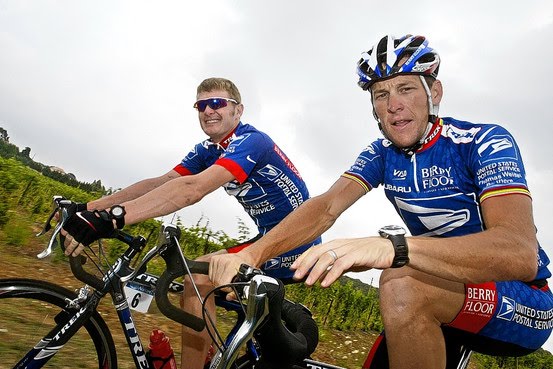 In fact, Herman also announced that in addition, the following entities were joining the Qui Tam case after the political winds continued to turn against the aging former superstar who no longer has any relevance:

Livestrong representatives refused to confirm or deny reports that they were also considering joining the Qui Tam lawsuit at press time.

However, not everyone was happy about the latest plaintiffs joining the lawsuit. Former Armstrong confidante Emma O’Reilly was surprised by the sudden activity of the Qui Tam lawsuit.

“Only in America can someone actually sue themselves. Not really surprised about that, I guess. What I am surprised about is the fact that Bjarne Riis feels he was wronged in some way, and feels it’s valid for him to join the lawsuit,” commented O’Reilly.

Several pundits weren’t surprised by some who had joined the lawsuit.

“Verbruggen and McQuaid haven’t joined any lawsuits in the past eight months. I guess they were due to jump in somewhere. Considering they’ve drained the UCI coffers completely, it’s no wonder they’ve opted to join a lawsuit rather than start their own. However, didn’t they say that Armstrong no longer existed? Huh… well with money at stake, I guess they’re willing to acknowledge him somewhat,” commented one journalist who may or may not have been Stephen Farrand.

“I suppose the whole elephantino episode was worth at least a million. I think we’ll see a bandana resurgence in the pro peloton if this motley crew of litigants wins their case,” stated Friebe.

However, Kimmage wasn’t aware he’d signed up for any new lawsuits.

“I think Floyd’s trying to prank me. I’m really not interested in seeing another lawyer anytime soon, thank you very much,” stated an emphatic Kimmage.

Landis offered a written statement on the back of a pizza box, which he photographed and then sent to the press via his Instagram account.

“F**k all the joiners. It’s my money, bitches. You can’t have any,” stated the handwritten note, obviously written with a giant red sharpie on loan from former-cycling-ruiner-now-vindicated iconoclast Neil Browne.

The NYVelocity crew was unavailable for comment. They were busy building a wind tunnel in Andy Shen’s apartment.

Further details on the Qui Tam case will be available late next week, allowing pretty much everyone in the United States and France the opportunity to jump on the filling-up bandwagon.