In the past week or so, Cyclismas has put the spotlight on women’s cycling between engaging in commentary and discussion here and on twitter. Last week on the Hotstove, the Overlord got Shane Stokes, Mike Tomalaris and Neil Browne talking about what women’s cycling can do to develop further. Next week we’ll be talking to Nicola Cranmer and Bridie O’Donnell on the upcoming Hotstove. As a part of our focus on women’s cycling, @Pedalingtheroad got together with Karl Lima, team manager for Hitec Products-UCK, one of the best women teams in the peloton. A mere week ago, the team was voted “team of the year” over at the Podium Cafe. The team hasn’t been around for many years, but has already made it clear that they mean business by taking thirteen wins this year. 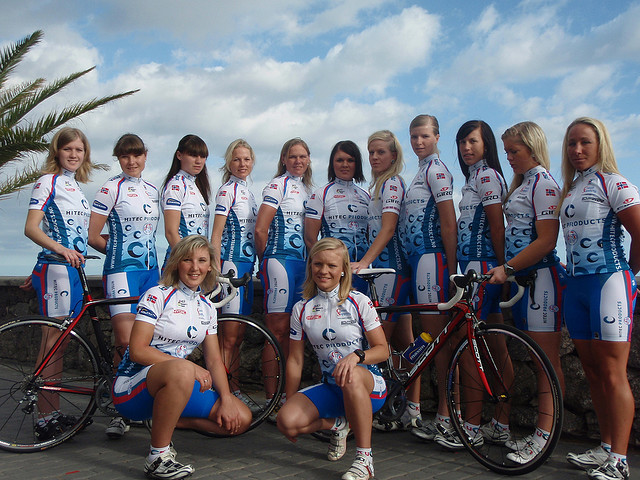 What we wanted to find out were two things:

1. What sort of difficulties does women’s cycling have, how can they be solved?

2. How to build and set up a pro team for success? 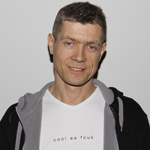 Pedalingtheroad: 2011 has been a fantastic year for womens cycling in general and for Team Hitec products-UCK. What can you tell us about your season impressions ?

We have had a splendid year, we got a head start by signing Emma Johanson, the reigning Swedish champion, but I really feel that the other girls have come forward one by one as the season went on, to everyone’s joy.

Some might wonder how a Norwegian guy ended up running one of the most successful teams out there; can tell us about yourself and how you got into cycling in the first place?

Sure, I’m from a working-class family on my father’s side and a more academic family on my mother’s side. As most, I grew up with football (soccer) and different team sports; I first started to ride a bike when I became a mediocre footballer. You could say I became a mediocre cyclist instead! I have kept sports close ever since, really, working as sporting director in Bryne Cycling Club since 2006 and I have also trained different age groups in football (soccer). For the time being I am technical director and part owner at Hitec Products AS in Stavanger, Norway. We are the world’s leader in electro-hydraulic control systems for the energy industry. [Hitec Products develops and delivers control systems, electro-hydraulic systems and chemical injection systems to the energy industry. -ed.]

How was Team Hitec Products born?

Ullensaker Cycling Club wanted to start the very first Scandinavian pro team for women back in 2008. They wanted Tone Hatteland from Bryne Cycling Club as their sprinter and contacted us because of this. When the financial turbulence hit globally in 2008, the two main sponsors pulled out of the project. Suddenly I found myself organising other things too. I arranged so that my company, Hitec Products, could sponsor the team as main sponsor. Hitec Products was already known locally for being into sports, supporting local football (soccer) and ice hockey, in addition to giving all employees a bike to encourage to better health and environment at work.

I used Hatteland’s network from Holland and Sweden to sign talented and experienced riders to the team. Riders like Isabelle Søderberg and Sara Mustonen from Sweden, along with Danish cyclist Margriet Kloppenburg. Our vision was focused on the Olympics in London 2012.

Creating a team from scratch is always exciting and something of a crossroads. I’m sure you did your share of thinking. What ideas did you have, what positions did you hire first?

The first positions I got in place were management. Then other staff/support positions. We ”inherited” some of the old club riders [Norwegians, -ed.] the first year so I focused on signing a few experienced foreigners as well as completed the roster with young, talented Norwegian riders. This combination was a success. The rest is history, as they say.

If you could single out a couple of the most important criteria for success, what would they be?

Clear and consise goals, the ability to make quick decisions, team before individuals, and a solid base of riders. And the move to attract experienced riders from outside Norway to help coach the younger ones. After all, there was a reason womens cycling in Norway was having problems back then.

Speaking of goal setting, what are the team’s main goals for 2012?

We are going to participate in the Olympics with at least six girls from the team and of course we are going to win the gold medal. We will defend our three championship jerseys (Emma Johanson, Frøydis Wærsted and Ferrier Bruneau). We will also try to win the World Cup. In addition to this, we expect to match this year’s UCI victories (13) and participate in the new TTT at the Worlds.

Lets move on to women cycling in general. Several teams have had to close down this year, among them HTC and Colavita-Forno d’Asolo (the sponsors of the last team have split and sponsor one new team each). How do you think the future of women’s cycling looks – golden or grey?

I see several positive developments in women’s cycling, like more races and a general increase in the number of UCI teams registered. What is truly great about this is the fact that “new” nations arrive. I believe it is important not to get stuck and whine, repeatedly pointing out that we get too little attention here, too low salaries here, and no broadcasting there. It is counterproductive. We have to stay positive and keep working undeterred towards better recognition and create more attention to our sport by continue to focus on the development of quality in every step and the general offer we possess to sponsors and fans. Like what the Norwegian national handball team or the women’s Nordic ski team has done. Women’s cycling is qualitative speaking quite similar to the men’s that I truly believe this is possible. The fact that we ride 2 km/h slower is hardly visible, unlike the differences in for instance football (soccer). Girls also look better on the bike than men. If we are patient, the money and the attention will come naturally.

The debate about how to improve the public interest (and economical aspects) in women’s cycling has been ongoing this autumn. What do you think can be done to improve this aspect?

I believe we have to become so attractive that people wish to spend money on women’s cycling. We can achieve this by doing what I mentioned earlier, by selling ourselves in a positive way without whining too much. That said, TV ad broadcasting is very important. By the way, I was worked up over the road Worlds this year. The peloton was almost not recognizable. Sad to see such a strong team like the Dutch didn’t want to race, betting on a mass sprint. Maybe it was good they didn’t succeed with such negative tactic. Had Hitec Products come home to Norway racing like that in a national race, we’d be bullied, that’s for sure.

Some female cyclists, like Bridie O’Donnell, have said that the UCI are neglecting women’s cycling by not supporting races, salaries issues, to mention a few. They feel frustrated over the situation today. Do you feel the same way?

I am not frustrated. But I note that the UCI are a bit old fashioned in how they view women’s cycling. They can definitely do more for the sport. But I think that they believe that if they introduce minimum salary on the present time, many UCI-teams will close.

You have four new signings in anticipation of next year’s season. What are your expectations for Hitec Products-uck in 2012?

We will have more cards to play in the toughest races, the girls we have signed are world class. Watch out for Elisa Longo Borghini, she is just 20 years old!

Next year we’ll see nine races on the women’s world cup calendar. Any races in particular we should be on guard for an Hitec move?

All of them! But if I have to pick I would say Plouay and Vårgårda, these races we want to improve from 2011…

Thanks again for your time and your thoughts on these matters.