The group representing the rights of French fashion models has filed a lawsuit in Paris against the Association of Professional Cyclists (CPA), which represents most of the professional cycling peloton, for allegedly “damaging the reputation of those who are fashionably thin.” 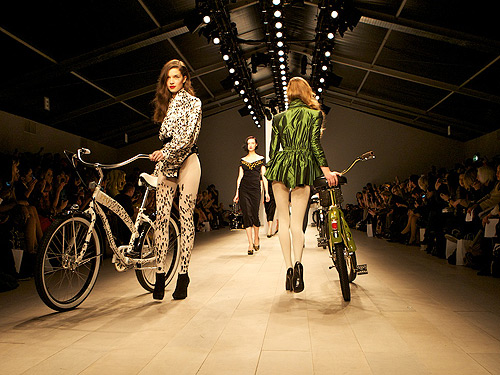 “In their quest to be as lean as possible, professional cyclists have encroached upon the working territory of our modeling constituents. Being excessively skinny and gaunt is their professional domain, and the efforts by these bike riders have jeopardised the reputation of models worldwide,” stated a representative of the legal firm representing FMU.

It seems FMU is taking exception to the current crop of super-thin cyclists sporting a look that fashion models have cultivated over the past 70 years. The fashion industry has been notorious for its drug use, eating disorders, lack of hygiene, and use of any means necessary to stay thin without actually exercising.

“This has been our modus operandi for decades. Now, the professional cycling peloton is taking our carefully cultivated approach and copying our methodology, but with one additional, damaging aspect. They go out and ride 230 kilometres on a bicycle as fast as they can. This is a complete affront to our je ne sais quois,” stated the lawyer representing FMU.

“We can appreciate a model’s desire to be rail-thin, because that’s when the clothes look their best. A mannequin should be the hanger that showcases the ensemble and nothing more. This is de rigeur in the fashion industry, but this is not what cyclists should look like. The last time we saw gauntness and lycra together, it was the disastrous runway collection by Stephen Sprouse that riffed on cycling gear. 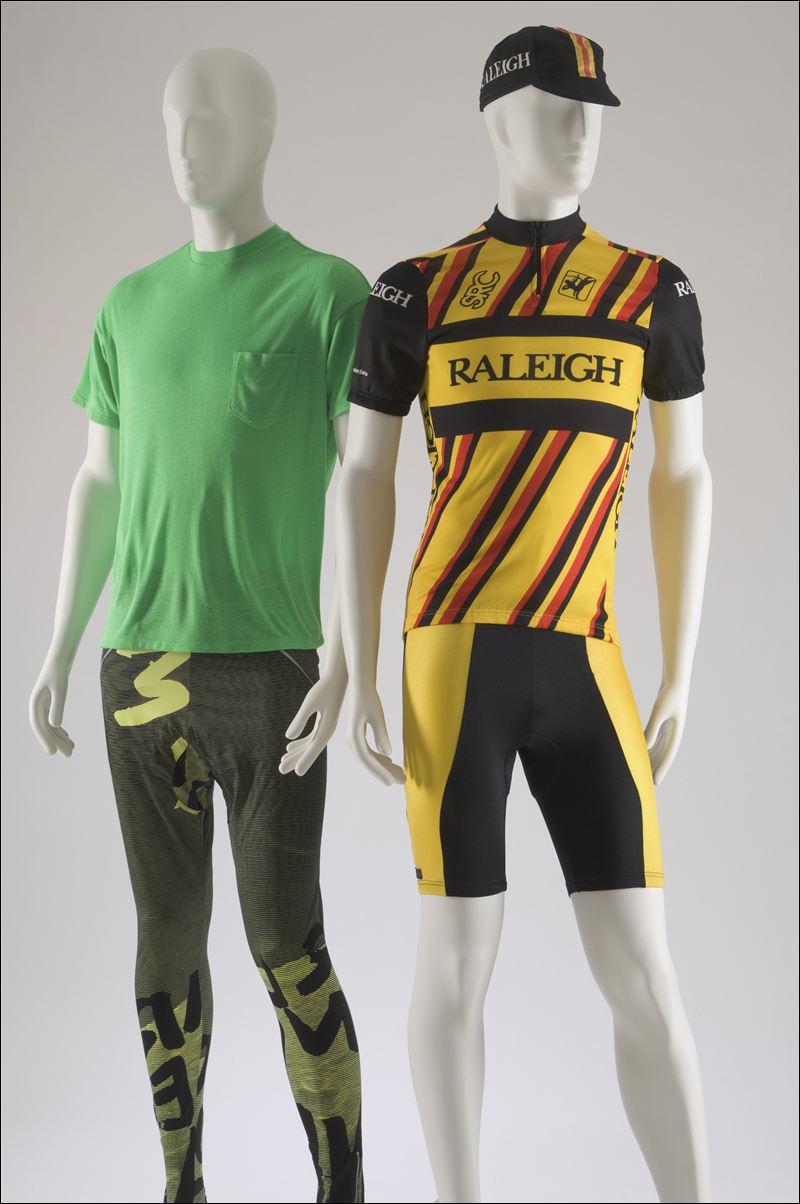 The notorious Stephen Sprouse collection that is best forgotten

The lawsuit is asking French courts to set minimum-weight-to-height ratio limits on the professional peloton in order to ensure that CPA members not infringe on the reputation of the fashion industry. It is also asking all riders participating in the Tour de France to maintain at least 5% body fat.

Karl Lagerfeld, one of the more prominent supporters of the lawsuit noted, “We have to look out for the reputation of our industry, and preserve the valuable identity we have established. We can’t have people expecting our models to do more than walk down a runway. If professional cyclists are permitted to be excessively thin and also athletic, the general public will begin to expect more from us,” stated the disturbingly-thin Chanel designer from a chaise longue in his Paris atelier.

An unnamed source inside the Team Sky camp was incensed by the move.

“This is absolutely ridiculous. We are free to be as thin as we want. So what if all our riders look like an army of praying mantises when they head to the front of the race and slam the rest of the peloton to pieces while being just skin and bones.  We are allowed to suffer from anorexia, bulimia, and excessive drug use just like the birds in the fashion model industry,” commented the anonymous Team Sky representative.

Cycling pundits around the globe welcomed the lawsuit.

“Frankly I think this whole skinny movement is utterly preposterous. It makes it difficult to photograph the podium ceremony when they turn sideways to wave. They disappear into the background completely. This whole thin thing should be left to marathoners only. And fashion models. We need to bring back the beefcake era. Please. I just am tired of photographing these waifs. If I wanted that, I would have been in Milano for fashion week,” commented one cycling photographer who may or may not have been from Bettini Photography.

The FMU representative concurred. “These specimens on bikes should not try to copy the ‘heroin chicness’ of our clients, but rather should exude strength and power, like Fabian Cancellara, Cadel Evans, Mark Cavendish, or even Pippo Pozzato. These are all strong and virile men with striking chests and thick muscular thighs, especially Pozzato,” murmured the FMU representative dreamily.

“My team has a distinct ‘no insect look’ clause in all our contracts,” stated Vaughters.

The CPA has ten days to file a defense, or faces possible injunctions against the professional peloton as requested by the FMU.