It was announced in Luxembourg today that Flavio Becca, owner of  Team Leopard/Trek/Radioshack/Nissan/Cool Scarves has struck a deal with two other teams in order to resolve his problem of having too many title sponsors.

The challenge arose during Monday’s Professional Cycling Council, where Garmin-Cervelo team manager Jonathan Vaughters cited WorldTour Regulation 2.15.055 (Page 91) of the rarely enforced UCI Regulations and challenged Vittorio Adorni to follow “their own freaking rules for once.” 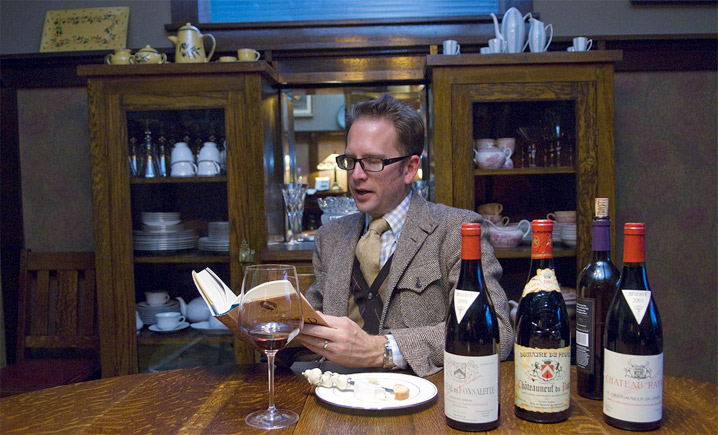 Vaughters quotes regulation 2.15.055 from UCI Regulations Volume 3 to the PCC in Copenhagen

After a three-hour debate on the validity of the rule, Adorni faxed the UCI decision to Becca explaining how his good fortune at securing a plethora of sponsors presented a problem.

“Flavio was less than thrilled that we refused to reward his embarrassment of riches like a vulture to a dying carcass,” commented Adorni.

Becca worked the phones furiously last night, and called his press conference this morning to address the disconcerting issue.

“I’m proud to announce that we have completed a three-way deal with Astana and Movistar to address our ProTeam sponsor challenge. This wasn’t an easy deal, but I’m pleased to say that, once again, I have come out on top in the negotiations. On top. Again,” smiled a happy Becca.

In the terms of the deal, Radioshack has been transferred to Astana, Astana will transfer two of Alexander Vinokourov’s Monaco châteaux and three Kazakh-registered Ferraris to Movistar, and the Movi part of Movistar will be transferred to Trek to become MoviTrek.

The results of the transfers means Becca’s team will now be known as Nissan MoviTrek, Astana becomes RadioAstana but with fewer toys, and Movistar becomes Star Cycling as it awaits the return of Alejandro Valverde.

Eusebio Unzue, team manager for Star Cycling, was thrilled, “We’ve had challenges with the general public for recognition, and the Anglo audience keeps looking for George Clooney when we are at races. Star Cycling can now be a true reflection of the flagship Spanish cycling team.”

Vinokourov, Astana’s spokesperson/star rider/team manager for life was happy to bring aboard Radioshack to his stable of sponsors.

“I really love what they do with the remote-controlled cars. I’m hoping I can have remote controlled riders for the team next year as it will make my temper tantrums happen less frequently,” commented Vinokourov.

Becca was also very satisfied with the outcome, as he never really wanted the Radioshack stigma associated with his team.

“My intention was always to draw upon the marketing genius of Nissan. Radioshack as a brand is comparable to the American creation called the trailer park. They really don’t fit in the high class, high fashion world of the Team Leopard,” concluded Becca.

The final approval for all three team changes will occur during the tail end of the World Championships this week in Copenhagen.