Cavendish adjusting to lack of controversy at new team

In a statement to the press today, a serene Mark Cavendish described his coping strategies for an absence of controversy at his new team. After a 2012 campaign at Team Sky that presented some sort of daily personal challenge, the sprinting superstar has found an abundance of time on his hands at Omega-Pharma Quick-Step, opening the door for other opportunities. 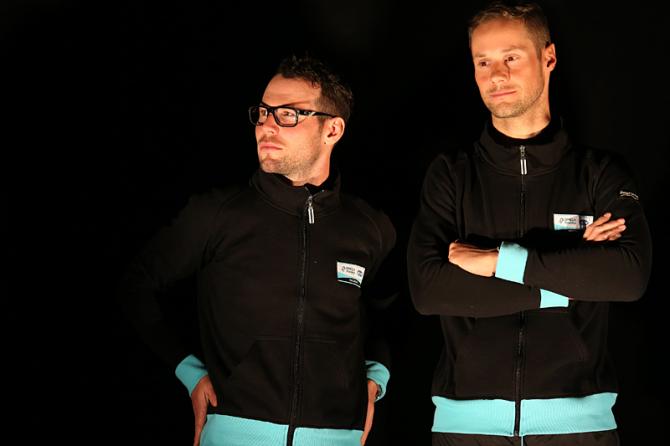 “I have to admit, it’s been a bit difficult adjustment for me at OPQS after a year of absolute trials and tribulations. I’ve had to come up with another hobby to occupy my time,” stated the British superstar at a pre-Tirreno Adriatico press conference in Donoratico.

Last year Cavendish had a challenging season of excessive team infighting with his childhood mate Brad Wiggins. The turmoil culminated with Team Sky former directeur sportif Sean Yates stating over the radio at the Tour de France, “Who the f**k cares where Cavendish is right now, he can fetch bottles until the Champs.”

“Every day there was something new that I had to respond to on Twitter, or a phone call I had to field, or stupid questions I had to answer about riders from the tainted era, all because Brad couldn’t play nice with the press,” commented Cavendish.

The Manxman had to cope with juggling not only the demands of being one of the sprinting superstars of the sport, but also how to deal with a lack of internal team support when Sky principal and Doctor Evil doppelgänger David Brailsford elected to give his all in achieving the goals of Bradley Wiggins.

“I didn’t even get one of those superbikes like Brad rode at the Olympics. Thank goodness they didn’t put me on bottle duty at the last minute during the road race. It was touch and go for awhile, but they still screwed me up for any chance of a medal,” commented the Manx Missile.

With that chapter closed, Cavendish has taken up painting to fill the gaps.

“Since I don’t have to deal with all those team politics anymore, life has been pretty easy. In fact, with all this free time from not having to be on the phone constantly, I’ve had time to learn how to paint landscapes. It’s been quite therapeutic. Plus, Boonen has been fun to cook with when he comes over to my place,” continued Cavendish.

“It’s quite possible the challenges Mark faced last year have taught him the patience to become an accomplished artist. His latest work has garnered the attention of art critics in London who were very impressed with his technique and subject matter,” stated Bakala.

Cavendish is thoroughly pleased with his new hobby and the ability to spend more time with his family without having to satisfy the “ridiculous” media requirements of Team Sky. He also hopes to be able to rekindle his sprint rivalry with Andre Greipel at Tirreno.

“Both Andre and I are tranquillo now. It’s almost as good as our time at HTC with Bob (Stapleton). I’m looking forward to us dueling at Tirreno. I’m also pleased I’m doing the Italian races this year, as I don’t think I could handle awful French food this early in the season,” concluded Cavendish.

The first stage of Tirreno-Adriatico  kicks off Wednesday with a team time trial on the picturesque coast of Italy just south of Pisa.