Euskaltel-Euskadi stormed Ronda Van Vlanderen with a creative means of ensuring riders were at the forefront of the team’s care plan. 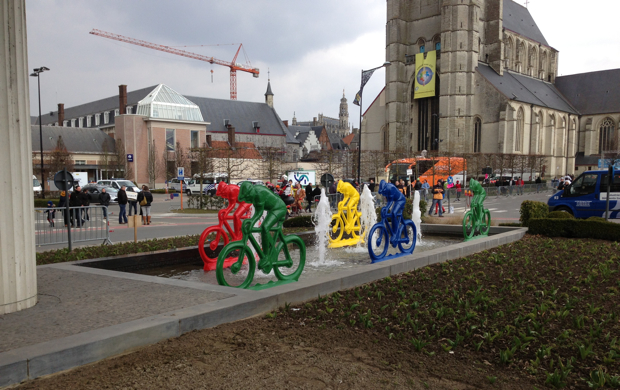 An Orange bus, alone with God and Medicine.

Whilst all other teams parked their death- and near-death star buses in the town square, the Basque battlers were located between the church and the medical tent.

Team welfare director Xanadu Xeriously stressed that the decision was deliberate to fulfil two key roles in rider safety.  “All the team were able to pray in church to prevent crashes on the sign-in stage, and the actual bicycling activity of the day was coated in prayer.  We were also able to speed up the medical treatment of crashing orange people by having a 2-meter gap between the medical tent and the team bus”.

Xeriously went on to add, “We travel far north beyond the Arctic circle to boost the commercial awareness of a Basque telecommunications company, and therefore feel it is vital to call upon the protection of higher powers.  If they bugger up there is always the medical tent. And while you’re here perhaps you can tell me why none of the cycling writers ever want to talk to us? We had one rider finish for God’s sake, which is more that can be said for another team in some year or other.”